In the coolest bar in Washington D.C 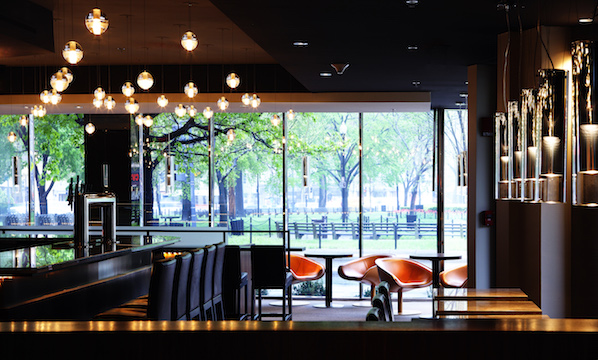 It’s one of the coolest bars in Washington D.C. where you can always be guaranteed an impeccable cocktail. But now there’s a great reason to make another visit – the menu now includes some fabulous new cocktails.

“The Flight” is a story in spirits transportation. Leather wineskins were the first form of moving liquid back and forth for personal consumption. Once infrastructure improved, people demanded different products in other areas of the world.

Enter the wood barrel! Barrels were larger and more efficient. When corn farmers in Iowa and Indiana made their corn moonshine, they put them in barrels and put them on steamboats down the Mississippi. When they received them, they found they liked the oak treatment on the whiskey and decided to age them longer.

When spirits are aged in barrels, you get an amazing layer of flavours depending on the wood used.

There is a great selection of new additions featuring barrel-aged spirits on the menu. 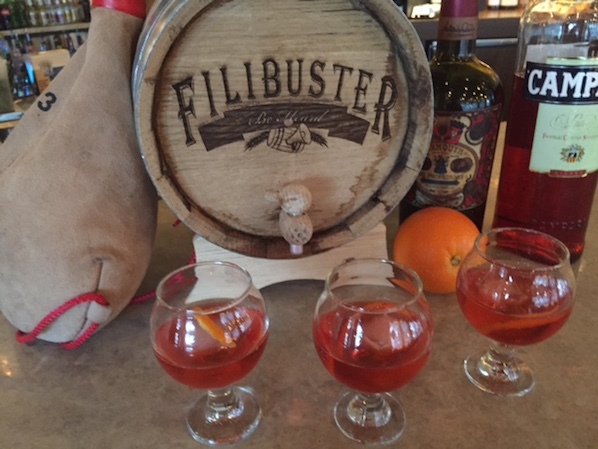 The Final Ward Filibuster Bourbon, Yellow Chartreuse, Lemon, Leopold’s Marachino $14
Nice, light and balanced. Great intro to those who aren’t into bourbon cocktails. This is a play on the classic, The Last Word, which is a Gin based cocktail. This version was created by Phil Ward of Death and Co. in New York.

Boulevardier Filibuster Bourbon, Campari, Sweet Vermouth. Pinch of Kosher Salt. $14
Bitter version of the Manhattan, but balanced with slightly more bourbon and a pinch of kosher salt to bring out the herbaceous quality of the Campari and dull the bitterness

Don’t worry: the classics are still featured strongly on the menu. Sometimes the oldies are exactly what you need…

Classic Old Fashioned Bourbon, Rye, Gin and RHum.
Bourbon and Rye are classic style, with Angostura Bitters and Sugar Cane Gum Syrup. Both are made with Filibuster Rye or Bourbon. $13