A land of power, culture and rich opportunity for unique romantic memories, Washington has a host of impressive and quirky locations in which to capture timeless wedding moments.

With an entire town’s worth of important, influential and eye-catching buildings, a bustling night (and day) life with a raucous atmosphere to match and a host of cool, unconventional haunts tailor-made for engagement and wedding celebrations, Washington is an eclectic paradise. For those behind the lens, it’s something of a dream, too.

“The most popular spots in DC are popular precisely because of the city’s unique status as the capital city of the United States”, says Washington-based photographer  Andrew Morrell. “The city’s monuments and memorials and government buildings and parks are among the most iconic in the world. The location most requested is the  Lincoln Memorial area of the National Mall, including the famous memorial and the  Reflecting Pool.” 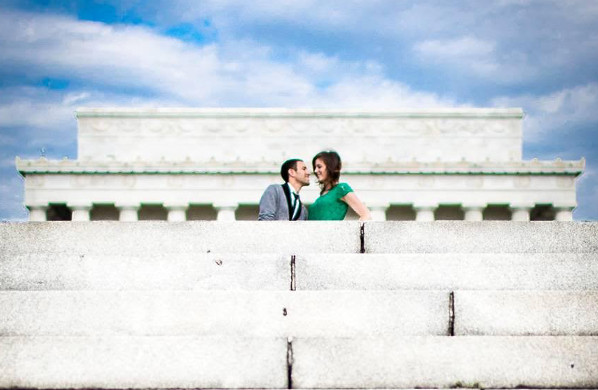 For something a touch untraditional, the Carnegie Institution for Science makes for a surprisingly elegant location and you’re sure to leave the place that little bit smarter while the ToolBox Pilates Art Studio is a warm, intriguing choice that looks incredible with natural light flooding through the windows.  If you’re looking to keep those special moments indoors, Andrew recommends pitching up at the contemporary-yet-classical National Building Museum due to its magnificent Great Hall, towering 75-foot tall Corinthian columns and overall enormous space. You can also harness the cultural aesthetic and attempt to create your own immortal still life with a trip to the hugely picturesque National Gallery of Art. Andrew says to look out for the tunnel between the gallery’s two wings as a really unique spot for a great shot or two.

For something quite different and sort of straightforward – “If you can do it!”, notes Andrew – why not brush up against the hustle and bustle of Washington DC by braving a busy Metro station? It might sound a little quirky, but with a lively and unpredictable atmosphere and location-specific signature images dotted about the place, you’re guaranteed something off the beaten path. The Franciscan Monastery of St. Francis Hall gives you chance to create a timeless still life. 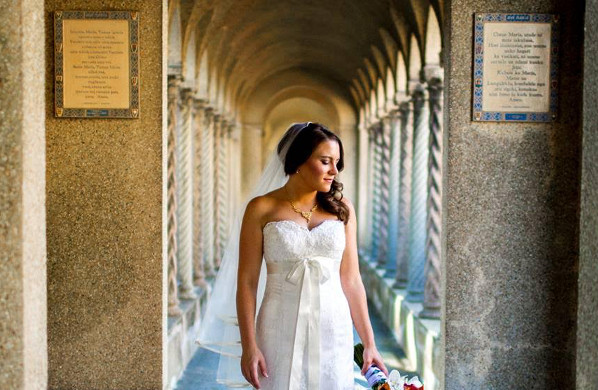 Outdoors is another story entirely. Andrew is especially fond of environmental portraiture as it puts people in a specific place and ultimately creates and tells an individual story. “Putting a couple in an interesting place, for me, means that I need to keep the couple the primary focus, but make the entire image an artistic expression of the environment they are in.”

As such, a trip to the illustrious neighbourhood of Georgetown is an ideal destination for pop culture aficionados, history buffs, food lovers and night owls alike. Students of classic cinema won’t want to pass up a visit to 36th Street NW where they’ll find a set of stairs associated with vintage horrorThe Exorcist. If that’s a tad too unnerving for your photo album, perhaps a stop at Billy Martin’s Tavern and the booth where President John F. Kennedy reportedly proposed to Jackie Onassis.

There’s also the Mongolian Embassy and the rich splendour and decorative art collections found in the National Society of the Colonial Dames of America at Dumbarton House. Elsewhere, the carousel at the National Mall is a great place to record colourful, in motion activity while Gravelly Point Park gives you the opportunity to take to the skies without ever leaving the ground as aircraft begin their descent into Reagan National Airport from the heavens above. 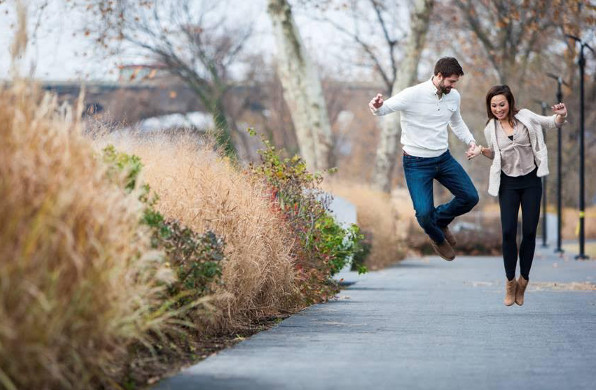 As for hidden gems, Andrew’s favourite two spots are the South Senate Park along the US Capitol Building thanks to its stunning views of the Capitol dome, picturesque water fountains and a secret vent that will blow a wedding gown up in the air to create a Marilyn Monroe moment, and the back of the Lincoln Memorial where you can escape the tourists and steal an intimate moment. So, whatever you fancy for your glorious celebration, the great state of Washington has you covered and then some!