Blog (The Melting Pot of Washington)

Filed under:
The Dupont Circle
Written by
Christine Grimaldi

The Melting Pot of Washington 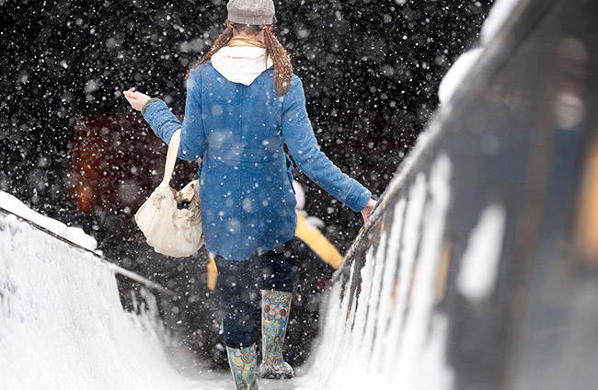 Dupont Circle doesn't seem like a place to consider the more existential questions in life. It’s a park enclosed in a traffic circle enclosed in a neighborhood that all share the same name.

On a Saturday morning in November, it’s simply a leaf-strewn retreat from the marble testaments to power that seem to rise from the ground in Washington, D.C., as naturally as amber waves of grain or purple mountain majesties in other parts of the country. A toddler in the truest sense of the word falls to the ground in the park. “Back up,” his father says. A young woman in tight yoga pants carries a cup of coffee. She won’t be the last. A group of middle school students from New Jersey shuffles one by one in their green and blue and pink and red sweatshirts. A handsome older man with close-cropped silver hair and a tan-fitted jacket strains to read his smartphone against the glare of an unseasonably warm sun. He closes his eyes. Serenity now.

Dupont Circle, however, raises all sorts of questions about who you are and who you want to be. If you stand atop the steps of the fountain honoring Civil War hero Samuel Francis Du Pont, you will have a 360-degree vantage point from which to assess the ten directions your life could go in at that moment. P Street, New Hampshire Avenue, 19th Street, Connecticut Avenue, and Massachusetts Avenue all extend from the circle like the points of a compass rose. Fancy yourself an aspiring secretary of state? Head northwest on Massachusetts toward “Embassy Row,” where you can try to broker peace or stage a protest. Are you more interested in running for Congress? Head southeast on Massachusetts toward the U.S. Capitol. The National Zoo beckons from the north side of Connecticut. Jazz beckons from the clubs on historic U Street, a short northeasterly walk up New Hampshire. If all else fails, the Metro entrances to the north and south of the circle will get you where you need to go. 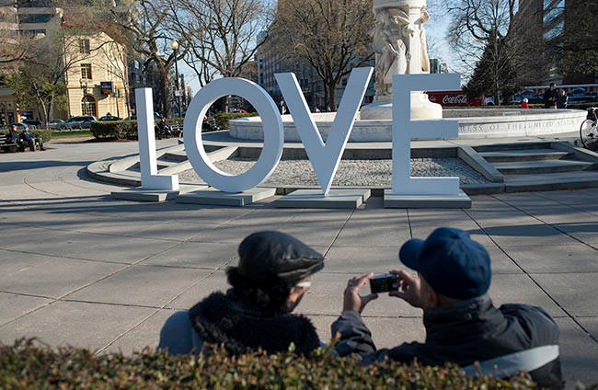 If you’re feeling less adventurous, you can always stay closer to the circle. From museums to shops, bookstores to bars, you’ll still experience more in the surrounding neighborhood than you could ever possibly describe on the back of a postcard. Spain is home to the running of the bulls. Dupont is home to the high heel drag queen race, where muscular glamazons have competed to cross the finish line every October since 1986. In the summer, yoga students spill out of the studios and spread their mats in the circle proper. The year-round Sunday farmer’s market offers tastes of locally sourced goat cheese and apples, vegetables and meats. But you can get any kind of food you want from the restaurants lining the sidewalks: French, Thai, Italian, and Lebanese are only some of the options. Or just knock on the door of the Embassy of Senegal, which is sandwiched between two bars, and ask where the ambassador prefers to get his food to go. 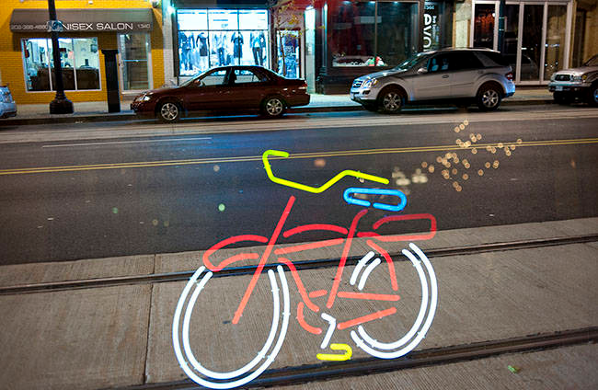 You can bring it back to the park on a warm November morning. A father dangles his toddler in the pile of leaves gathered at the base of the Du Pont fountain. The sound of tiny gray-and-yellow sneakers stirring the leaves is louder than the cars playing an endless game of “ring around the circle.” Concrete chess tables are usually available around the edges of the park if you’re up for a mental challenge. If you prefer to let your mind wander, to watch people come and go, find a spot on the inner loop of benches that mimics the asphalt loop behind the trees. There’s no better place to forget you’re in Dupont Circle than Dupont Circle. 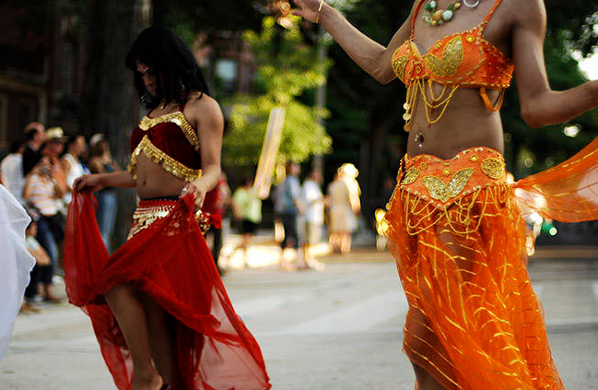 Christine Grimaldi is a writer based in Washington, D.C. Her work has appeared on  Washingtonian.com, in the  Atlantic Cities and in  Talking Writing magazine. Follow her on Twitter  @chgrimaldi.