Blog (A Day in Bristol)

A Day in Bristol 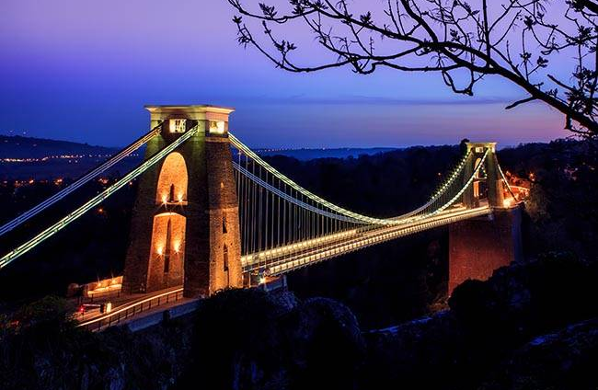 In other words, no matter where your interests lie - there’s plenty to see and do! With that in mind, we’ve put together an itinerary to help you get the most from your day out in Bristol. Read on…

UNIVERSITY OF BRISTOL BOTANIC GARDENS
We recommend you start your day off with a relaxing stroll around the  University of Bristol Botanic Gardens; conveniently located on the central Stoke Park Road. These beautiful gardens are home to an astounding 4,500 species of local and rare flora. Be sure to check out the aquatic plant displays too, to learn how native plants thrive in the local habitat.

SS GREAT BRITAIN
Next, we suggest you take a local history lesson on board the majestic  SS Great Britain; a former passenger steamship that’s now a major museum piece in Bristol Harbour. The area around the ship features a museum, library and the Brunel Institute - where you’ll learn all about Bristol's fascinating maritime history.

If you can, be sure to also take a private tour inside the Great Britain, where you’ll experience the sights, sounds and smells of life on board the ‘ship that changed the world!’ As you ‘set sail’, you’ll learn what life was like on board this awesome vessel during the 19th century, and follow its unbelievable journey from launching in 1843 to its rescue from a remote cove on the Falkland Islands years later in 1969. You’ll also come to understand how this legendary ship revolutionised travel and mechanical engineering with its radical design. 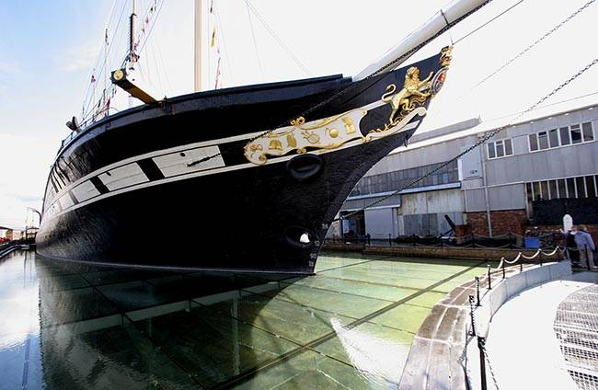 BRISTOL PACKET BOAT TRIPS
Being on board the SS Great Britain will surely leave you yearning for a maritime adventure, and we’ve got just the thing!  Bristol Packet Boat Trips run a ‘City Docks Tour’ every weekend. Here, you’ll set sail from Wapping Wharf (waving goodbye to the Great Britain) and cruise around the Floating Harbour, while learning all about the docks’ history.

AFTERNOON TEA AT THE BRISTOL HOTEL
By now you’ll no doubt have worked up quite an appetite, and will fancy a sweet treat! The Bristol Hotel serves up that most delicious of meals - Afternoon Tea – between 2pm and 3pm each day. Here, you’ll feast on delicious finger sandwiches, sumptuous freshly-baked scones, decadent cakes and the best selection of teas found in Bristol. The perfect pit-stop before heading back out into the city!

BRISTOL CATHEDRAL
is famed for both its colourful history and beautiful interior, and is well worth a visit. This amazing structure can in fact trace its origins back to 1140, when it was originally known as St. Augustine's Abbey. Its Elder Lady Chapel was built around 1220, and it also boasts stunning Gothic designs, created between 1298 and 1332.

You can visit the cathedral daily from 10am - 5pm, for worship or to arrange a tour. However, be sure to book your visit in advance with the chapter clerk to avoid scheduling conflicts. 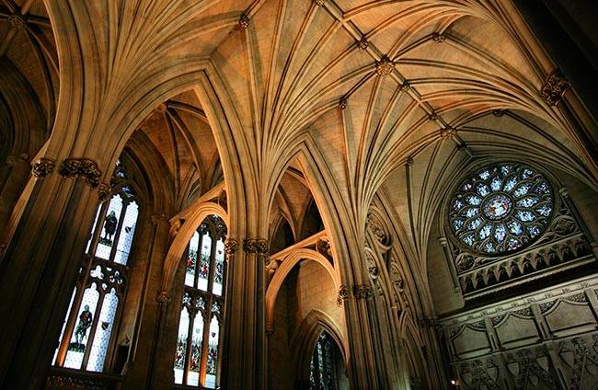 SEE NO EVIL – STREET ART
Some contemporary culture next; and one of the most innovative projects in the city. In 2011, graffiti artist Inkie joined Bristol music promoters Team Love (with support from Bristol City Council) to transform the city’s Nelson Street into a permanent street art exhibition; the biggest in the UK. Here, you’ll find creative, colourful art pieces by Bronx-based Tats Cru, LA artist El Mac and Amsterdam’s Shoe, to name but a few. You can also watch ‘Who’s Lenny’ while you’re there; a documentary about how the project came to be. In it, you’ll learn more about the artists, including Bristol native Inkie himself - who came second in the 1989 World Street Art Championships.

BRISTOL PIRATE WALKS
Yes, you read that right! The enigmatic ‘Pirate Pete’ runs a fun and entertaining ‘ Pirate Walk’ around Bristol on Saturdays and Sundays, which informs visitors about the city’s maritime past. During this one-hour tour, Pete will fill you in on what life was like during the 16th, 17th and 18th centuries – with swashbuckling tales about smugglers, trading, treasure, and of course – pirates. You’ll visit Treasure Island’s Spy Glass Inn and also head down to the city’s medieval port - where you’ll visit Blackbeard’s notorious lair!

CABOT TOWER & BRANDON HILL
Near Park Street in Bristol’s West End, you’ll find the city’s oldest park;  Brandon Hill - a picturesque spot that’s home to a beautiful nature reservation area. What’s more, Brandon Hill is home to one of the Bristol’s most well-known landmarks; Cabot Tower. Standing 105ft tall, the tower was built to commemorate Italian explorer John Cabot’s infamous 1497 voyage from Bristol. Visitors can climb the spiral staircase inside the tower and enjoy a panoramic view of the city.

CLIFTON SUSPENSION BRIDGE
What more perfect way to round off your day in Bristol than with a visit to the  Clifton Suspension Bridge at sunset. The bridge – one of the city’s most iconic landmarks - was designed in 1830 by English engineer Isambard Kingdom Brunel after more than 70 years of discussion! It was finally completed in 1864 as a living memorial to Brunel. You can learn more about the bridge’s history at the Interpretation Centre, located at the Leigh Woods entrance.

PUBS & NIGHTLIFE
Bristol is famed for a vibrant nightlife and clubbing scene, meaning you’ll be spoilt for choice deciding where to go come evening time! Given the city’s fascinating maritime history, there are lots of quirky pubs worth visiting.

Fans of Robert Louis Stevenson’s Treasure Island should check out  The Hole In The Wall on Three Queen’s Lane – the inspiration behind the novel’s famous Spyglass Inn. The Hatchet Inn on Frogmore Street is one of the city’s oldest pubs – be warned though, its door is said to contain layers of human skin! The Pitcher & Piano looks out onto the waterfront; perfect for a quiet drink after a day’s sightseeing.

Fun-loving visitors seeking a wilder night should check out Oceana (home to five themed bars and two clubs!), Reflex (who love their ‘80s tunes), or climb aboard Thekla, a floating live music venue and club! Whatever your style, you’ll find the perfect night out in Bristol.