A cheat’s guide to grape varieties, by Anne McHale MW

Become a wine expert in minutes

Wine can be complex to get your head around. Yet you would be surprised how, with just a little background knowledge, you can start to navigate your way around a restaurant wine list with ease.

First up: grape varieties. Pretty much all wine is made from a single species of grapevine (vitis viniferain Latin), but this species has literally thousands of different varieties which all exhibit different characteristics; e.g. different colours, aroma and flavour profiles, adaptability to the local climate and even the thickness of the skins on the grapes. All these affect how the finished wine in your glass smells and tastes. Clearly I am not going to guide you through thousands of different grape varieties! So what are the key ones?

With white wines, two of the most popular are Sauvignon Blanc and Chardonnay. They generally make very different wines. 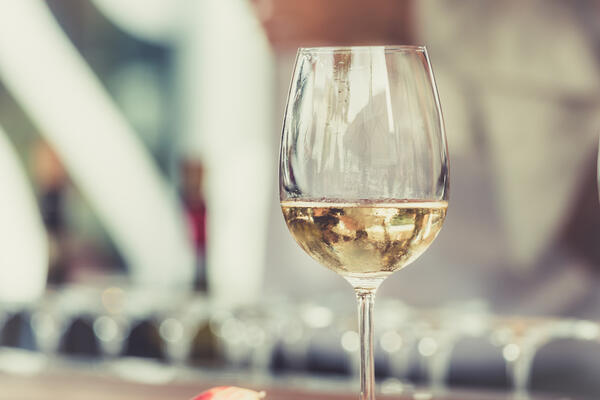 Sauvignon Blanc (a very fashionable grape) is most typically grown in a cool climate and makes wines which are light in body with aromas of freshly cut grass, asparagus, citrus fruit and passionfruit. These wines make your mouth water because they are high in acidity.

Chardonnay is possibly one of the world’s most misunderstood grapes. Many wine-drinkers still associate it with the soupy, heavily-oaked Australian examples from the 1980s, but in reality it has potential for a huge range of styles which are heavily dependent on the climate in which you grow the grapes and the winemaking methods used. So a Chardonnay could range from a crisp, green apple-scented unoaked example with high acidity through to a tropical fruit bomb, mouthfilling and rich with toast and vanilla notes absorbed from ageing in oak barrels. 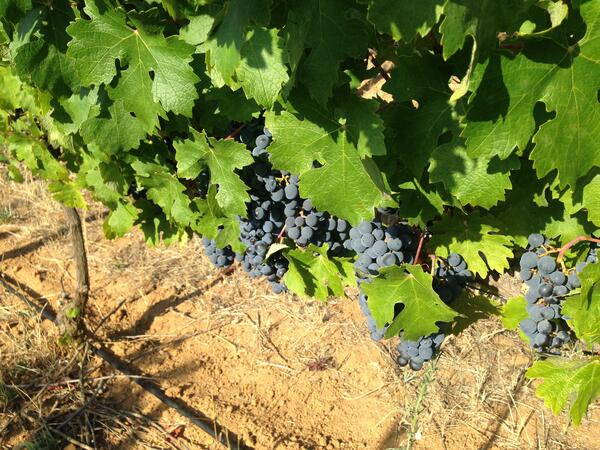 Cabernet Sauvignon grapes on the vine

Four of the most popular red varieties include Pinot Noir, Shiraz, Merlot, Malbec and Cabernet Sauvignon.

For those of you who don’t like a big, rich red, Pinot Noir is the grape to plump for. It makes delicate, lighter-bodied wines (often described by wine geeks as ‘elegant’) with red fruit aromas and flavours.

If you prefer a fuller-bodied style of red, go for one of the other three; you’ll find them on most wine lists. Shiraz has lovely peppery spice notes, Merlot is the smoothest with delicious plummy character, Malbec is similar with lovely chocolatey notes and oodles of black fruit, and Cabernet Sauvignon, as well as making wines with beautiful blackcurrant aromas, is the grape with the thickest skins and hence the highest in a substance called ‘tannin’ which comes from the grape skins and tastes slightly drying in your mouth. The higher the tannin, the more you can enjoy the wine with rich meaty dishes like steak or casserole.

It’s not quite as straightforward as simply knowing your grape varieties, however. The varieties I’ve mentioned above are planted all over the world, but believe it or not they all originated in France, where each of them has always belonged to specific regions. The confusing part is that in France you don’t always see them on wine labels, because the French tradition is not to call wine after the grape, but after the place where the grapes are grown. So there are in fact connections which you may never have made between famous French wine names and their well-known grape varieties. Do you like to sip Sancerre? It’s made from Sauvignon Blanc. Do you delight in drinking Chablis? It’s the world’s most famous example of unoaked Chardonnay. Do you enjoy splashing out on a Meursault? It’s also a Chardonnay, but with the vanilla, toast and smoothness of classic oak ageing. 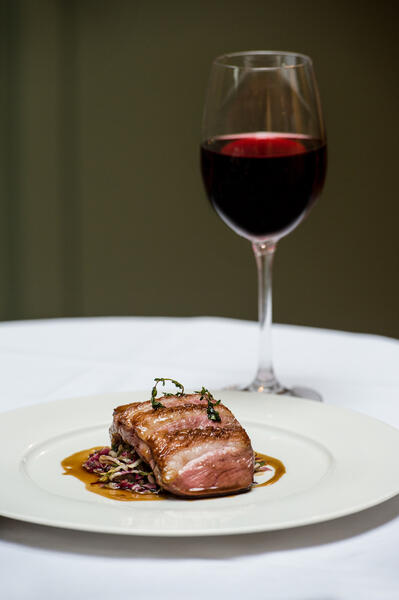 Red-wise, if you’re partial to Pinot, you’ll need to look out for reds from Burgundy where they’re nearly all made from this lighter grape, for example in famous wine villages like Gevrey-Chambertin and Nuits-St Georges. If you like to drink Bordeaux, then you’re already a Cabernet Sauvignon and Merlot lover because those are the two key grapes in a red Bordeaux blend. The home of Shiraz, or Syrah as it’s known in France, is the Rhône Valley with famous names like Hermitage and Côte-Rôtie being the stars.

There’s a lot more to cover, but getting your head around the key varieties and some of their most famous French incarnations should definitely give you a head-start on that restaurant wine list!

Anne McHale Master of Wine (MW) curates the wine lists at all three of The Doyle Collections London hotels. Look out for her special food and wine pairing evenings at the hotels.