Blog (A Newbie’s Guide to Cork)

A Newbie’s Guide to Cork

From Paul Bloomer of The River Lee 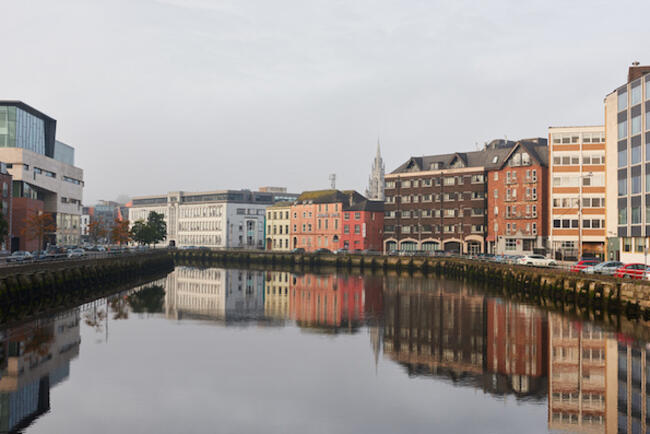 When you see a city from a newcomer’s point of view, your eyes are open to all kinds of new places. However well you know a city, you can get stuck in a loop of visiting your favourite spots without noticing new places popping up. And that’s not to mention the tourist attractions – so often they are off the radar for someone living in a city (just ask New Yorkers how often they go to the Empire State Building).

Paul Bloomer is the General Manager of the Bar & Terrace on the Weir at The River Lee, and moved to the city just a few months ago. We spoke to him to find out his new favourite haunts, what he loves about Cork and the places he thinks should be on everyone’s hotlist. 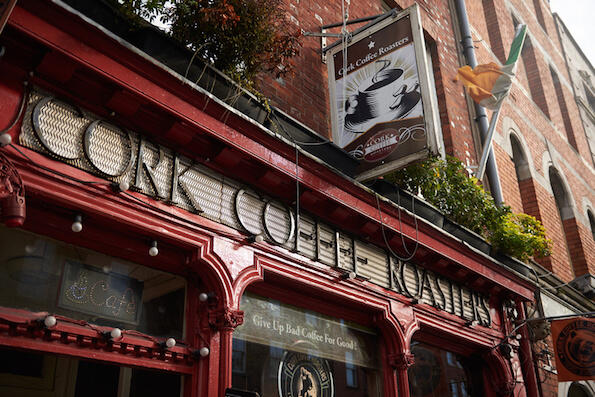 “I moved to Cork in May 2017. Prior to this, I had never visited this amazing part of the world and now that I have experienced what I have to date, it saddens and annoys me that I never made the effort.

I suppose my interest in Cork began when I was made aware of The Doyle Collection. I was presented with an opportunity to join the company at The River Lee hotel based in Cork city and my research into this part of the world began.

If truth be told, I knew next to nothing about Cork apart from the fact it was home to some of the most beautiful whiskey and gin offerings in the world. It was only when I started to read up on both the history and the surrounding areas that I knew in my heart I had found a place of which was not only full of warmth but also an up and coming city where development was meeting the needs of people’s wants and expectations.

Moving home and job brings mixed emotions to the table, as there is a fine line that needs to be kept between excitement and reality. The thought of a new city, new job, new people, new house etc is very exciting, but in reality it’s also like starting a part of your life all over again. New friends need to be made, new relationships need to be built and a new unknown path needs to be created. I am just very thankful that the amazing people that Cork is filled with made this transition period very pleasant.

Cork city centre is amazing, it’s truly buzzing. From the characters that fill the streets to the English Market, the varied food and drink offerings that cater for each and every need make this city one which I fell very easily in love with. This then extends to its surrounding areas - The Blarney Castle is just down the road, as is the picturesque town of Kinsale, which I love to visit.

I suppose my first love was Middleton, home of the Jameson Distillery. Working in hospitality and being so familiar with this fantastic brand made it a stop that was top of my list. And it did not disappoint, though I do not recommend this tour with a hangover!

I suppose a nice added bonus to my job is that I need to both see what others are doing and what is on offer, so it’s vitally important to keep up with market trends. Cork is blessed with some beautiful eating establishments. I was very fortunate that one of my first introductions to the food scene was to pay a visit to Ballymaloe House. This restaurant and guesthouse has been going for over 50 years and serves cuisine that I can genuinely describe as fantastic.

I equally love what is going on within the city, and how each venue brings its own personality and love to the area. I have crossed the door of Elbow Lane and Market Lane more than a few times and Liberty Grill would be a regular stop for me.

As much as I can’t speak highly enough for the food and respect for local produce I feel it’s the people that make this city its own. Whether it be a warm welcome with a shake of the hand or a chat over the bar whilst sipping on an Old Fashioned there is an element of trust that makes it feel like home away from home.

After a long day at work I can happily nestle into the corner at The Oval Bar and sample its fine pour but equally The Franciscan Well Brewery serve a great pint in comfortable surroundings. Over the past few weeks I have had a few friends in town and it would have been be rude to bypass places such as Brick Lane, The Roundy and Mutton Lane.

My advice for visitors is to get out and about as quickly possible and get chatting to people. There are lots of places to visit and see and if time is of the essence then use it wisely. Definitely visit the beautiful Farmgate Café within the English Market.

A wise man once told me that you can dream, create, design and build the most wonderful place in the world, but it takes people to makes the dream a reality. Cork is definitely filled with those people to make this happen.