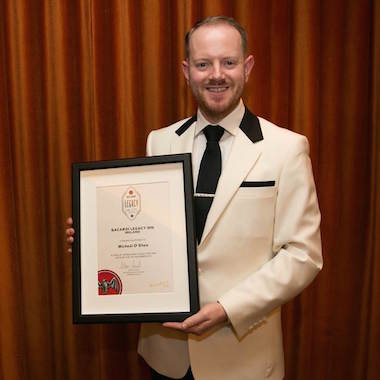 As well as being one of the chicest bars in Dublin, The Westbury’s Marble Bar serves up an impeccable cocktail. And now, head bartender Micheál O Shea has made the final of the prestigious Bacardí Legacy competition. We chatted to Micheál about his award-winning cocktail, his inspirations and the next stage of the competition.

How did you start off in the industry?
I started bartending back in 2001. My first bar job was with the Jury’s Doyle hotel Cork (now the River Lee hotel). I spent most of my twenties in London, and I've been living in Dublin since 2012. I worked previously for the Marker hotel and the Four Seasons hotel Dublin, and I'm currently the secretary of The Bartenders Association of Ireland. 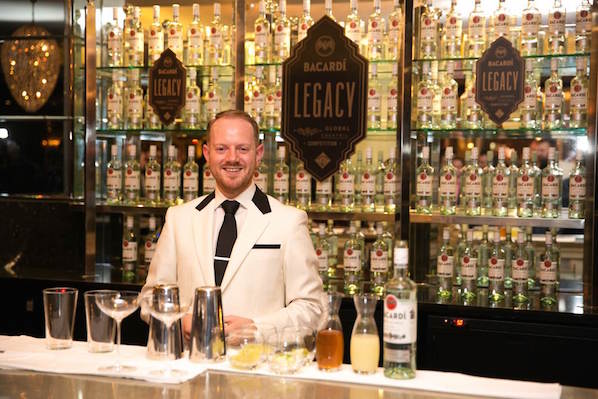 Can you tell us a little more about Bacardí Legacy, how the competition works and the cocktail you created for it?
Bacardí legacy is a global cocktail competition that challenges bartenders to create a drink that can join the ranks of “legacy drinks”, such as the mojito or daiquiri. The cocktail should have mass appeal and be easy to replicate anywhere in the world.

In each country the following structure is followed: from initial online entries, six bartenders are selected. These bartenders present their cocktail to a panel of judges and talk about its inspiration. They also present a marketing plan that they would execute if selected as one of the ’3 most promising’. These three are given three months to promote their drink locally, nationally and internationally. At the end of the three months a national champion is selected to compete at the global final.

The global final for Legacy 2016 takes place in San Francisco next April.

The cocktail I created is called VAMOS. Translated to English, this means ‘Let's go!’ It's made with Bacardí Carta Blanca, fresh lime, honey syrup, green grapes, apple juice and nutmeg.

What's the next stage of the competition?
I have been selected as one of the ‘3 most promising’ in Ireland and now I must execute my marketing plan over the next three months.

What gives you the inspiration for a new cocktail?
I find inspiration from all sorts of things. I look at history a lot. What can I take from the past and how can I make it relevant for now. I try to take inspiration from things in my life… who I've met, where I've travelled. My inspiration for VAMOS came from looking at both The Bacardí family story and my own family.

Do you serve classic combinations, put a twist on the old or make new concoctions?
We do all of the above. The classics are the cornerstone of all good cocktail menus. Practising classic drinks is essential for a bartender to gain the experience that allows them to create twists and new creations. Pretty much all cocktails out there are a variation on some level of a classic recipe.

What's your favourite cocktail to make?
I like making ’old fashioneds’ (bourbon whiskey, sugar, angostura bitters, orange) although they take a bit of time to make (rule of thumb says if you don't take 5 minutes you’re not making it properly). So it’s not great on a busy night! I love the aroma of the orange with the bitters. 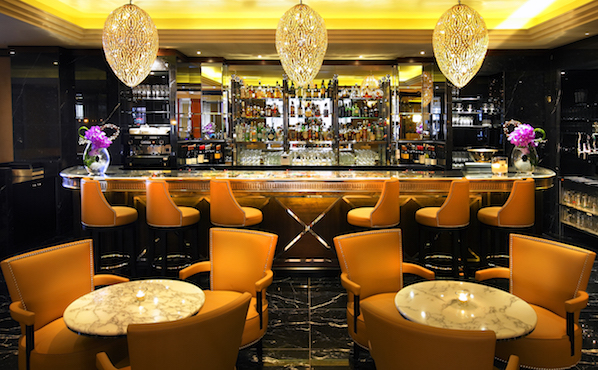 What is your personal favourite?
Am I allowed to say VAMOS?! Just kidding! My favourite cocktail is a well-made Old Fashioned. Which is not the easiest thing to find.

How has the cocktail world changed over the last 5 years?
The world of cocktails is always changing. Over the past 5 years the standard in Dublin and Ireland has risen so much. I believe the best here can compete on a level with the best anywhere else in the world.

There has been a growth in the theatrical side of mixing drinks. Smoke and fire are now commonplace in the top cocktail bars. Giving the guest a unique experience that encompasses as many senses as possible is at the forefront of most bartenders’ minds now when creating a new cocktail.

Craft cocktails are bit at the moment. This is where a bartender creates some of the ingredients themselves such as homemade cordials, bitters, tinctures and shrubs.

Long under appreciated or misunderstood drinks such as vermouths, Sherries and ports are being seen a lot more now on cocktail menus.

What is the best cocktail you've ever drunk and where did you have it?
The best cocktail I ever had was a ‘Manhattan’ in the Four Seasons in New York a few years ago. The location, the service, the drink all combined to create an unforgettable experience. (That was before I had the following Manhattans, of course!)

Check back on the blog soon for a recipe post from Micheál, where he’ll show us how to make one of his classic cocktails.