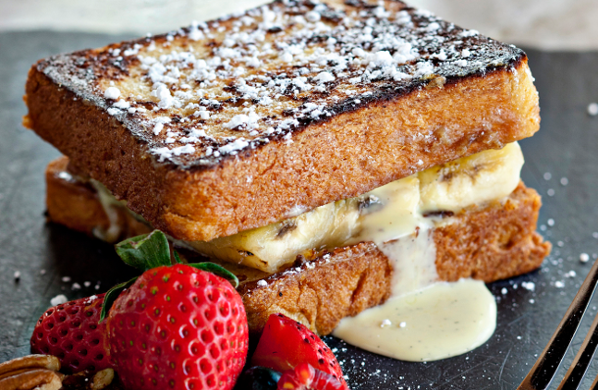 For most of us, it’s the first chance we get after a hectic week to slow down and catch up over a lazy meal (and maybe even a Bloody Mary).

Brunch is a big business in The Café Dupont, at  The Dupont Circle Hotel in Washington. With a menu featuring all the classics (there are no less than nine egg dishes on offer) and some new and funky twists (a carrot mimosa, for one) there’s no finer spot in town for some weekend indulgence.

We persuaded the executive chef, David Fritsche, to share his recipe for a wickedly tempting Banana French Toast. Give it a try this weekend to bring a taste of Washington to your own front room. 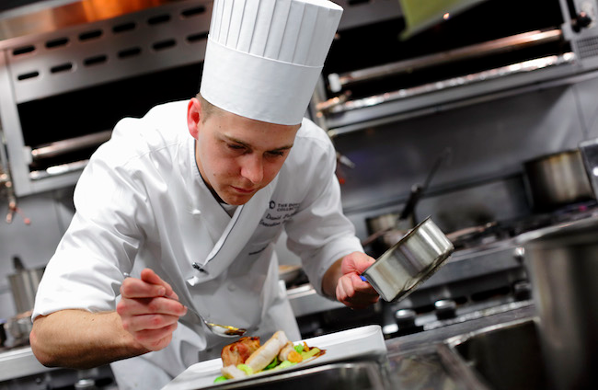 2 slices of fresh brioche (Café Dupont make their own, but you can pick it up in most supermarkets and bakeries)

1 oz. Vanilla Anglaise (you could also use a thin custard)

Mix the eggs, milk and cinnamon in a medium bowl and whisk lightly.

Dip brioche in egg mix until it is evenly coated.

Heat a sauté pan to a medium heat with a little clarified butter, and pan-fry the slices of brioche until they’re golden brown on both sides.

In the meantime, cut the banana in half and sauté in butter till brown and tender.

To assemble the French toast, put the sautéed banana on top of a slice of the cooked French toast, sprinkle over the roasted pecans and a drizzle of the vanilla Anglaise. Top with the other piece of French toast, and dust with powdered/icing sugar.