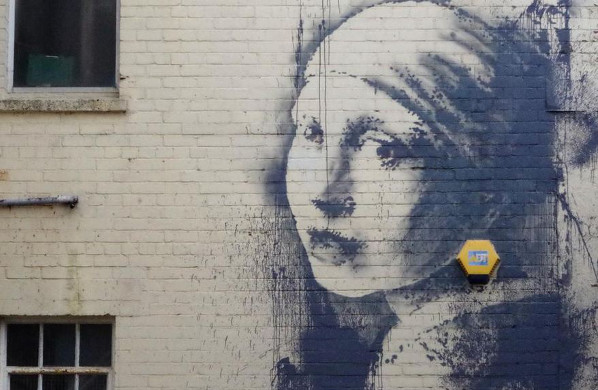 Before Banksy became a world-famous artist, he was just another kid on the streets of Bristol with a can of spray paint in his hands. Some of his earliest work is hidden around the city, and spotting it makes for a great self-guided walking tour.

Start your walk at the M-Shed Museum on the harbourside where you will find Banksy’s painting of The Grim Reaper, a white hooded figure in a rowing boat displayed outside the Bristol Life Gallery.  This has recently been moved from it’s original position on the side of a former cargo ship known as The Thekla which is moored in the harbour.  It had huge exposure to the elements in its original position and was deteriorating rapidly, so the decision was made was to remove it and carry out conservation work.  It is now on long term loan to M-Shed.  You can also see Banksy’s Tesco Value Petrol Bomb poster on display in the Bristol People Gallery at M-Shed.

From the harbourside, head towards Park Street. Banksy's artwork Well Hung Lover– a naked man hanging from a window – is actually on the side of a sexual health clinic on Frogmore Street, but the best views are from the bridge at the bottom of Park Street that crosses over Frogmore. The Bristol Museum and Art Gallery is at the top of Park Street, and Banksy's sculpture Angel Bust, a statue of an angel with a paint pot on her head, can be seen in the main foyer.

From here, head north towards Stokes Croft, where you'll find plenty of trendy clothes shops, record stores and quirky boutiques. This is the heart of Bristol's cultural quarter, and Banksy's painting Mild Mild West is located next to the creative hub The Canteen, where you can also stop for a snack. The whole area resembles an outdoor gallery with colourful graffiti that transforms the walls and buildings – a must for street art fans. 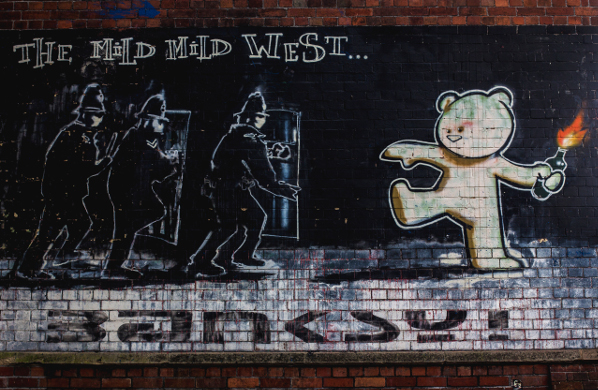 Now catch the No 13 bus from stop C on Penn Street towards Frenchay, getting off at Robertson Road in Easton. It's slightly further out of the centre, but Banksy used to live in the area and it contains some of his oldest works and so is a mecca for enthusiasts. Cat and Dog – an early Banksy painting of a graffiti-spraying cat, being approached by two threatening dogs – is located on Foster Street, on a wall covered in fantastic street art by many different artists.

Finally, head north-west out of Easton along Fishponds Road, where you will find his hugely popular Gorilla in a Pink Mask on a wall of the former North Bristol Social Club. It was mistakenly painted over in 2011, then partially restored and now appears as a ghostly figure looming out of the mist. 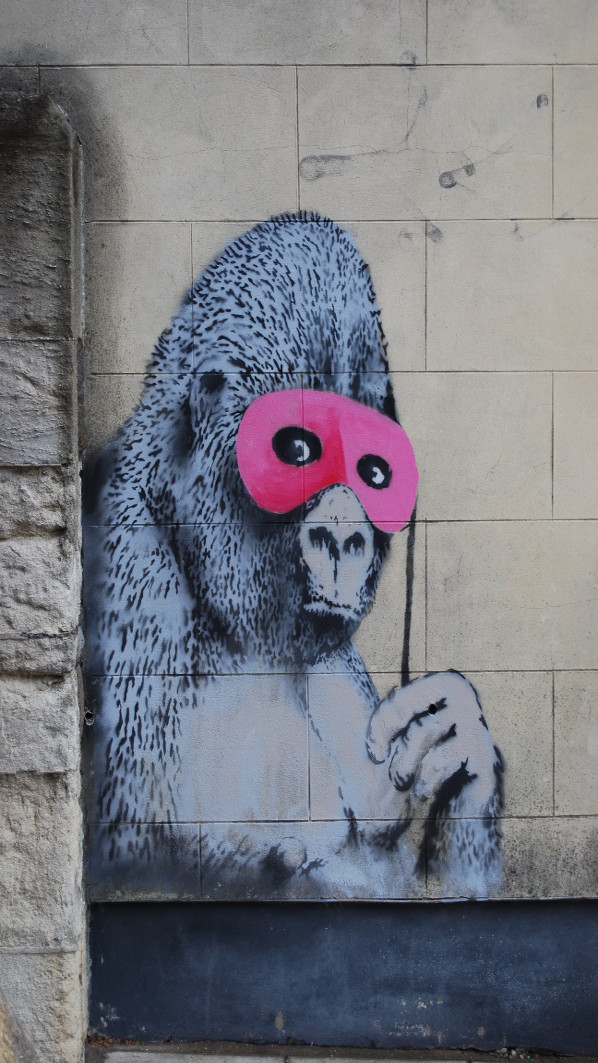 So whether you are a Banksy lover and enjoy the juxtaposition of his incredible art, or you just appreciate something a little different, Bristol is the perfect place to savour some amazing culture.

Copy from wherethewall.com and with information from The Guardian