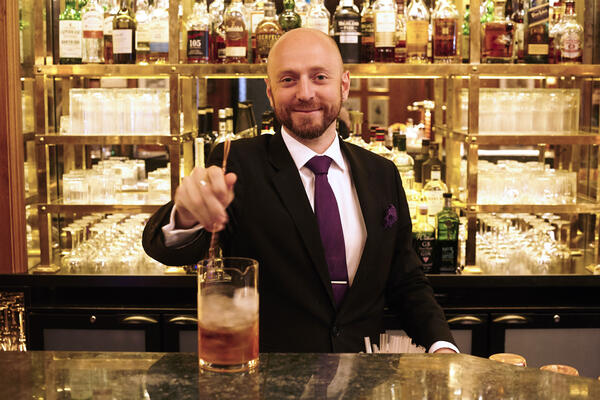 What is it that makes a bar manager worthy of being named the best in the industry? Well-crafted cocktails? A charming manner? The ability to juggle limes? Just ask K Bar’s Ben Manchester, who, on Wednesday evening at a glamorous awards ceremony, won Bar Manager of the Year 2016.

Rather than celebrating businesses as a whole, the Boutique Hotelier Special Service Awards are about the individuals behind the brands – and we all know they’re really what make a hotel tick. Searching for teams and people who work tirelessly to give guests the best possible experience, the awards are all about the unsung heroes.

There were 11 categories, ranging from Restaurant to Housekeeping Manager, all of who were nominated for their exceptional service. The Boutique Hotelier team then narrowed the shortlist down to the winners, which were announced on Wednesday at the Hilton Olympia.

It doesn’t surprise us one bit that Ben scooped the award for Bar Manager of the Year and the judges were in agreement, saying: “Ben heads up one of the most successful bars in London and is constantly coming up with new drink concoctions. His creations continue to delight and surprise guests at the prestigious hotel.”

When we caught up with Ben he was thrilled with his award, but we all wanted to know what the secret to his success is. “Hopefully my passion for the job really shone through for the judges” he said.

“I’m always excited and enthusiastic about the cocktails I’m making or the people I’m serving. Being a bar manager is about so much more than just making drinks, it’s about the stories behind them and the environment we create them in. I think that’s what would have stood out, that and perhaps my new cocktail menu, which I have been quite creative with!”

Next time you’re in the neighborhood be sure to pop into K Bar and watch Ben mix up one of his famous contemporary cocktails – and say congratulations! And watch Ben in action here