Blog (Best city parks in London to visit this Spring )

Best city parks in London to visit this Spring

With London set to become the world’s first National Park City, we’ve rounded up the best green spaces in the Capital to enjoy this Spring

London is home to a host of world-famous music, art and architecture, but its green spaces deserve to be celebrated too. The city boasts over 3000 parks, 1600 sites of importance for nature conservation, four National Nature Reserves and 3.8 million gardens! In order to establish the status of the first National Park City, the Mayor of London Sadiq Khan has committed to protecting and increasing green spaces, so expect to see even more biodiversity throughout the city in the coming years.

We’ve put together a list of some of the best spots in Zone 1 and 2, all easily accessible from The Doyle Collection hotels and perfect for an afternoon escape from the hustle and bustle of the city.

Just a 15-minute walk from The Marylebone sits Regent’s Park, a vast green space of almost 400 acres. Treelined pathways snake through the large open area and there are more than 12,000 roses to admire in the park’s Queen Mary’s Gardens. A large boating lake is open from late March until early October and the ZSL London Zoo is also hidden inside. During the summer, the Open-Air Theatre pitches up for the season offering classic and contemporary performances. We recommend ending your stroll to the north of the main park, with a steep climb up Primrose Hill, where breath-taking views of the city await. 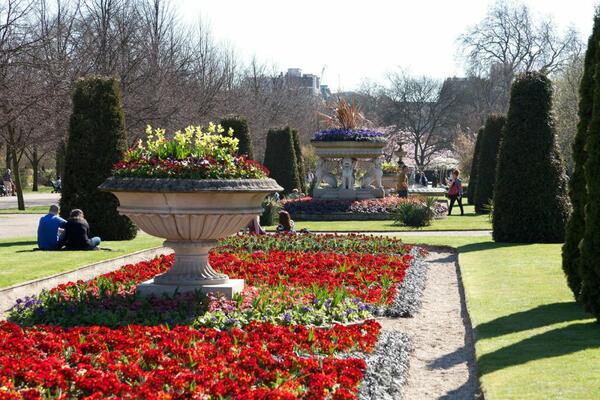 Hampstead Heath is one of London’s most popular open spaces, offering a taste of the countryside in the north of the city. It sprawls across 800 acres and offers divine views of the city skyline from Parliament Hill – a beautiful spot for a picnic on a sunny day. A dip in the ponds – ladies, men and mixed are all available – should be on any nature lovers bucket list. Floating through the water on a warm day is a blissful way to spend an afternoon. 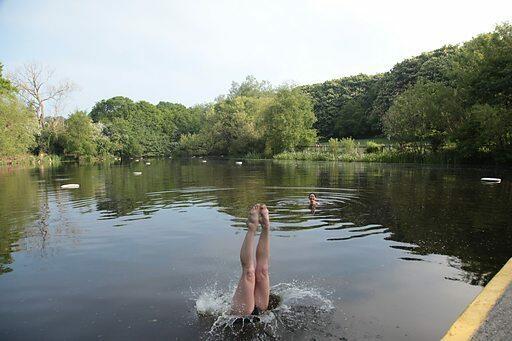 via The Most Cake

The largest of the four Royal Parks, Hyde Park is a hotspot for events, activities and recognisable landmarks and a must-visit during your time in London. During a walk through the park, you will spot a host of eclectic offerings: Speakers Corner sees London’s most vocal orators share their opinions on the world, whilst Hyde Park’s meadow and ornamental flower gardens offer a tranquil oasis in the heart of the city. 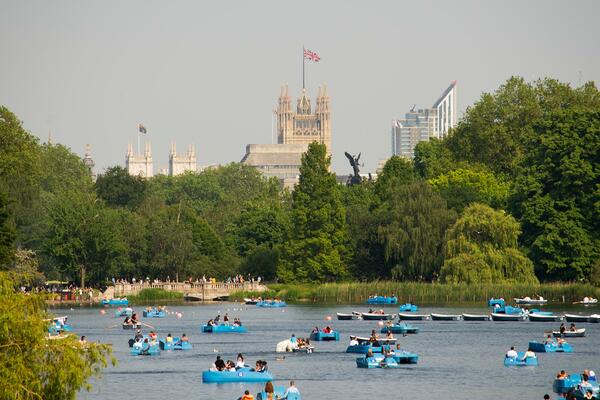 Guests at The Kensington shouldn’t miss out on a trip to Holland Park. Head west through Kensington and discover the beauty of one of London’s less populated spaces. Don’t miss the exquisite Kyoto Garden; a Japanese garden donated by the Chamber of Commerce, featuring blossoming cherry trees, koi carp and an ornate bridge at the foot of a waterfall. The park is a great place to visit with children too: an outdoor chess set, merry-go-round and play area with climbing equipment and a zip wire, create a wonderland of adventure playground for your little ones. 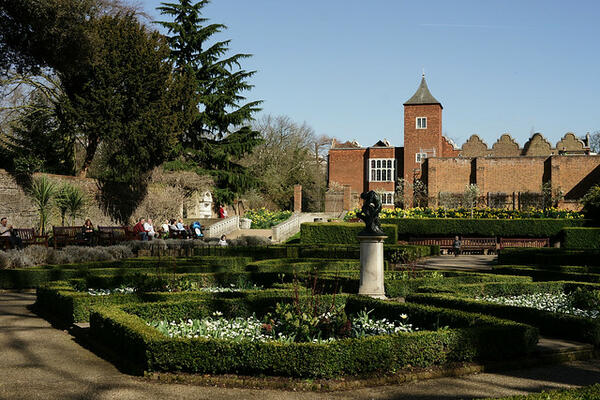 Pair a visit to Buckingham Palace with a stroll through neighbouring St James’s Park. The park’s vibrant flower beds are regularly used as a backdrop to events such as the Trooping of the Colour and are a beautiful sign that Spring has well and truly sprung in London. Spot the park’s resident pelicans – initially introduced as a gift from the Russian ambassador to Charles II in 1664 – as well as fifteen other species of bird during your walk, then head to the Blue Bridge for great views of the London Eye, the Horse Guards Parade and Big Ben. 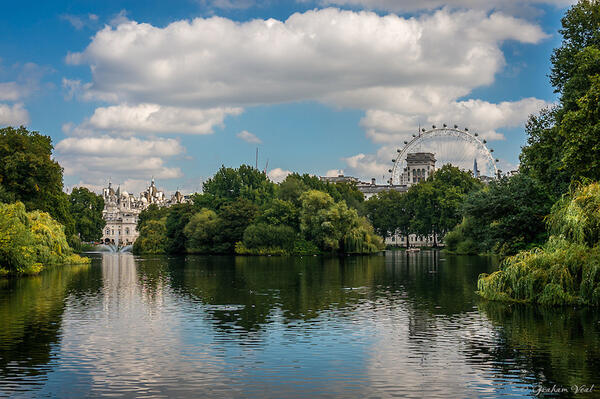