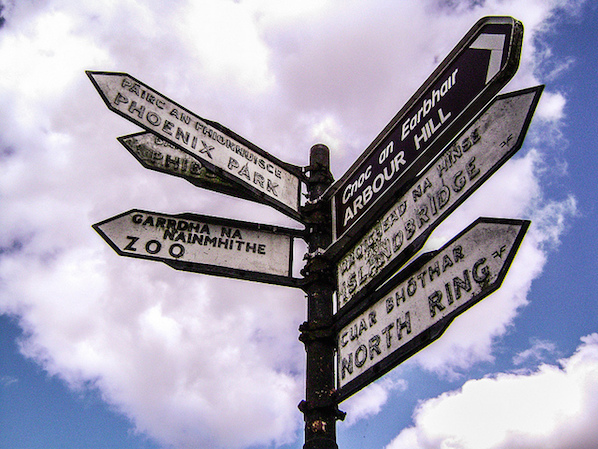 It’s the news that got the country buzzing – Beyonce will be coming to Croke Park for a gig on Saturday July 9th, as part of her world tour. The date was announced just after the release of her new single Formation, which she then performed at the Super Bowl.

It’s been two years since Beyonce last played in Dublin, and she’s no stranger to the city. If you want to follow in her footsteps, then head to the following hotspots…

Dublin Zoo
In town with her daughter, Blue Ivy, Beyonce popped into Dublin Zoo for a private tour.

Phoenix Park
Beyonce knows there’s only one way to see the sights, especially in the beautiful Phoenix Park. She hired a bike to cycle around, and also popped into the playground with Blue Ivy and Jay-Z for some low-key family fun.

Grafton Street
Shop like Queen Bee herself with a jaunt to the high street shops on Grafton Street. On previous visits, she’s made a beeline to the shopping mecca, leaving with bags from River Island.

Of course, Beyonce wasn’t the only huge gig announcement this week. Bruce Springsteen will also be returning to the city, playing Croke Park on 27th and 29th May. It’s not the first time in the city for The Boss, either – he’s a big fan of Dublin and even has his favoured haunts. Whenever he’s in town, he pops into The Long Hall on South Great George’s Street for a quiet pint, or into Counter Burger on Suffolk Street.

Tickets for the Beyonce gig go on sale next Monday February 15th at 9am on Ticketmaster.ie. Tickets for Bruce Springsteen sold out within two hours - congratulations to those who were lucky enough to score tickets!