Greeted by a gleaming row of gorgeous Pashley vintage-style bicycles, our group gathered on the picturesque portico of The Kensington. Set against the elegant stuccoed Georgian architecture of Queen’s Gate – a short ride away from Hyde Park and our chosen picnic destination – the beautiful bikes with their wicker baskets looked like something out of an Enid Blyton book; conjuring images of lashings of lemonade and copious cucumber sandwiches.

Joined by Hattie West, Jessica Garland and Anna Shearer, our merry band of picnickers began a sumptuously lazy afternoon with drinks in the sun in front of the hotel, watching the world go about its business as passers-by ogled the traditional elegance of the row of blue bicycles. 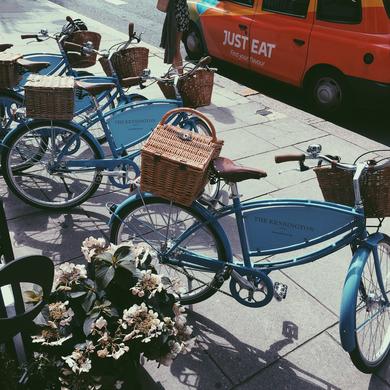 Suitably refreshed, our picnic was brought out, ready to load onto our two-wheeled transport. Split between four traditional wicker hampers (complete with picnic blankets) we had each been assigned a different piece of the puzzle ready to combine into a feast of epic proportions once we reached our desired destination for gastronomic excess. And so, we set off towards the leafy delights of London’s famous Hyde Park, the regal splendour of Kensington’s towering town houses passing as the prospect of our picnic powered our feet on the stylish pedals.

Having navigated the streets of Kensington we slipped into the park, past the golden opulence of the Albert Memorial. Skirting the serpentine, we made our way west towards Kensington Gardens and the beautiful backdrop that Kensington Palace would provide for our picnic. 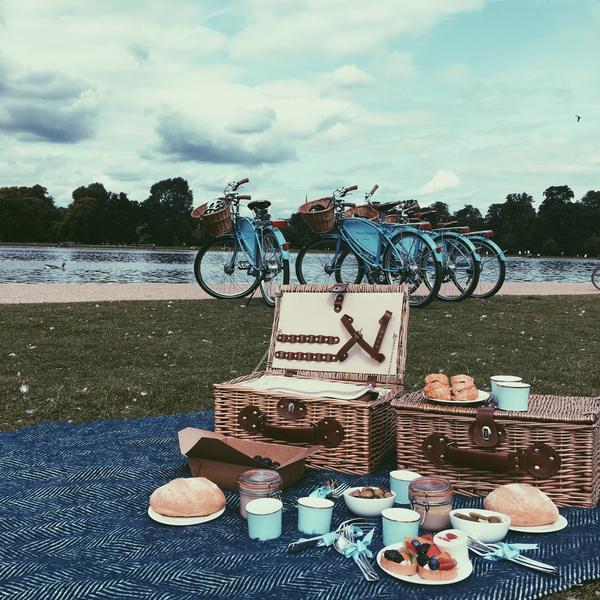 Settling on a spot just back from the lake, the palace’s red brick façade behind us, we set about arranging our culinary delights on the blanket, before attacking the feast with gusto. From the foie gras, sour dough bread and chutney to traditional scones with oodles of clotted cream, the picnic was truly a treat for the taste buds, and a worthy reward after our ‘arduous’ bike ride (10 minutes at most – it’s a hard life, but someone has to live it).

Picnic devoured, we braced ourselves for the return journey, baskets lighter but stomach’s suitably heavier we headed back to The Kensington to ease back into the real world with a bottle of prosecco on the portico. 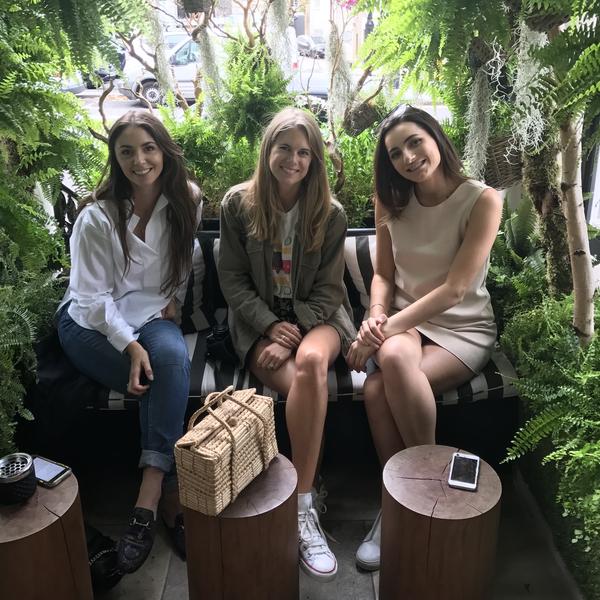