From NYC to Bloomsbury

The team behind the World's Best Bar The Dead Rabbit, in New York, recently turned its attention to a new project BlackTail, a bar inspired by prohibition Cuba, which they are bringing to The Bloomsbury Club Bar in February. We caught up with founders Sean Muldoon and Jack McGarry, and bar manager Jesse Vida before their visit to find out what exciting things they have up their sleeve...

Hi Sean, Jack and Jesse thank you so much for talking to us! So, let’s start at the beginning, on the website for BlackTail your story tells us that you flew from Belfast to NYC with a dream of creating the world’s best cocktail bar (The Dead Rabbit).

You make it sound easy… How did you actually manage to fulfil this?

Jack: We moved to New York leaving absolutely everyone we knew and everything we knew. We had to figure out a new city. Find a location. Work in jobs that didn't suit us. We were on the bread line with our earnings. We had to win the trust of our partners. It simply wouldn't have been possible had we not been there for one another. There were seriously dark, dark days. I wouldn't be able to go through it again to open another bar. The Dead Rabbit consumed our lives. It required complete and utter perseverance and focus on the end goal.

How does BlackTail differ from The Dead Rabbit?

The concepts are totally different, but the standard and attention to detail is the same with anything that Sean and Jack do. Anything less than world’s best is not good enough. 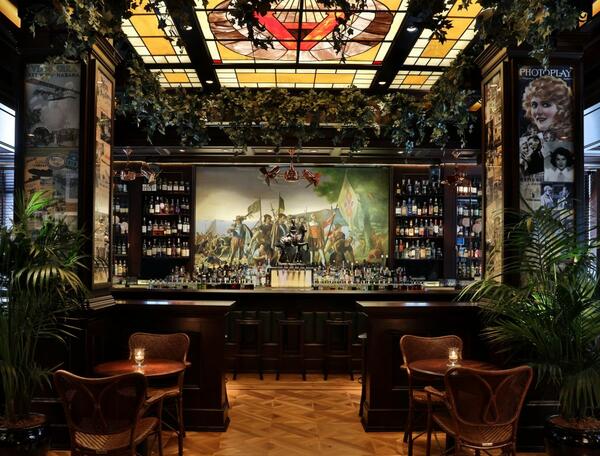 What can we expect from the takeover?

We’re truly excited to be working with The Doyle Collection to bring BlackTail to Europe for the first time, not least because of the similarities between the two bars. Both BlackTail and The Bloomsbury Club have been created with writers in mind and are designed to honour a certain era. We’ve chosen the key aspects of BlackTail which we feel will compliment the existing space. The menu has been created by our designers at Drinksology, comprising the four best sellers at BlackTail and four original cocktails created for the pop up by Jesse Vida, alongside our most popular food dishes. We are introducing some of our artwork to the space, with our original playlist, and some quirks from the bar such as the BlackTail postcards which, as we do in NYC, will be posted for you free of charge, anywhere in the world. We are pulling out all the stops to ensure this is a immersive event that truly represents what we do at BlackTail.

How did it feel when The Dead Rabbit won World’s Best Bar?

Jack: It was a fantastic feeling realising one of our main objectives since we opened. The goal of The Dead Rabbit winning The World's Best Bar was always something we kept front and centre during the dark days before the bar opened. I'm not saying we are the best bar in the world by the way. Beauty is very much in the eye of the beholder.

However, we set out to create our version of the ultimate bar by bringing our two favourite styles of bar together under one roof- a world-class cocktail lounge and authentic Irish Pub. The Irish Pub has long been synonymous with genuine hospitality but not really for a world-class product (décor, food, drink). We wanted to bridge the gap. It gives us great pride for both ourselves and everyone back home that the World's Best Bar is an Irish Pub. 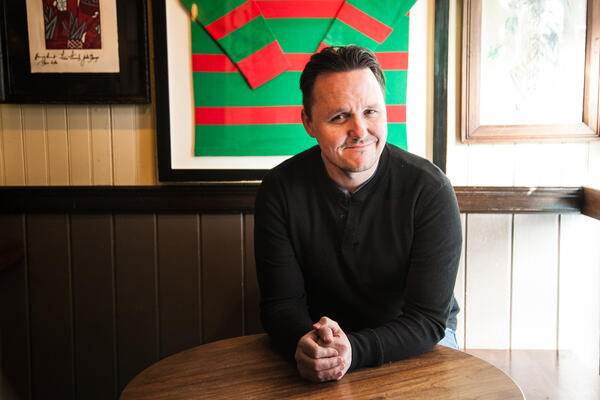 Sean Muldoon, Co-founder of The Dead Rabbit and BlackTail

Why do you think Dead Rabbit won?

Sean: As far as judging goes, it's the attention to detail, it's the staff, it's the ambience, it's the fun, it's the music, it's the crowd, it's the branding, the menus, and the food and drink. It's not one thing, but a combination of absolutely everything that makes Dead Rabbit so unique. It is unassuming and is in no way pretentious, and it is sincere, honest and humble like only the best Irish pubs are.

What advice would you give yourself 15 years ago?

Jack: It’s a marathon, not a sprint. My intensity with the industry destroyed my life. Now I know that it’s about balance, and building a sustainable life. 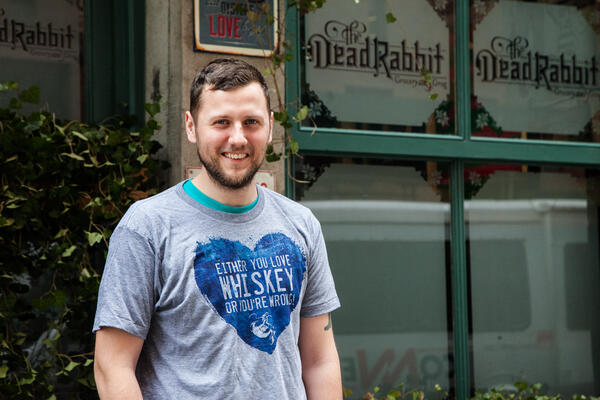 Jack McGarry, Co-founder of The Dead Rabbit and BlackTail

What’s different between the bars in Belfast and NYC?

Jack: We're extremely proud Belfast men. I know some people reading this would say you couldn't be that proud if you left it. I think the opposite. We've taken the best elements of back home and built them into The Dead Rabbit and talk about Belfast on glowing terms anytime we're asked. Unfortunately, we had to leave Belfast to pursue our dreams and break through our professional ceiling at the time. We're now beginning to invest in talented professionals from back home to come over and join us. We love going back home and seeing how the city is developing. We just finished a pop up with Stephen Toman from (Michelin-starred restaurant) Ox and it gave us unbelievable pride for Belfast. Stephen, and his team, are doing amazing things back home also. We'll be doing something with Stephen at Ox next year at some point. There is so much talent and creativity back home and it's being actualised now. Belfast is in a great place at the moment. Well, in my opinion anyhow.

What do you think are the biggest trends we’re seeing at bars over the world right now?

Jesse: Big trends I'm seeing around the world right now are definitely Rum as a category seems to be getting more and more popular, Aquavit is also becoming a more common cocktail modifier, more specifically in NY. 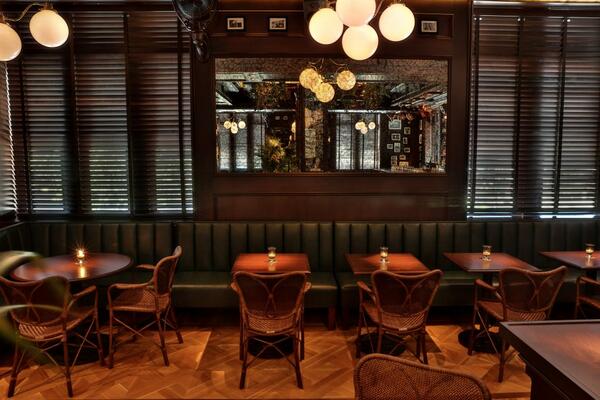 Jesse: The Highball category will be huge in cocktail bars.

Would you like to open a bar in the UK?

What is the best drink that BlackTail has on its menu?

Jack: The best drink on the menu....that's tough it's so subjective with all of the options.  My gut tells me our adaptation on the Nacional so I'm going with it! 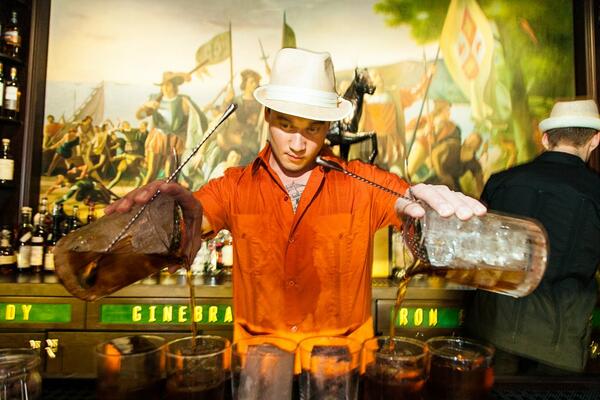 What’s next for you both? World domination?

Jack: We’re about to begin work on a BlackTail events space, which will double the capacity of the bar. We’re working on a new book project and a TV documentary, and as well as sustaining the every day of our businesses, we’re working to prepare it for scalability.

Thanks guys, we can't wait to see you at The Bloomsbury Club Bar in February.

The BlackTail pop-up will be at The Bloomsbury Club Bar from 9th-11th February 2017, from 4pm to midnight. To make a reservation, contact