The city of London is rich in cultural history and Bloomsbury happened to be the hub of famous novelist activity. Giving many writers inspiration, the area was home to Virginia Woolf, Charles Dickens and Oscar Wilde to name a few. Whether you’re an avid reader, a literary historian, or want to explore more of London’s culture, we’ve rounded up some must-visit locations to steep yourselves in historical works.

Begin your day with breakfast at Dalloway Terrace located at The Bloomsbury, an indoor-outdoor space with flowers climbing the walls, stunning topiary and marble tables. Mrs Dalloway, the eponymous character crafted by Virginia Woolf, is the namesake of this beautiful eatery. The perfect way to fuel a day of ambling through literary history… 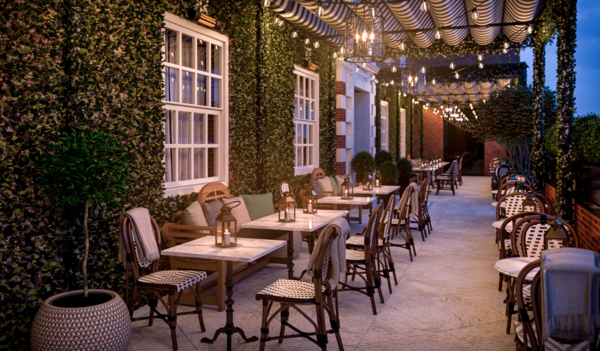 The Bloomsbury Group was a set of English writers, artists, philosophers and intellectuals who lived close together in the area including Woolf, John Maynard Keynes and E. M. Forster.  Many of Bloomsbury’s garden squares were spots where the Bloomsbury Group frequented. Hidden between grand Georgian houses, these squares exude a relaxed atmosphere, perfect for sitting and reading your favourite Virginia Woolf novel - something you’ll perhaps want to do after soaking up the atmosphere of Dalloway Terrace. Look out for blue plaques on the walls which indicate where these creative individuals lived.

Nestled in the heart of Bloomsbury, this old-fashioned pub was built in the 1720s, where Charles Dickens was a local and often found respite from his writing. Not to mention, in the early days of their relationship, Ted Hughes and Sylvia Plath were spotted meeting up in this thirst-quenching location. Follow in Dickens’ footsteps and have a refreshing pint and a bite to eat in this cosy spot.

Head North of The Bloomsbury where you’ll find this marvellously large library which is a shrine to all things literature. Head through to the King’s Library, a 6-storey glass tower containing 65,000 printed volumes, manuscripts and maps. Included here are original manuscripts of the likes of Beowulf, Jane Eyre and The Canterbury Tales. 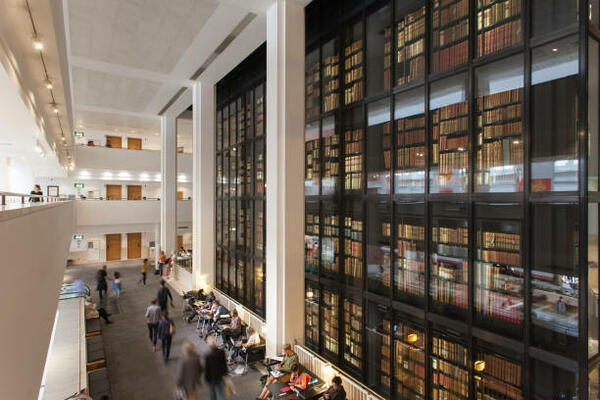 Meander your way through Bloomsbury’s streets and you’ll stumble across Faber & Faber’s offices, a place where T S Eliot once worked as an editor. This independent publishing house has also issued some of the most well-known literature in English such as Lord of the Flies by William Golding and from other famous writers including Philip Larkin, Tom Stoppard and Harold Pinter.

This stunning terraced building was where Oscar Wilde spent his final night in London before moving to Paris, never to return to England again. Stand and take it all in, before retreating to the shady trees of Russell Square garden to muse over some of his famous plays.