Shakespeare would have celebrated his 455th birthday on April 23rd, so we’ve rounded up the best ways to mark this special day

Each year April 23rd is Shakespeare Day: the supposed date of the famous playwright’s birth and death. The day coincides with St George’s Day, making it the perfect opportunity to take a tour of London’s most fabulous literary landmarks. Read on to discover five fun things to do in the capital to mark the birth date of the Bard.

Take a trip to Shakespeare’s Globe

A must-visit during any trip to London is Shakespeare’s Globe: a faithful reconstruction of the open-air playhouse designed in 1599, where many of Shakespeare’s original plays were performed. Shakespeare’s London was highly populated and wealthy, and by 1600 the city’s theatre-goers numbered 20,000 per week. Today, the venue remains one of the most popular and respected theatres in London, offering daytime tours and first-class performances. For each show, there are 700 standing tickets available for £5, as well as the option of galleried seats. This season, book tickets for Henry IV Part 1 or 2, with Henry V tickets available to buy now for dates from 30th April. 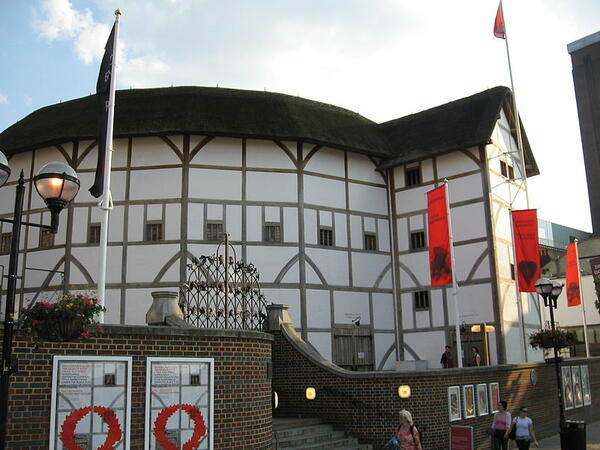 Spot the hidden history on the Shakespeare City Walk

Indulge in a short but sweet walking tour of some of the lesser-known monuments and landmarks associated with Shakespeare. In just 90 minutes, you will head through the City of London, strolling through winding alleyways and seemingly unremarkable buildings to discover areas connected to Shakespeare’s life, friends, work and loves. 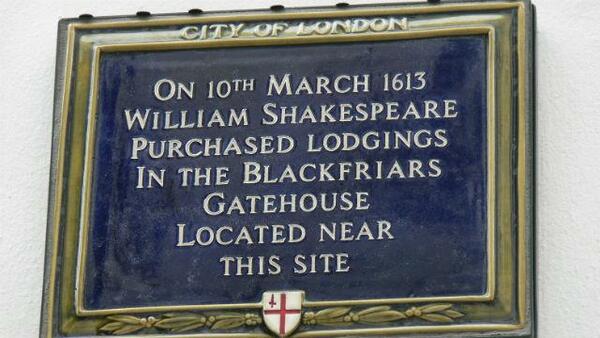 Cheers to the weekend at The Cockpit Pub

The Cockpit Pub marks the approximate location of the old Priory Gatehouse, which Shakespeare bought for £140 in 1613. Although Shakespeare owned property in Stratford upon Avon, this is the only property he is known to have owned in London. Given its close proximity to both Blackfriars Playhouse and The Globe, many historians speculate that this spot is where Shakespeare intended to make his home. Now a quaint back-street pub, The Cockpit serves a selection of old-fashioned beers including Landlord and Pedigree, to give visitors a taste of the past with the comforts of the present. 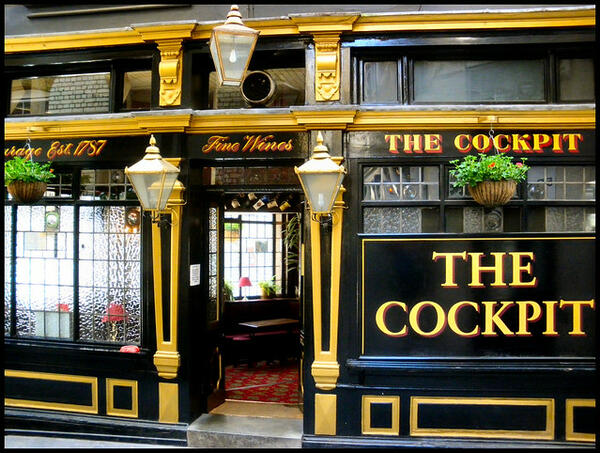 Head East to St Mary Aldermanbury Garden and discover a majestic bust of William Shakespeare amongst the lawns and remains of the former church, which burnt down during the Great Fire of London in 1666. The bust stands as a memorial to Shakespeare’s fellow actors Henry Condell and John Hemmings who were key figures in the printing and preserving of the playwright's First Folio of works. Without the First Folio, many of Shakespeare’s plays including Twelfth Night, The Tempest or Macbeth would have been lost. 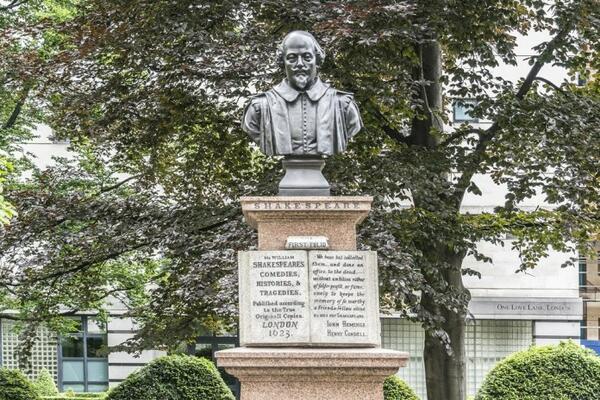 Image via The Montcalm

Keep your eyes open for the Shakespeare memorial in Westminster Abbey. While Shakespeare’s actual grave is in Stratford-upon-Avon, visitors will find a special memorial statue in the Poets’ Corner. The area is a literary pilgrimage, and a must-visit for any bookworms who can also spot memorials of many other writers and playwrights (including Charles Dickens, the Bronte sisters and Jane Austen). 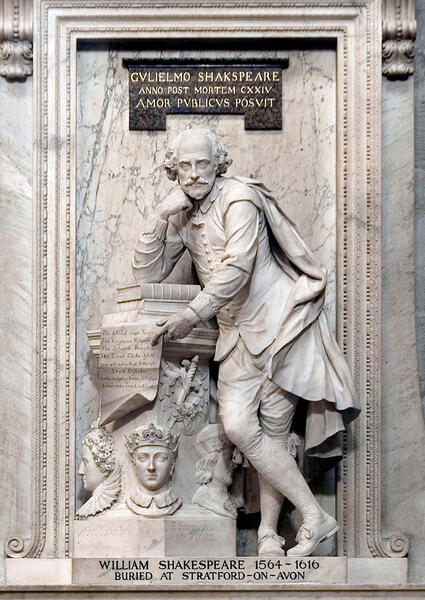