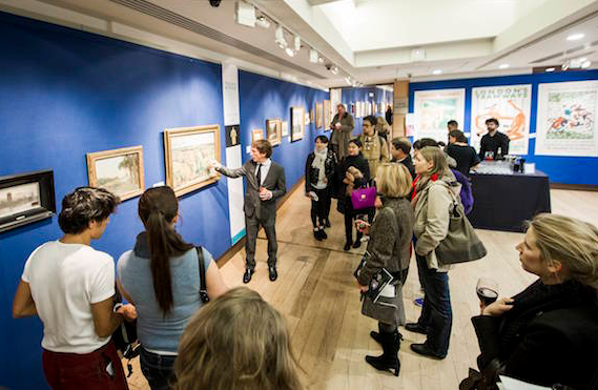 The first Pimms of the season. Plump strawberries warm from the sun, drizzled in thick cream. The thwack of a cricket bat on a village green. All of these let us know that summer is finally here.

As part of Christie’s Lates, a celebration of Christie’s South Kensington’s 40th anniversary, the auction house are holding an ode to the British summer on 7th July.

There will be a talk from Emily Baxendale, bespoke milliner at  Emily London. Between Ascot, weddings and garden parties, summer really is the season of the hat, and Emily will be revealing top styling tips for the warmer months.

And what is summer without a cocktail? From the aforementioned Pimms to a zesty Mojito, a cocktail is the cherry on the cake. The experts at  Sipsmith will be on hand to reveal their secrets of mixology.

The art world won’t be neglected – there will be two specialist talks, Impressions of the British Art Market by Tom Rooth and How to look at a painting, with Sarah Reynolds. There’ll also be specialist talks on jewellery, Petalon Flowers and Kennedy City Bicycles.

Anyone is free to drop by on the evening, to mingle in the beautiful gallery space and drop into any of the talks.

Christie’s Lates are held on the first Tuesday of every month. Read our post about Christie’s here. The Kensington Hotel is a two-minute walk away.