The Cinephile’s Guide to Washington D.C.

From House of Cards to Forest Gump 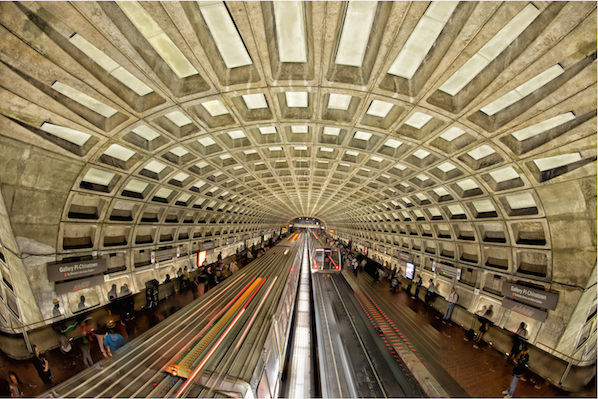 The series that got the world hooked on Netflix is back (and so is the universal fear of spoilers). Season 4 of House of Cards burst onto millions of laptops last week, as the world checked in to see the latest schemes of Frank Underwood.

While the series is set in Washington D.C., not all of it is shot there (the majority is shot in Maryland). There are, however, some spots from the show that you can visit. In honour of the return of the series, we’ve rounded up some movie and television locations you can visit while in America’s capital.

Frank Underwood has a talent for arranging meetings in untraceable locations. As well as the big city sights (the Capitol, White House and the National Gallery, where Frank arranged a covert meetings in front of The Biglin Brothers Racing) many encounters took place in the city’s Metro stations. In season one, Frank and Zoe met at the Archives-Navy Memorial-Penn Quarter Metro Station, which has a uniquely beautiful ceiling. It went a little better than their next Metro encounter. 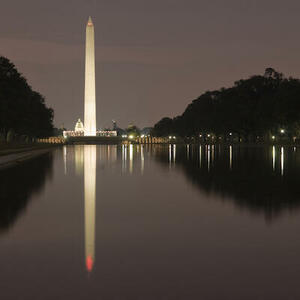 Did you know that the famous steps from The Exorcist are in Georgetown in D.C? The steps provide the setting for one of the most haunting scenes in the movie, and are visited by movie lovers to this day. For the filming of the death of Father Karras, the steps were coated with rubber, so the stuntman could fall down safely. You’ll find them on the corner of Prospect St NW and 36th St NW. Last year, the steps were commemorated as a significant location within the city, with a special screening and ceremony.

Who can forget the scene in Forest Gump, where Forest and Jenny are reunited as they both wade through the Reflecting Pool? After all, “it was the happiest moment of [Forest’s] life.” The Lincoln Memorial is a must-see for all visitors to the city, and makes for a beautiful walk from one end of the pool to the other.

All the President’s Men

It’s rare for a movie to film numerous locations in Washington, but All The President’s Men features countless spots around the city. There’s The Watergate, Hotel Washington, Lincoln Memorial, Jefferson Memorial and many more.

Not only has it got one of the catchiest theme songs in the history of film, but it boasts a location in Washington D.C. too. The 80s classic is set in Georgetown, about a group of friends who have just graduated from Georgetown University. The bar from the movie, St. Elmo’s Bar, is actually a real spot, known as The Tombs.

The Dupont Circle has a great location for any sight-spotting within the city. See more about the hotel here.