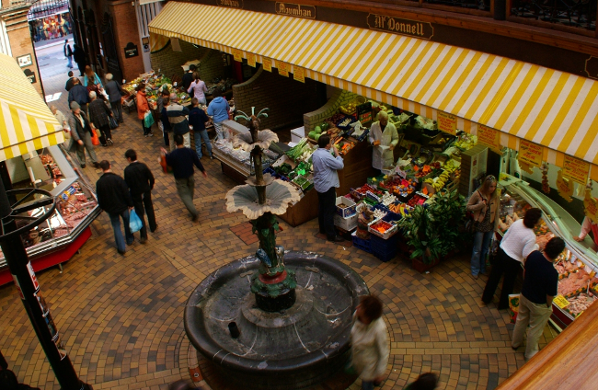 One of the jewels in city’s crown though has to be its English Market on Grand Parade. Steeped in history, the market was established way back in 1788, and so named because it was opened by the Protestant (or ‘English) corporation which ruled the city at the time. 62 years later, following government reform, an ‘Irish Market’ was established nearby, and though that’s since closed, the English Market has retained its original name. Friendly locals and vendors will be happy to chat to you about the area, and how it’s grown and developed over the years. 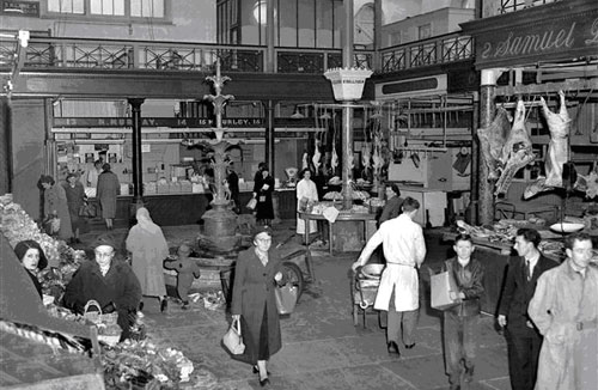 But enough about the market’s history; let’s head inside! Foodies will absolutely delight in this expansive, roofed space; one of the oldest municipal markets of its kind in the world. An impressive and diverse range of traders ply their wares inside, so whether you’re after sweet or savoury, there’s something there for you! 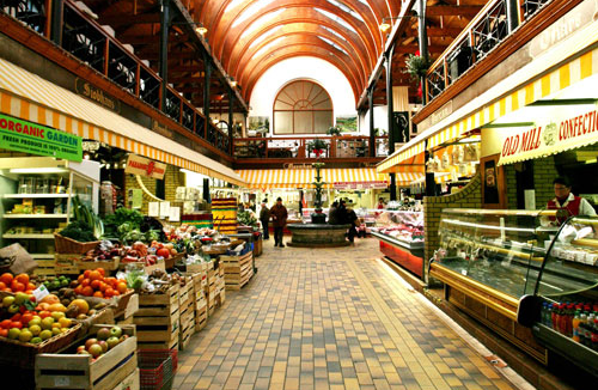 From fresh breads (we like Alternative Bread Company), to delis serving up artisan cheese, hams and sandwiches ( On the Pig’s Back is a must!), you’ll be spoilt for choice when it comes to sampling the market’s produce.  But, whatever you do, make sure to visit the famed Farmgate Café; located upstairs, the café offers great tasting traditional food, as well as spectacular views of the market. 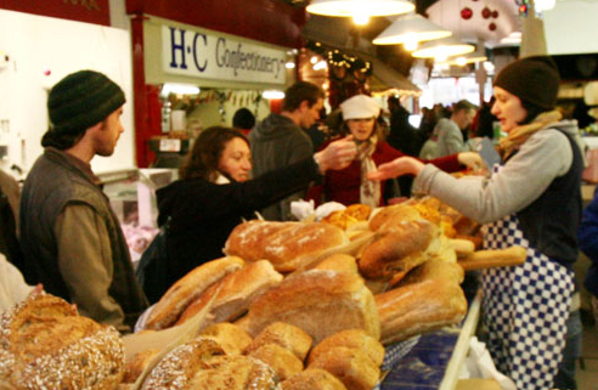 Or perhaps you’d like to pick up the makings of a delicious meal? Look no further – the English Market is also home to fruit and veg vendors, as well as a host of butchers and fishmongers. For the freshest of seafood, make your way to  Ballycotton Seafoods and  Frank Hederman, while the  Organic Garden & Paradise Garden is a must for vegetables, fruit and herbs. Bon appétit! 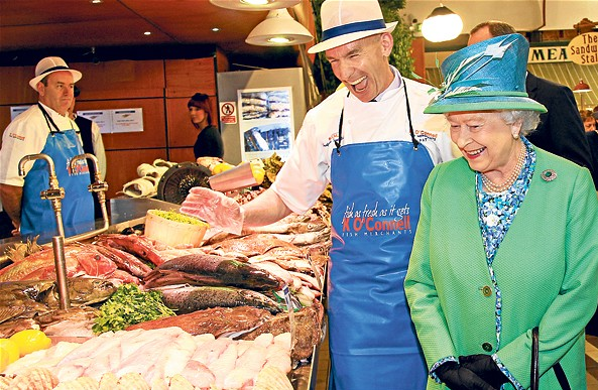 Pat O’Connell and the Queen at Cork’s English Market image via  Telegraph.co.uk