Blog (From Couch to Marathon: For First Time Runners)

From Couch to Marathon: For First Time Runners

Running the Cork Marathon as Beginners 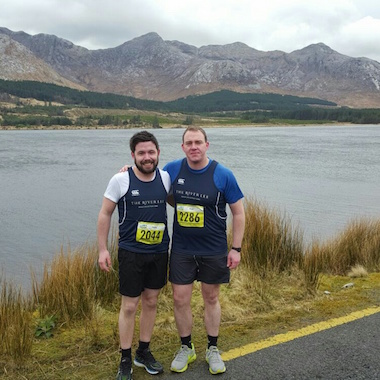 Have you noticed a spurt in outdoor fitness at the moment? It seems that in every city, people are taking to the streets en masse, to either pound the pavement or hop on the bike. It seems to be the season for sporting events – the London Marathon is this weekend, and the An Post series of cycling sportives is about to start.

There’s not too long before the Cork Marathon, which is taking place on 6th June. The River Lee is one of the sponsors, and there are also a fair few members of the team taking part, in all of the categories.

One of the runners is Philip Bunney, who works on the front desk. Amazingly, Philip has gone from being a complete running novice to a participant in not only this marathon, but a series of them throughout the year.

We chatted to Philip about why he’s running the marathon, and how he’s preparing.

“I’m running the marathon this year as part of a self accomplishment task that I have set for myself. This is one of eight marathons that I will be running in twelve months. My colleague Paul and I from The River Lee are doing this as part of a plan we decided on last year. Our friends challenged us to do eight marathons in one year with no previous running experience! Connemara was the first and Dublin will hopefully be the eighth, come October.

“My training started last October. We engaged a personal trainer, ‘Eóin Murphy PT’. Although it appeared to be a huge task to take on two lads with no running experience and have them marathon-ready within six months, Eóin took on the challenge. He put a training and dietary plan in place for us and supervised our progress. Training began slowly, increasing our distance and strength exercise weekly. I took part in my first 10k in November (Lifestyle Night Run). The first half marathon followed in February (Clonakilty) and our first full marathon was in Connemara. 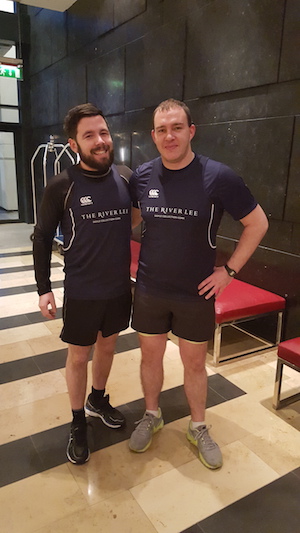 “The River Lee, where Paul and I work, and in particular Paula, has been enormously supportive and has even sponsored our kit. I now run three times a week with different groups, once with a group from The River Lee and twice following Eoin’s fitness regime.

“With regard to my diet, it has completely changed! Protein, in the form of chicken, and a heavy carb diet are essential for energy.  My water intake has also tripled.

“The hardest part to date has to be the patience needed to slowly increase my distance up to where I am now. There were days when I felt that I would never reach what I needed to.  Along with this, the Connemarathon has been my hardest challenge physically and mentally. The adverse weather conditions on that day were the worst I have ever experienced. This varied from getting brain freeze from the wind, to my fingers swelling form the cold and hailstones cutting through me like small daggers. I referred to it as the worst experience of my life!

“Conversely, the best part has completing the Connemarathon, and the feeling of completing all the races I have taken part in up to date. It’s an amazing feeling, eventually crossing the finish line on each occasion. The sense of self-accomplishment is great. Also, the bonds that are made out on the course with complete strangers make it worthwhile. Everyone has a common goal and everyone I have come across is more than willing to encourage you to get you over that line at the end. Although is an individual sport, there is very much a community spirit in running.

“My advice? If you have any interest in doing a marathon I say pursue it. I have gone from running 1k in October to running 42k in six months. When starting, it is good to find a partner, as they will push you on days when you don’t feel up to it and vice versa. Give it time and you will see improvement on a weekly basis. Give Eoin a call and he will set a programme up for you but most of all…stretch!”

We’ll have another post in the lead up to the Cork Marathon, which is taking place on 6th June, including advice on where to get the best view of the action.