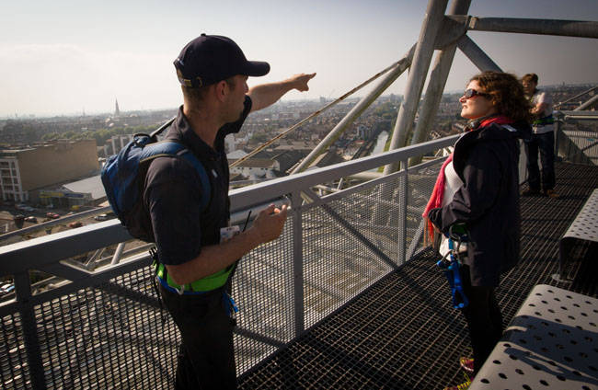 With 360-degree views of the city, The Croke Park Skyline Tour unfolds a great panorama of Dublin – from the Botanical Gardens and the peninsula of Howth head to the Royal Canal and Dún Laoghaire Port.

Croke Park is an iconic stadium, steeped in history, and has been at the heart of Irish sporting and cultural life for over 125 years.

As you ascend to the Skyline Rooftop, only the sound of a fleeting bird will break the silence between you and the third largest stadium in Europe.

A Skyline tour guide will lead you and other harnessed walkers along a narrow metal path 44 metres (17 storeys) above Dublin. With five viewing platforms, and audio at each one, you can spot Dublin’s key landmarks such as the Phoenix Park, The Spire monument, and the Sugarloaf Mountain. Each audio has quirky anecdotes and an introduction with comedian Dara O'Briain.

Croke Park’s tour guide John Joe Daly says, “There are just so many different stories. It changes from day to day. I could do the tour about 15 times in a row and not tell the same story.”

See the house of Patrick O’Connell Don Patricio, the man who saved Barcelona Football Club and is beloved by Catalans today. Discover the tallest building in Dublin: is it Google’s headquarters or The Liberty building? Enjoy the view of Ireland’s largest round tower in Glasnevin Cemetery, and much more.

“It’s always fun, it’s always interactive. We get a lot of Irish sport stars and football players who want to see the stadium because the views of the city are unparalleled, this 360-degree view is pretty unique,” says John Joe.

The  Croke Park Skyline Tour operates daily from Monday to Sunday. Located beside The Croke Park Hotel, it is a 15-minute walk from Dublin city. 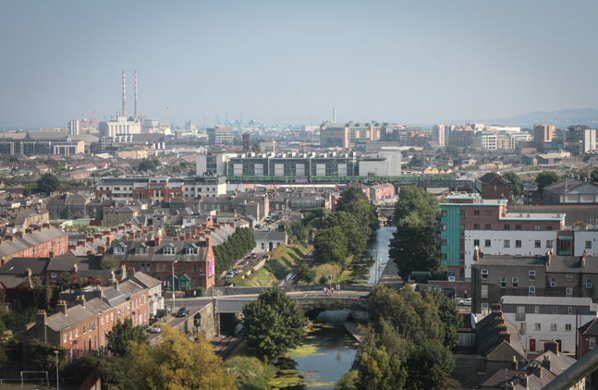