Finishing up at the Electric Picnic 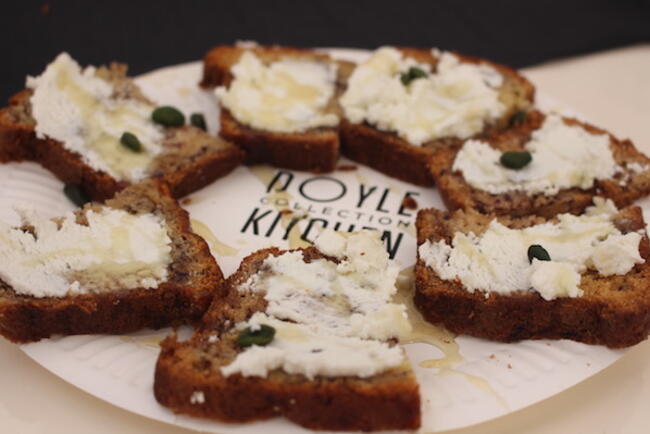 The final day of the Electric Picnic always brings a burst of new energy – not necessarily from the folks who have been on site since the Friday, but definitely in the shape of the guests arriving with a day ticket for the Sunday! While some people pack up their tents and hit the road early, the new arrivals explore the arena and check out the food available as soon as possible, which is why the Theatre of Food was still just as bustling on Sunday.

The Doyle Collection Kitchen took to the main stage of the Theatre of Food to give a demonstration in something you mightn’t expect – toast! As Eleanor Walsh of The Doyle Collection explained, toast is having something of a moment, with people in some establishments paying top dollar for a plate of it.

“Toast is comfort food” said Eleanor. “When I get off a long flight, the first thing I want is a slice of toast and a cup of tea.” She explained to the crowd that while it’s always been thought of as a simple staple, toast can actually be the perfect ‘Two Minute Food” and much faster than ordering a takeaway. But how do you make it into something special?

Eleanor whipped up three toasts for the audience. First off was a healthy hummus on sourdough, made with organic chickpeas, extra virgin olive oil and carrots roasted with turmeric, for plenty of antioxidants. She followed this with a very interesting twist on guacamole… 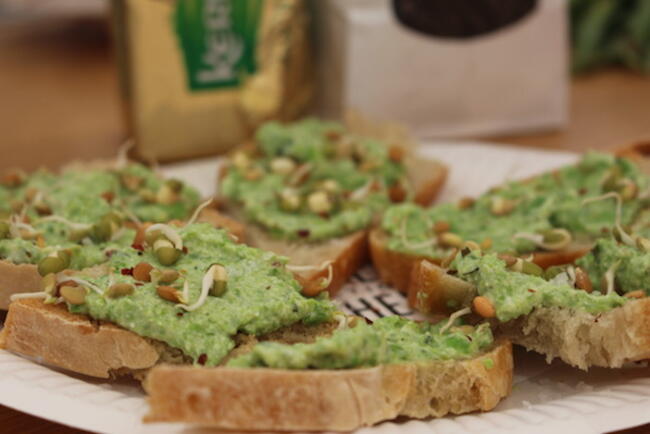 “You can’t possibly talk about toast without talking about avocados. But avocados have huge air miles, and are also quite high in calories” Instead, Eleanor used Irish peas, which are lower in calories, local and highly nutritious. She blended these and added Irish feta, olive oil and mint for a beautiful twist on a classic dish.

Finally, she topped banana bread with Macroom ricotta, one of the finest Irish cheeses from a buffalo farm down in Cork. Then followed a drizzle of West Cork honey and toasted pistachios, for a plate that was in great demand from the audience. She also gave a top tip for a healthy version of jam, which is traditionally very high in sugar (something people are increasingly trying to avoid). Instead of using sugar as a setting agent, Eleanor suggested using chia seeds, which absorb liquid to make the jam set. You can make it by slowly stewing two cups of fruit with two tablespoons of chia seeds, and a spoon of honey if you’d like a little sweetness. This will keep for up to two weeks in the fridge, and is much higher in fibre and nutrients than traditional jam. 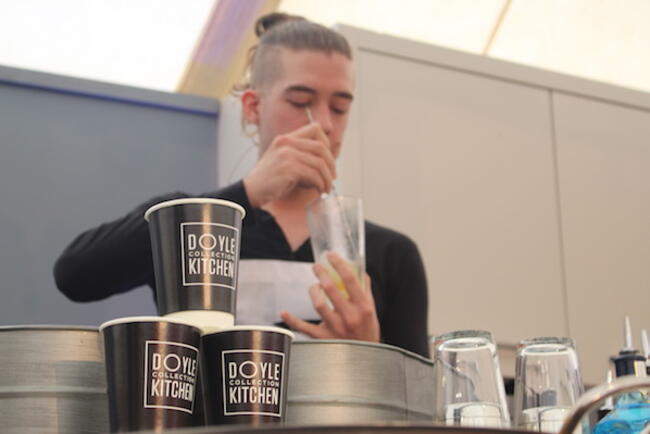 A regular on the Theatre of Food stage, Adam McMahon then took the helm to make a batch of Breakfast Martinis, a delightfully refreshing and tart cocktail that’s perfect for brunch. Simply mix 50ml of gin with lemon zest, 15ml of orange juice, 15ml of lemon juice and a little scoop of marmalade. Shake in a martini shaker with ice and strain to remove any scraps of marmalade, and serve with a twist of orange peel.

While this was taking place, the little ones were next door making their own pizzas, ready to be cooked in the Theatre of Food pizza oven. Once their creations were out of the embers, the chefs enjoyed their dishes outside in the sun (with some trying to sneak another one in!) 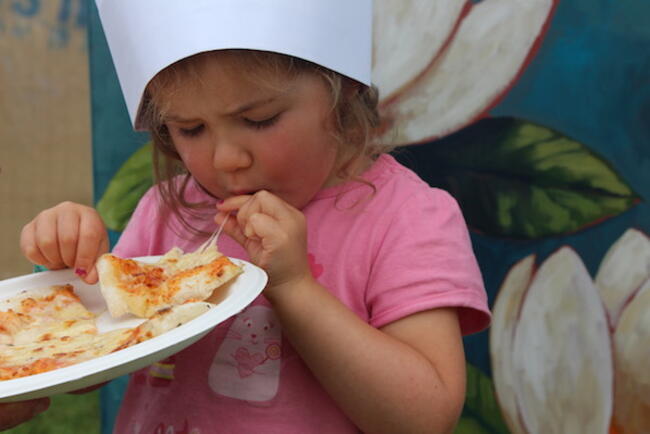 Back on the main stage, a panel of inspirational chefs had a passionate discussion about food. Audrey McDonal, Jess Murphy, Maggie Roche and the incomparable Darina Allen had the audience enthralled, as did Finn Ní Fhaoláin during her coeliac-friendly demonstration.

So many incredible talents took part in the Theatre of Food, and every event was packed with Picnickers who were full of questions for those on the stage. If you came to any of the events, do tag us in on Social Media with the hashtag #DCKitchen, and the tags @TheatreofFood and @DoyleCollection.