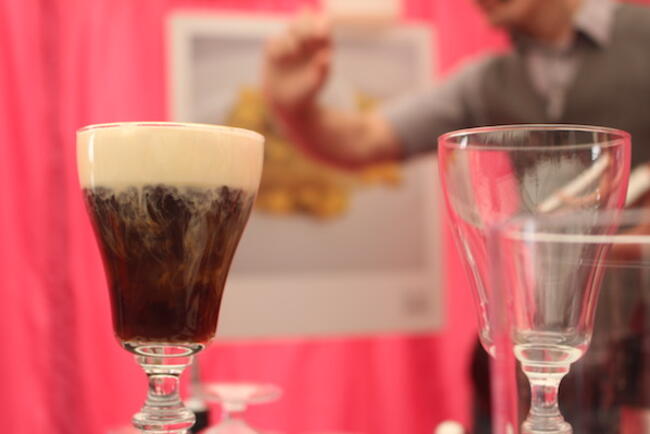 The second day of the Electric Picnic has come and gone, with more excitement (and huge crowds) at the Theatre of Food. The demonstrations and sampling continued, courtesy of The Doyle Collection Kitchen, where top chefs and bartenders from The Doyle Collection hotels whipped up food and cocktails for the audience.

Day two kicked off with Irish Coffees, made by Paul Bloomer and Adam McMahon. A drink that has fallen out of style in the last few years, Irish Coffees are set to make a huge comeback in the bar scene. Traditionally a long drink, made with more coffee, the new twist is a smaller, stronger drink more reminiscent of a whiskey cocktail. 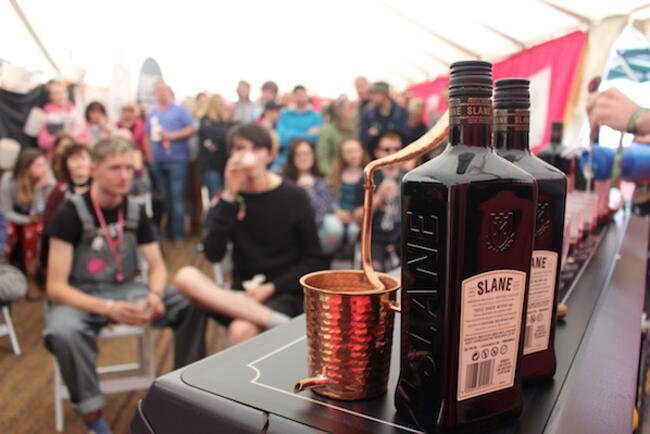 The samplers were made with Slane Whiskey, a newly launched brand from the Boyne Valley that’s causing a stir in the industry. Paul McKenna of The Doyle Collection says they chose to use Slane because they “like pioneering new Irish brands, and it’s one of the newest on the market. We have a good relationship with Alex Conyngham, who is Lord Mount Charles of Slane Castle, and are excited to work with such a great Irish product that’s fresh to the market.”

To make your own Irish Coffee, you need to pour 50ml of coffee over 35ml of whiskey, with 10ml of Demerara sugar syrup (mix one part Demerara sugar with one part hot water until dissolved). Finish off with double cream, which you’ve shaken until thick (be careful not to over whip). Pour gently over the coffee and whiskey to form a head, and then sprinkle with freshly grated nutmeg.

It’s best to use a coffee made in a French press or a percolator, rather than a very strong espresso, as this would overpower the flavour of the whiskey. “A nice, single origin bean from your local roastery is best. You’re supporting your local community and getting some of their expert advice while you’re at it,” says Adam McMahon.

You could also use another sugar, but the fruity notes of the Demerara sugar pair with the rich flavours of the whiskey.

After the Irish Coffees, Alex Comyngham took to the stage to talk a little more about Slane Whiskey, before offering out plenty of samples, as well as a few amazing cocktails.

The audience was packed for the Happy Pear demonstration, as the brothers whipped up four healthy dishes (utilising the pancake flipping skills of the crowd as well). Waxing lyrical about the powers of fibre and fresh ingredients, they whipped up a batch of pancakes to start proceedings. If you want to make your own at home, you can follow this recipe… 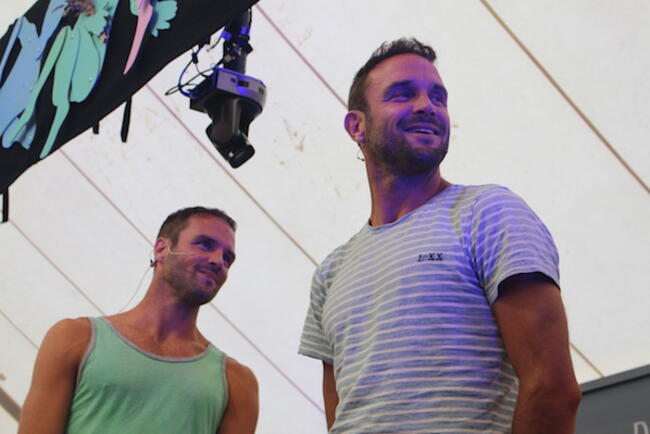 Mix one cup flour with one cup of the milk of your choice, along with a banana (which works in place of an egg as a binder), a spoon of chia seeds, two tablespoon of nut butter, a pinch of salt and a tablespoon of maple syrup. Blend this with a handheld blender, heat a pan on high with a wipe of oil and cook the pancakes (bearing in mind that “the first pancake is the sacrificial lamb”). 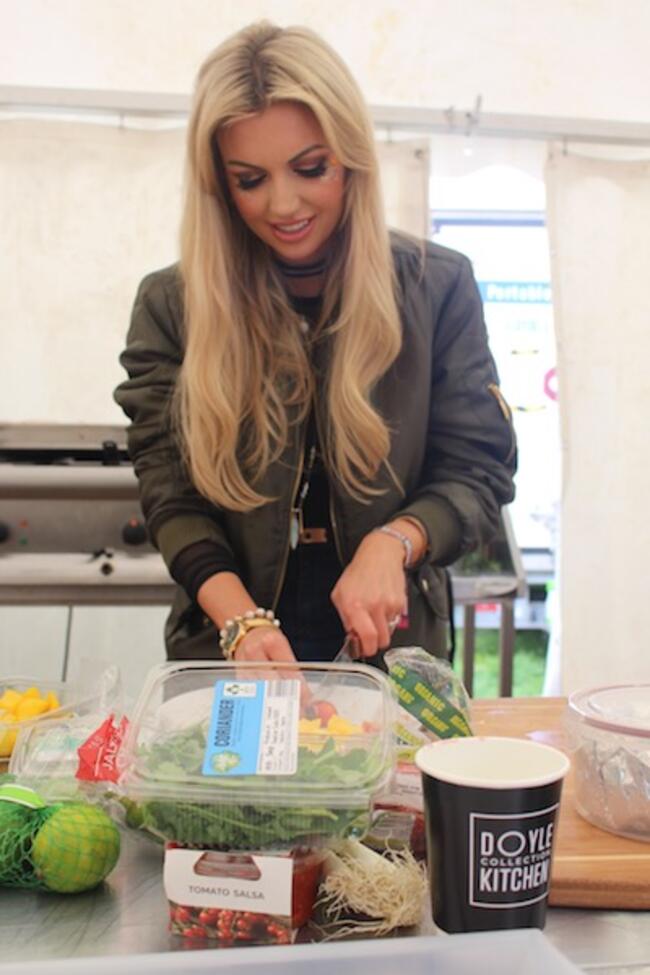 Healthy living expert Rosanna Davison took to the stage to cook up some nutritious and delicious items from her book, Eat Yourself Fit.

Keep up to date on Social Media with the hashtag #DCKitchen, and the tags @TheatreofFood and @DoyleCollection.