And what better way to pay homage to these greats than to follow in their footsteps and visit their favourite pubs! To start you on your adventure, we’ve compiled a handy map highlighting the famous haunts of some of Ireland’s most beloved writers.

Iconic Ulysses author James Joyce enjoyed many a pint in historic Davy Byrne’s on Duke Street (it dates back to 1889), while Co Monaghan poet Patrick Kavanagh could often be found down the road in the more chic Bailey.

Post-modern scribe Flann O’Brien was a fan of Grogan’s, a cosy traditional spot on South William Street, while Nobel Prize winner Samuel Beckett enjoyed a tipple or two in Kennedy’s on Westland Row. If it’s a dancier night you’re after, head downstairs to its club, Underground! Dublin institution McDaids welcomed jovial author Brendan Behan through its doors on several occasions. The larger-than-life character was known to quip; “I am a drinker with a writing problem!”

Mulligan’s on Poolbeg Street meanwhile is steeped in history. Originally a ‘shebeen’ (unlicensed drinking venue), this atmospheric spot was made legal way back in 1782, and features in Joyce’s other great work, Dubliners. The Palace Bar on Fleet Street in the cultural quarter of Temple Bar played host to a series of literary gatherings during the 1930s and 1940s. 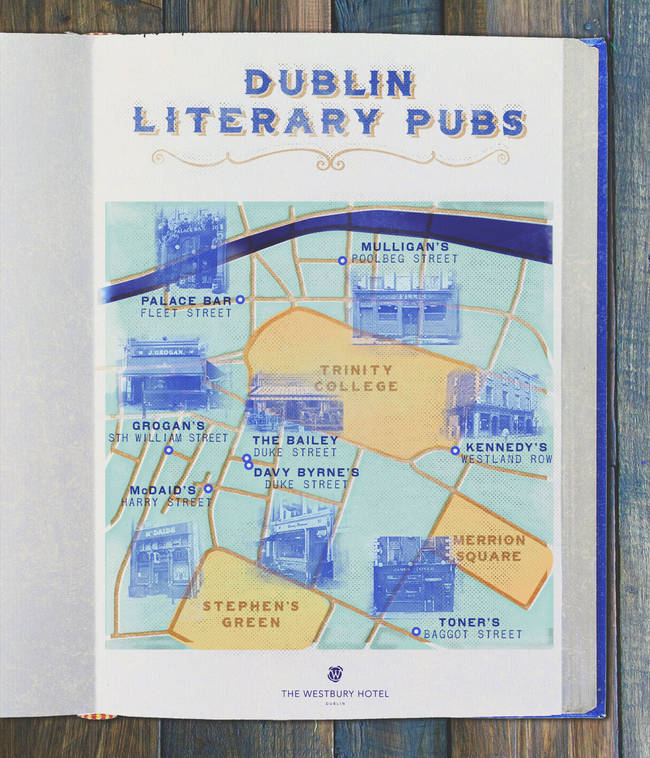