Blog (What to see at the 2017 Dublin Theatre Festival)

What to see at the 2017 Dublin Theatre Festival

A highlight in the Dublin calendar 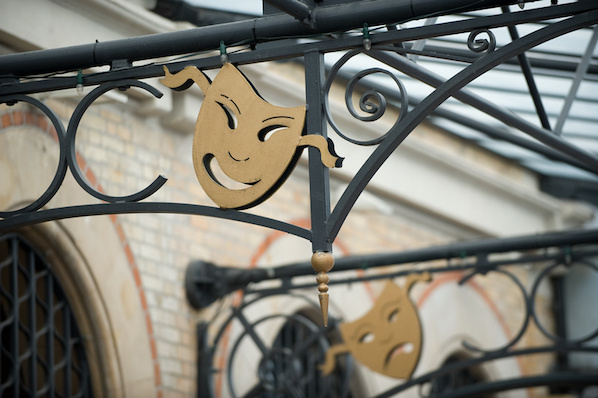 The Dublin Theatre Festival is one of the most exciting events on the city’s calendar. And the schedule for the 2017 series has just been announced, so there’s plenty of time to get excited. Though some tickets are available now, through the Friends of the Festival membership scheme, all tickets will officially go on sale on August 15th at 10am. You’ll need to be quick to make sure you nab seats to the hottest shows in town, so we’ve selected a few that we can’t wait to see…

Showing for two nights, Radio Rosario has its roots in Galway…

“Galway city, in the very near future. Valve Hegarty sings audio jingles to pay the rent; a drudgery that weighs heavily on him. He has a hankering for something of substance and is drawn to the beauty of 20th-century valve radios. A chance meeting in Clifden leads him to the site of the Marconi Station where a soundscape of ghostly broadcasts begins. Meanwhile, Rosario is… well, Rosario is Rosario. In Radio Rosario, Little John Nee brings his mesmeric musical storytelling to another dimension with long-time collaborator and creator Laura Sheeran, and a multi-award winning team."

this is a room…

Performed by the Dublin Youth Theatre, this show is about the places in which we grow up, and the way they shape your lives forever more.

“Goldfish keep growing as long as they have room to grow into. This is not true of people, or millionaires with mansions would be ten feet tall. What IS true is that the houses we grow up in leave marks on us, for better or worse. This is a play about the first eighteen years of your life and all of the things you may or may not learn in that time. How to cook, how to share a room without going insane, how to be happy. It’s about how after those eighteen years you’re expected to know certain things, even though there isn’t a class. It’s about how that’s scary, even if you’re prepared. It’s about how lots of people aren’t, not even remotely.”

A solo work starring an 11 year old boy, the play uses multi visual aids and is a co-production between Abbey Theatre and Dead Centre.

“William Shakespeare had one son. He named him Hamnet. He then left home to pursue his career in the theatre, effectively abandoning his family. In 1596, he was told that the boy - who was then eleven years old - was seriously ill. By the time Shakespeare reached Stratford, Hamnet had died.
In 1599, Shakespeare wrote a play called Hamlet.

Hamnet is too young to understand Shakespeare. And he is one letter away from being a great man. We are too old to understand Hamnet. How close are we to greatness? We meet in the middle, in a theatre, in purgatory: youth reaching forward to a life it will never know, an audience reaching back to a life it has forgotten.”

This play from the award-winning writer Sebastian Barry is sure to be a hugely popular performance.

“In Sebastian Barry’s unique style, On Blueberry Hill features best of friends and worst of enemies Christy and PJ, played by Niall Buggy and David Ganly. His new play is bursting with humanity, as it explores murder, forgiveness, survival and, ultimately, love in the prison of the human heart.”

You can find out more about all of the shows, and book tickets, on the  website. The Doyle Collection is proud to be an official partner for the Dublin Theatre Festival – for accommodation throughout, check out  The Westbury’s page.