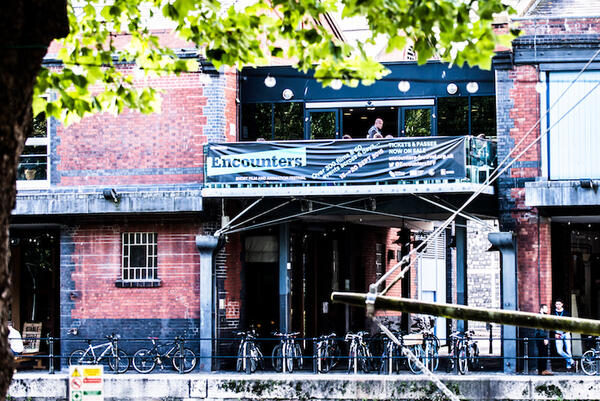 The Bristol is one of the accommodation partners for Bristol’s Encounters Film and Animation Festival coming to the city from 20th-25th September 2016. The five-day event includes the leading International Competitions for short film and animation, and is an official gateway to prestigious awards including the  BAFTAs,  European Film Awards and  Cartoon d’Or and a qualifying festival for The Academy Awards.

Encounters offers visitors a chance to watch fantastic short films from around the world for the first time, as well as join masterclasses, panel discussions, talks and workshops with leading figures from the film and animation industries.

A still from Nina Gantz short animated film Edmond, which went on to win a BAFTA in 2016

Highlights include a model-making workshop with Aardman, the creators of Wallace & Gromit. Morph and Shaun the Sheep – the muse for the experience. On 24th September families can learn how to make a clay Shaun the Sheep and ask questions about the award-winning animated films. Tickets are free but you must reserve a place.

Meanwhile BreakThru Films on 23rd September gives viewers the opportunity to see some of the most highly-acclaimed shorts including Magic Piano – one of the stop-frame films from the Chopin Shorts series.  And on 22nd September the Children’s Award 11+ shows films made for kids, by kids.

On top of this, throughout there will be screenings of horror, thriller, comedies and even dance/music videos all throughout the week.