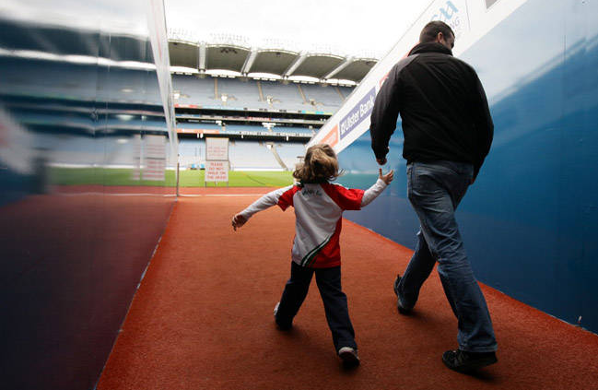 Think of the frenzy around the Summer Olympic Games or the Super Bowl, and you have ticket demand on a similar scale here on this Island. At The Croke Park Hotel, we’re more familiar with this than most, given our proximity to the home of GAA.

When planning a trip from abroad, experiencing the Gaelic games in Croke Park should be top of your list. Tickets for most matches aren’t as hard to come by as the All Ireland final however.  Here, our General Manager Alan Smullen shares a familiar story experienced by many who search for an elusive Golden Ticket in the lead up to All Ireland Sunday.

“Are you sorted yet Mikey?”, “I have a few fellas on the lookout and the County Chairman on speed dial but still no sign, I've never seen it as bad in all my years Willie”.

The search for that elusive All Ireland ticket is a journey to the centre of all that is great about our national games. The late night phone calls to your man on the county board and remember that old school mate working above in Dublin – he wasn't much of a hurler but by God he might just come in useful now.

“Ah sure I am only looking for two Hogan lower Pat, you've a heap of them lying around the front room I’d say”, “Would you get up the yard outta that Mikey, I haven’t seen sight nor sound of one and if I did, I wouldn't be giving you one anyway, that Garth Brooks fella has been on Jones Road more times than you”.

Your own Club tickets are always the first port of call, the Chairman and Secretary’s phones are buzzing, pity there wasn't as much interest when the pitch needs marking and the flags put out before the Junior B game of a Thursday evening. With that avenue turning into a culde-sac fast, it’s now every man, woman and child for themselves – no holds barred.

“And as for that other useless son of yours Maire, what’s the point in him being a hot-shot city banker if he can’t put his hands on a pair of premium tickets for his aul fella for Sunday, useless I tell ya, useless. No wonder the country is broke”.

Every contact is called, every cousin, uncle, aunt and distant relation that might have a chance is contacted – sure, you might not have spoken to them since this time last year but it’s been busy around the place, and anyway they know the story, no small talk required, this is business. No luck on that front so it’s time to widen the search, the panic is starting to rise now, tomorrow is Friday and still no luck.

“It’s nothing short of a national disgrace, I've been to every Championship and League match since 1978 and this is how I’m treated Seanie, well good luck to you and your County Board, ye were making a pigs-ear of it anyway”

Still nothing. It’s Saturday evening now and the tension at the dinner table is unreal. Himself hasn't spoken more than a grunt all day, all callers are greeted not with the usual “How’s she cuttin?” but instead “have you got me sorted yet?”, when the inevitable response is negative the call ends, abruptly. And when the Parish Priest stated that “sure it’s only a game really Mikey, isn't it?” outside mass this evening, an international incident was only just averted, by the grace of God himself.

Sunrise on the big day and all hope is lost. No ticket and there’s no milk in the fridge, could the day get any worse – maybe so.....imagine if the match is lost, having to listen to that shower yelping around for the winter, it would make you weak at the knees just thinking about it.

Dublin on All Ireland day is different, the buzz, the colour, the pint before the match to settle the nerves and the discussion about this year’s Minor team, but nobody is really listening, too busy looking at the watch, urging 3.30pm to arrive.

Speechless. “Get into that car quickly Maire, we’re away off to Dublin immediately, if not sooner – I always said that son of mine was a genius”. 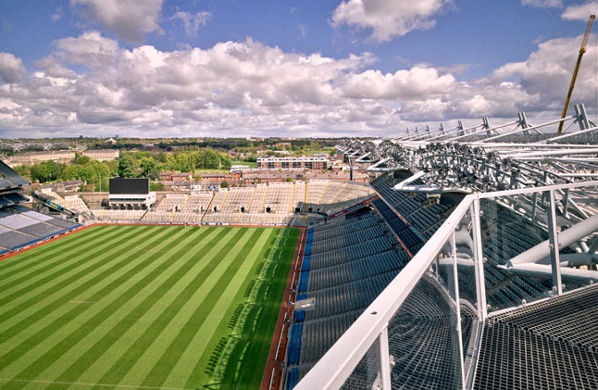