Blog (Jude’s Ice Cream Pop Up at The Kensington)

Jude’s Ice Cream Pop Up at The Kensington 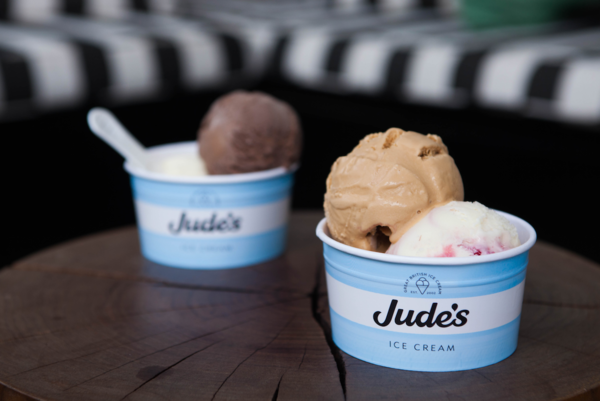 Jude’s Very British Ice Cream will be taking over the terrace at The Kensington over the August Bank Holiday, as the latest in a series of exciting pop-ups at the London hotel celebrating the best of British producers.

The Jude’s pop-up ice cream cart will be found on the terrace at The Kensington until Monday 29th August, serving six of their most popular flavours daily, priced at £3 for two scoops and £4.50 for three scoops. Choose from the likes of salted caramel, honeycomb or raspberry ripple. 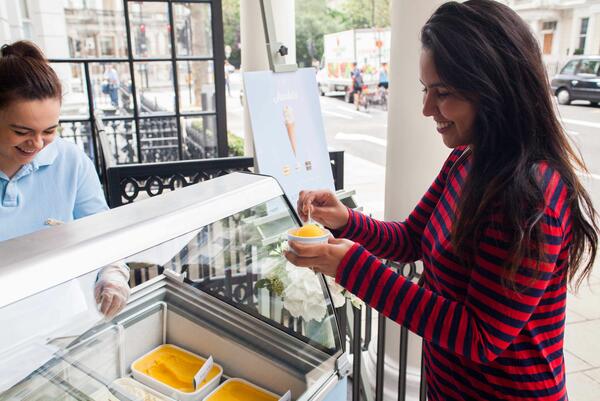 Based in Hampshire, the small but mighty award winning family-run Jude’s Ice Cream are constantly innovating, tasting, testing and producing to keep ahead of the latest foodie trends and have won over 25 Great Taste awards.

Each scoop of Jude’s ice cream is made using the very best natural ingredients, many of which are sourced locally including milk from the nearby Matterly Farm, making it the perfect accompaniment to The Kensington’s seasonal British menu. To this day the family prides itself on reducing food miles, reusing energy and recycling to help look after the environment.