Blog (Inside the World of the GAA Finals )

Inside the World of the GAA Finals

How it feels on the day of the finals 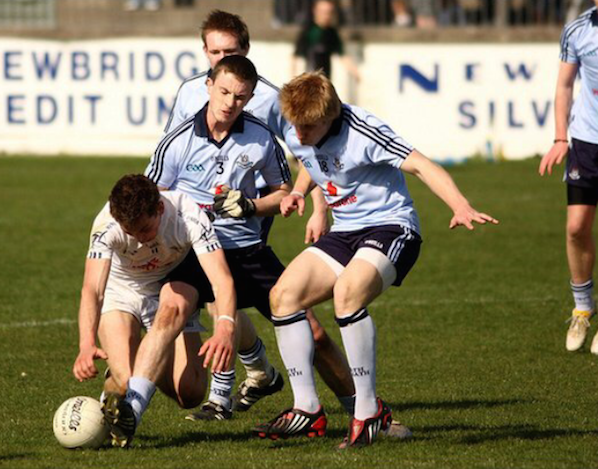 For many people, Croke Park is sacred ground. It’s in this iconic stadium that athletes tear across the field, fans roar in the bandstand and dreams are either realised or dashed.

The GAA finals are coming up in September, and with The Croke Park playing such a vital role on match days, we chatted to Peter O’Curry, Assistant Food and Beverage Manager at The Croke Park, who also plays GAA himself. We wanted to know what the atmosphere is like on match days, and how he interacts with fans.

“The atmosphere around the hotel and stadium on a match day is really something special. For me, it starts at the top of the road at Gills Corner, talking to the guards, telling them I work in the hotel and getting access down the road, as this is usually closed. The bigger the match, the more difficulty I have getting down the road, and the higher the excitement around the area!

I love the short drive down from Gill’s Corner to the hotel, as I’m a Dub myself, so I love seeing the flags hanging from the houses on the road down. The hotel itself is the next best place to be on a match day if you weren’t lucky enough to get a ticket for the game. The buzz and banter between the different sets of fans builds as it gets closer to ‘throw in’, when everyone’s excitement levels reach fever pitch.

When it gets to the later stages of the championship, naturally the atmosphere around the place increases. It’s amazing, because even when the game starts, the hotel is still packed with those faithful fans that travelled to Croke Park in the hope of getting a ticket on the day; staying in the hotel to watch the game on our big screens. Even though the volume is up its highest, you still can’t hear anything due to the fans in the hotel cheering on their county.

We get a huge amount of footfall on a match day, but in terms of the restaurant we prioritise our guests in the restaurant and only take bookings for residents. However, there is most certainly a queue system for non-residents and residents that haven’t booked - we will sit people in the restaurant on a first come, first served basis. We do also have a pop-up food court that we open on match days, for those just looking for a bite to eat in their hand. We do try our best to cater for everyone. 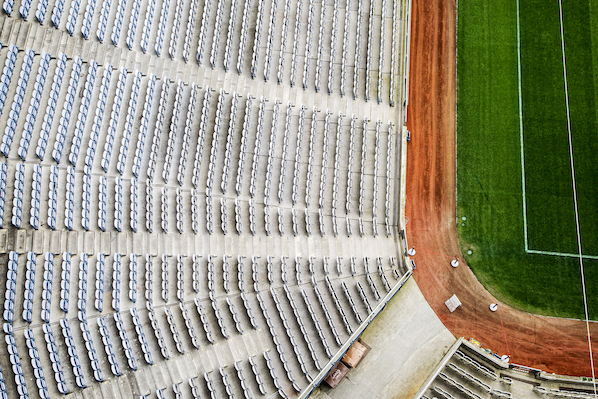 For the finals, we do try go that little bit extra for our guests, just to try to help add to their experience. For the guests that we have staying in the hotel on All Ireland finals days, for them this is their summer holidays - this is what they look forward to all year round. We do try to stay neutral here in the hotel and decorate the hotel accordingly with the colours of both counties… however, I’m always trying to push for more Dublin colours! I remember when Dublin beat Mayo in the final… I took it upon myself to decorate our GM’s office with the Dublin colours as he is a Wicklow man! I have tried to convert him, but it’s still a work in progress.

Thankfully, I have been lucky enough to get tickets for some of the games, so I get to run over to the stadium to watch and soak in the atmosphere of it all. When Dublin are playing, I try to get down to the Hill 16 stand as it is an atmosphere like no other. During the tight games it is just 16,000 men, women and children literally kicking every ball with the players.

I would often run over to the Hogan stand and have a seat. It’s not quite the same, but the tension can still be cut with a knife. It is just 70 minutes of pure excitement and adrenaline. What I love the most about it is that strangers become friends when their county wins.

Without a doubt, my favourite memory was when Dublin beat Kerry in the last minute of the All Ireland final, when Cluxton scored to beat Kerry by a point. I was actually on the Hill16 end for the game right behind the goal, so I could see it going over as soon as he struck it. That is a memory that I will never forget. The pure joy in the Hill was like nothing I have experienced before - I saw grown men cry with joy.

Another moment that I won’t forget was actually the day Ireland played France in the last 16 of the European championships. The Croke Park stadium announced that they were going to be showing the second half of the soccer match to accommodate travelling fans that were attending the GAA match that was on the same day. The GAA actually delayed throw in of the of the Leinster semi-final, so that everyone going to Croke Park could watch the Ireland match before it. To say the hotel was packed is an understatement! When Ireland scored I have never seen patrons go as wild - everyone in the hotel was ecstatic! It was just such a happy place to be for that hour, but I will always remember that about Croke Park… I thought it was excellent that they not only delayed the GAA match, but also showed the second half of the soccer match in the stadium on the big screen to accommodate fans.

Both before and after games we have live music here in the hotel. The fans leaving the stadium come into us after the game, to continue their socialising whether they have won or lost. They just enjoy what to them is the biggest day of the year and enjoy a drink, chat and sing along. Due to one team winning, after the game tends to be even louder then before the game with one county celebrating progressing to the next round or actually winning the championship. This is the only part of working in the hotel I don’t enjoy, as I would love to be on the other side of the bar enjoying the occasion with them!