There’s no better location for fashion-spotting than at the world famous Wimbledon Tennis Championships; and so last week, we asked street-style photographer  Dvora to find out what the tennis-going public are wearing this season… 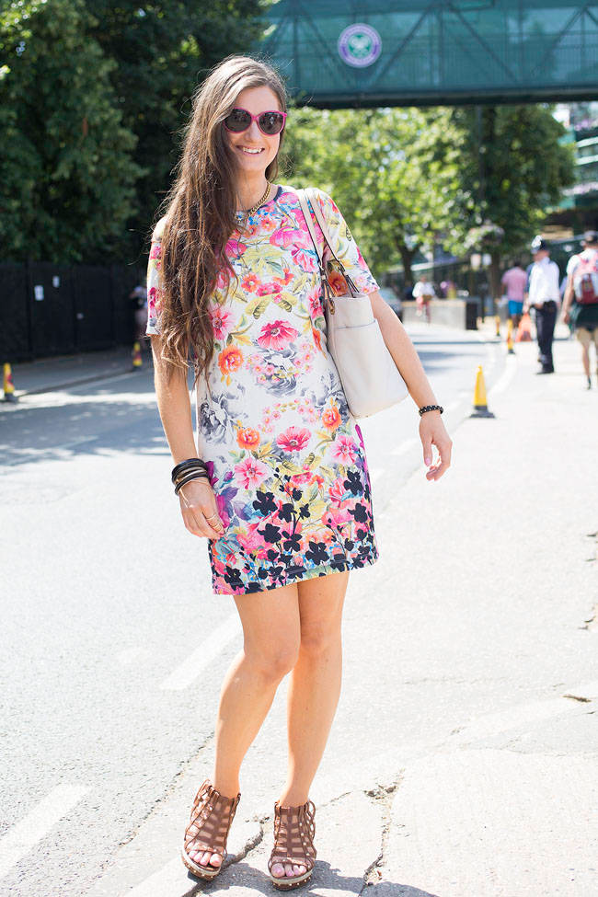 What brings you to Wimbledon? Hannah loves the Wimbledon atmosphere and tradition.

Wearing: Top from a boutique with Zara Collutes, clutch and shoes.

Caroline lives in London and Ross is in town from Surrey. Caroline is a big tennis fan and this was Ross’s first visit to Wimbledon. 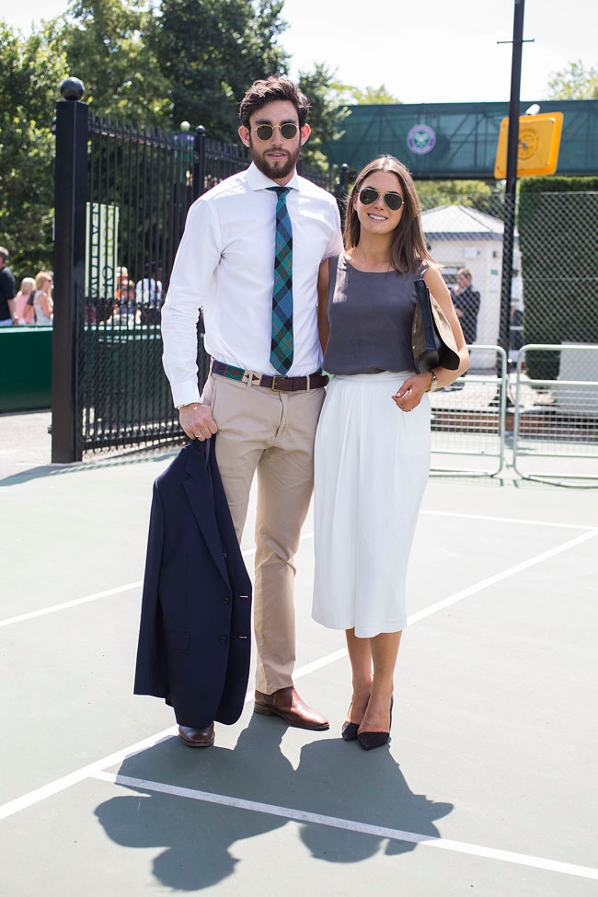 What brings you to Wimbledon? 'I like Wimbledon, it is a very British. I also like the fact it is a grass tournament. I play tennis for a club so follow the tennis a lot and I particularly like Wimbledon. We missed a wedding in Greece to be here today.' 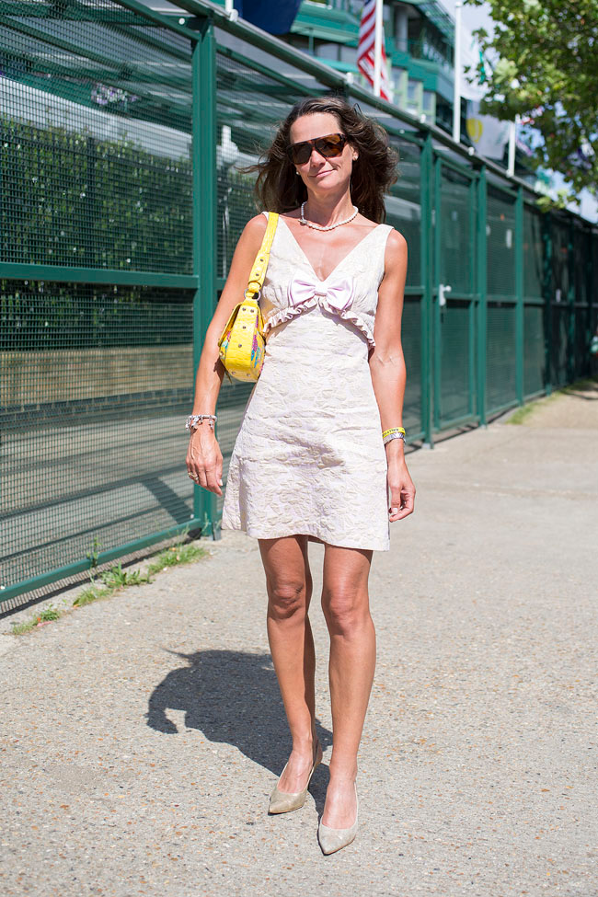 What brings you to Wimbledon? Bridget Loves to watch tennis. 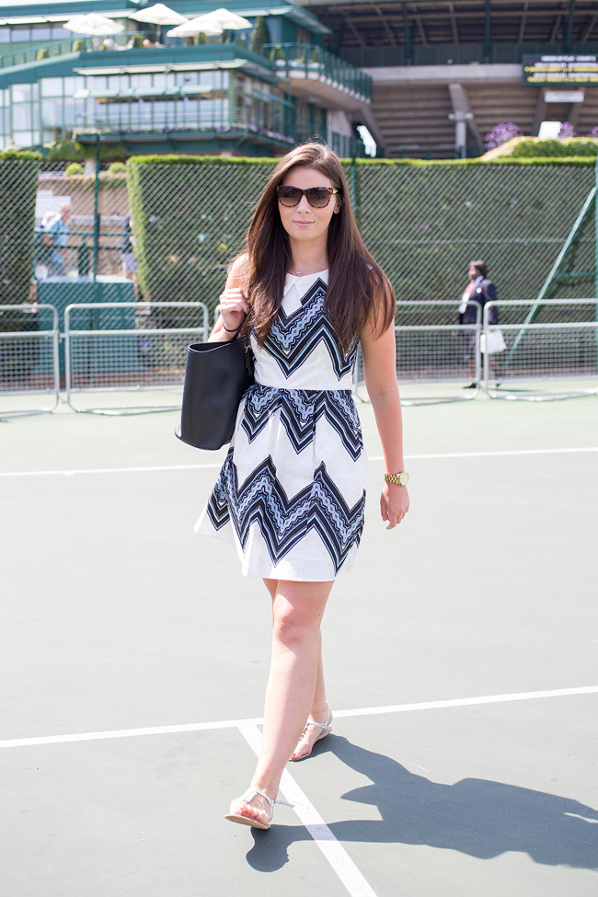 Wearing: Dolce and Gabbana glasses,with a Whistles dress, Russell and Bromley shoes and is carrying a Mulberry bag.

Lives in: Surrey - in town for the day for Wimbledon.

What brings Michelle to Wimbledon? It is my first time to Wimbledon and I am looking forward to the experience. 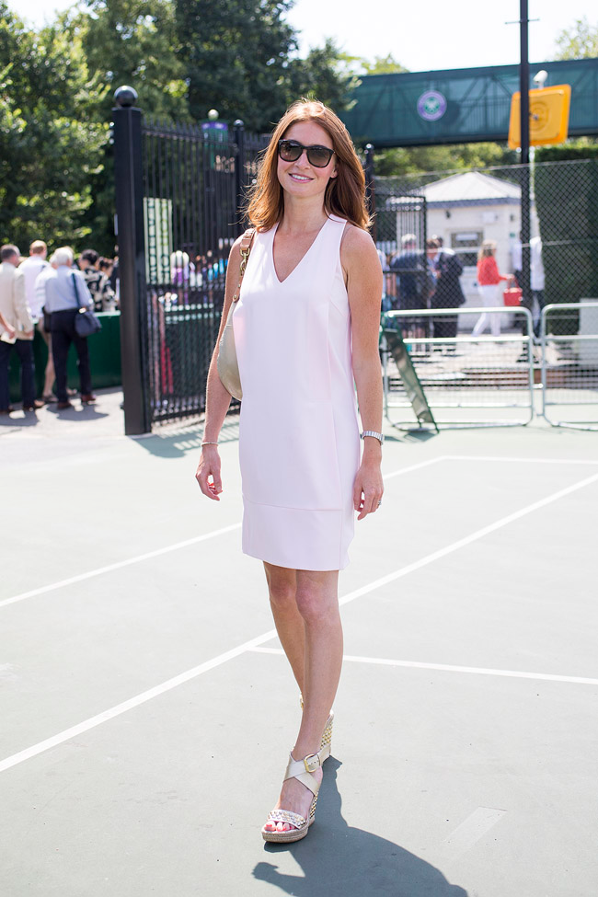 What do you like about Wimbledon? Lucy loves the atmosphere at Wimbledon. Watching the famous players. The fact that people dress up for the event and being able to dress up for it too. The strawberries and Cream and the Pimms! 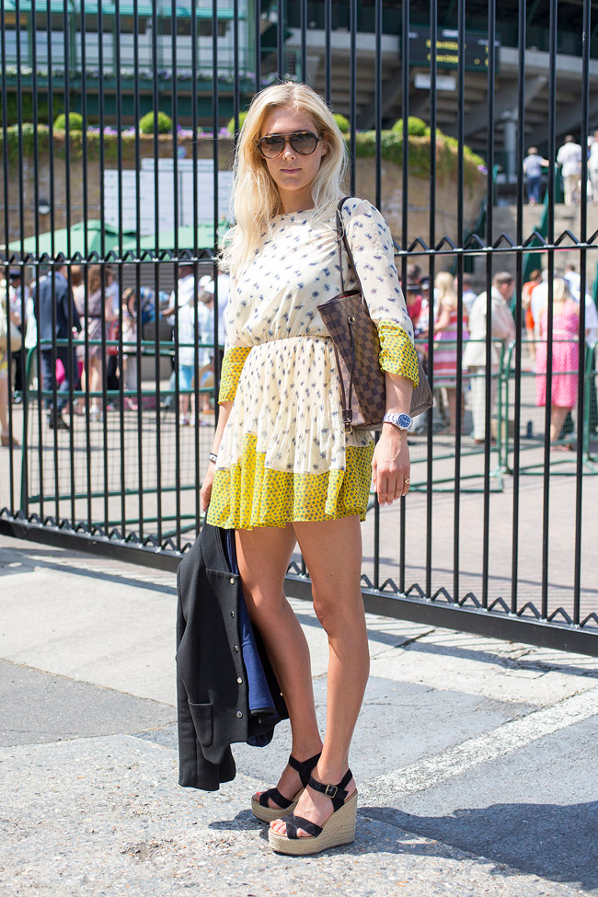