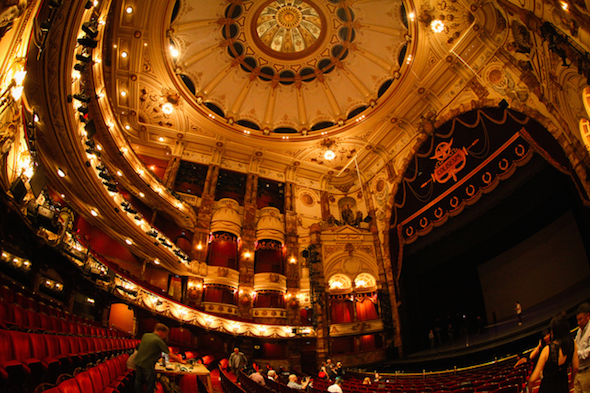 2015 was an exciting time for London Theatre. Shows such as the magical Peter Pan were performed at Regent Park’s Open Air Theatre and Poet Laureate, Carol Ann Duffy’s enigmatic adaptation of ‘Everyman’ left audiences speechless at the National Theatre.

2016 also marks the 400th anniversary of Shakespeare’s death, so along with high profile plays and modern musicals, London’s theatrical fixtures are shaping up to be even more exhilarating. As part of our #SliceOfTheCity campaign, we round up some of the top productions coming to London in 2016.

This 1993 American film comedy, starring Bill Murray, will be revived on stage in 2016. From the lyrical and theatrical geniuses who brought you Matilda!,Tim Minchin and Matthew Warchus have joined forces again. This is the tale of a weatherman who finds himself living the same day over and over again until he gets his life right.

One of the biggest multimedia franchises of the 21st century has been turned into a live theatrical experience. A new purpose-built theatre next to Wembley Stadium will play home to The Hunger Games, following characters such as Katniss, Peeta and Gale in their battle against the war-torn world of Panem.

This could possibly be the biggest stage event of 2016. This epic two-part play by J.K.Rowling has officially been announced as the eighth part to the Harry Potter adventure. It follows middle-aged Harry, Ron and Hermione in their life after Hogwarts. Audiences are sure to expect a magical and breath-taking production.

After a sell out-performance last year at The Globe, Nell Gwynn is set to make a vivacious return to The Apollo with Gemma Arterton taking the title role. Fearless, outspoken and King Charles’ most favoured mistress, Nell Gwynn’s character makes this hugely successful play superbly funny.

Set in a luxurious bedroom, Jean Genet’s controversial play is based around two maids who fantasise about killing their employer. It has been described as an intense psychological thriller with each scene depicting a dangerous or sadistic scenario of the employers timely death. Double Emmy Award Winner, Uzo Aduba (Orange is the New Black) and Downtown Abbey’s, Laura Carmichael take centre stage in this provocative yet intriguing performance.

One of the world’s most romantic tragedies is being brought to the Garrick Theatre in Covent Garden. With an exciting casting of Lily James from Cinderella as Juliet, and Richard Madden from Games of Thrones as Romeo, this classic tale of star-crossed lovers will be a memorable theatrical experience. 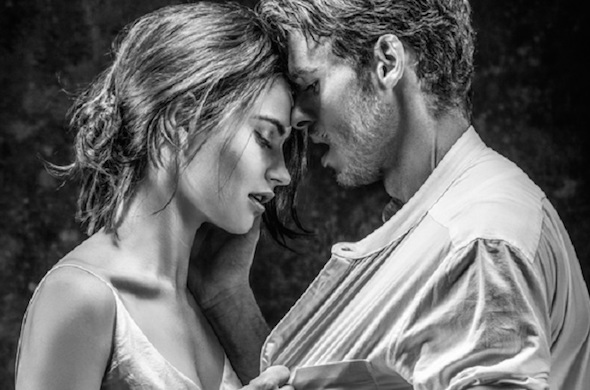 Theatre pioneers, Forced Entertainment, bring Shakespeare to the theatre, or should we say table, like you’ve never seen before. Each of his 36 famous plays condensed and presented on a table top, using nothing but ordinary household items. The powerful and dark Macbeth becomes a cheese grater, with Pericles as a light bulb and Kings and Queens as salt and pepper shakers. A truly unique yet accessible performance reflecting on our most famous playwright.

Are you planning a London theatre break in 2016? Tweet us at @DoyleCollection and @HotelBloomsbury and let us know!