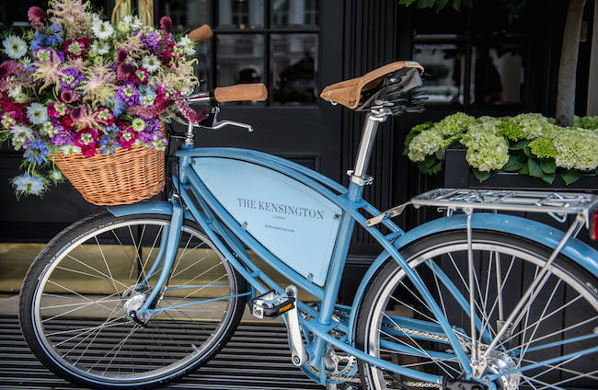 You see things from a whole new perspective, fit in with the hipster locals and even get a little fitter in the process. Enter The Kensington hotel, who have a new fleet of custom-designed bicycles created by leading British bicycle manufacturer Pashley. The beautifully chic bicycles were all hand-built, finished in a muted, powder blue shade and come with a handy wicker basket, rear wheel carrier, helmet and bike lock.

There are plenty of great cycling routes in London, but it’s also worth heading off without a plan, around the quieter roads in Kensington and Chelsea. You can pass by all of the local sights, like the Kensington Palace, as well as the nearby Victoria and Albert, Natural History and Science Museum.

If you want to head further afield, why not make your way to Richmond Park? It’ll be hard to believe you’re so close to London as you relax on the sloping greens, wander along the river and spot the famous deer as they graze. It’s about a 30-minute cycle from The Kensington Hotel, so it makes for a great and easy day trip. 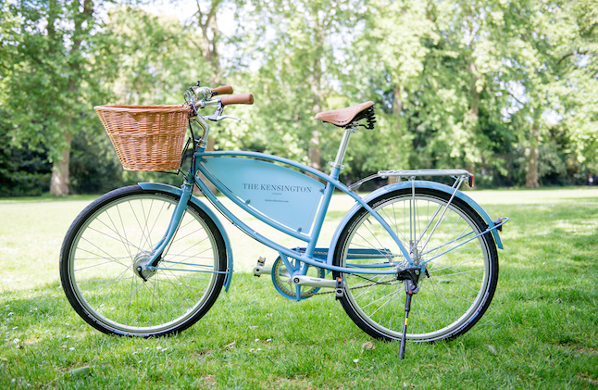 To celebrate their new bicycles, The Kensington Hotel is offering a ‘Pashley Pedals & Picnic Package’, which includes one night accommodation, bicycle day hire and an afternoon tea picnic for two. You’ll be hard pushed to find a chicer picnic, too – you’ll be heading off with half a bottle of Nyetimber English Sparking Wine, San Pellegrino Arnciata, fresh strawberries, a selection of sandwiches plus delicious cakes and pastries. You’ll also have all the picnic essentials like a rug, cutlery, glasses and condiments.

It’s fair to say that you’ll be the envy of everyone in the park! The ‘Pashley Pedals & Picnic’ package starts from £330, based on two people sharing and includes a one night stay, breakfast, bicycle day hire that comes with helmets and bike lock and an Afternoon Tea picnic to take away. A deposit will be payable on bike lock and helmet. You can learn more  here.