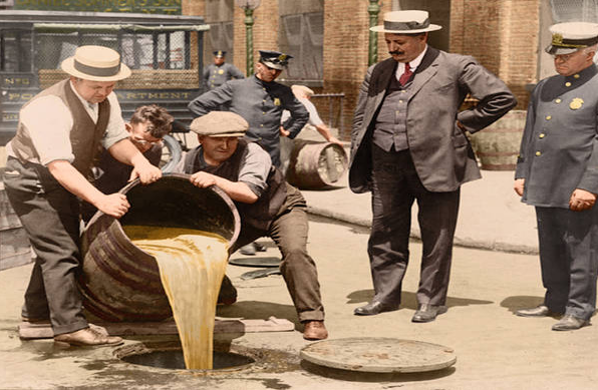 The vivid colours bring these images to life, perfectly capturing both the fashion and atmosphere of this fascinating chapter in American history.  Many of these historic photographs are set in Washington, the home of our own  Dupont Circle Hotel.

Back in January 1919, American Congress passed the Eighth Amendment, outlawing alcohol and ushering in the infamous Prohibition era. This had actually been in the works for some time, with temperance societies, religious groups and the Anti-Saloon League all campaigning for a ban on liquor sales. Throughout the 1920s, the government worked to enforce Prohibition, although those who opposed the law found ever-creative ways to enjoy a drink! Bootlegging (the illegal manufacturing and sale of alcohol) was rampant, as were stores and clubs who secretly served liquor. These became known as ‘speakeasies’, since customers had to keep their voices down to avoid attracting police attention.

Prohibition continued for 13 years, and despite the underground production of alcohol, the art and craftsmanship of fermentation and distillation were all but lost. Until Repeal Day, that is! On December 5, 1933, the Twenty-first Amendment was ratified, making both the production and consumption of alcohol in America legal once again. One of the many factors that influenced this decision was the Great Depression, which hit in 1930. The American government realised they could make millions of dollars by taxing alcohol, with President Roosevelt commenting at the time; “I think this would be a good time for a beer”.

These days, Washington DC is home to a host of very legal wineries, breweries and distilleries. Among our favorites are the Bull Run Winery, Above Ground Winery, Rock Bottom Brewery, Capital City Brewery and the New Columbia Distillers - Green Hat Gin. Be sure to check them out when you're in the area!

These images are sourced, rights-free, from the public catalogue at the American Library of Congress, and you can explore more images here. 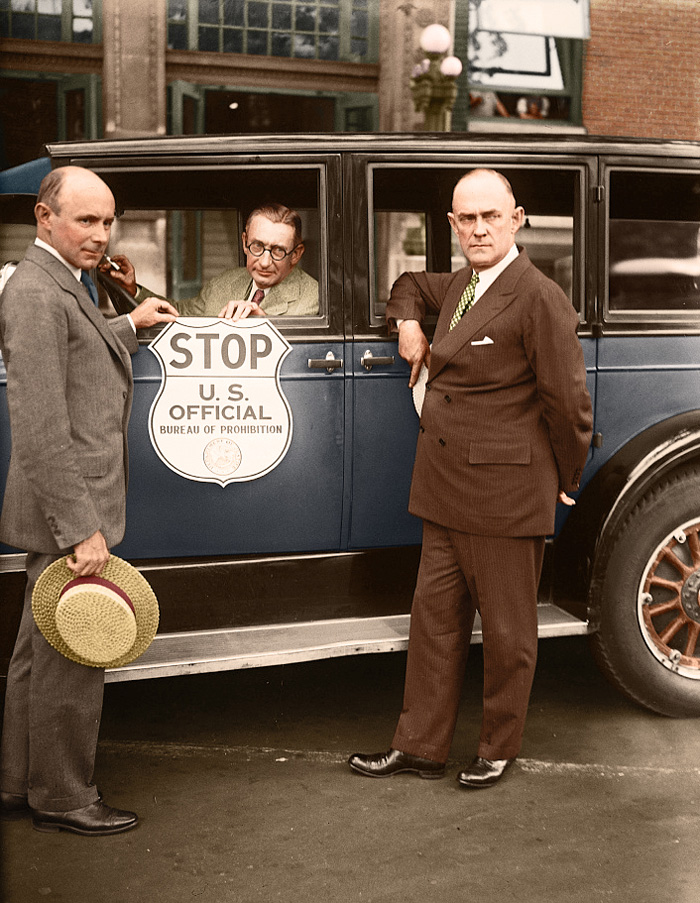 Stop when you see this sign! The Bureau of Prohibition adopted a special insignia plate for use by prohibition agents in stopping suspected automobiles. Photographed (l-r): Prohibition Administrator Ames Woodcock, H.M. Lucious, secretary of the Automobile Club of Maryland, and Ernest M.Smith, vice- president of the A.A.A. - view original 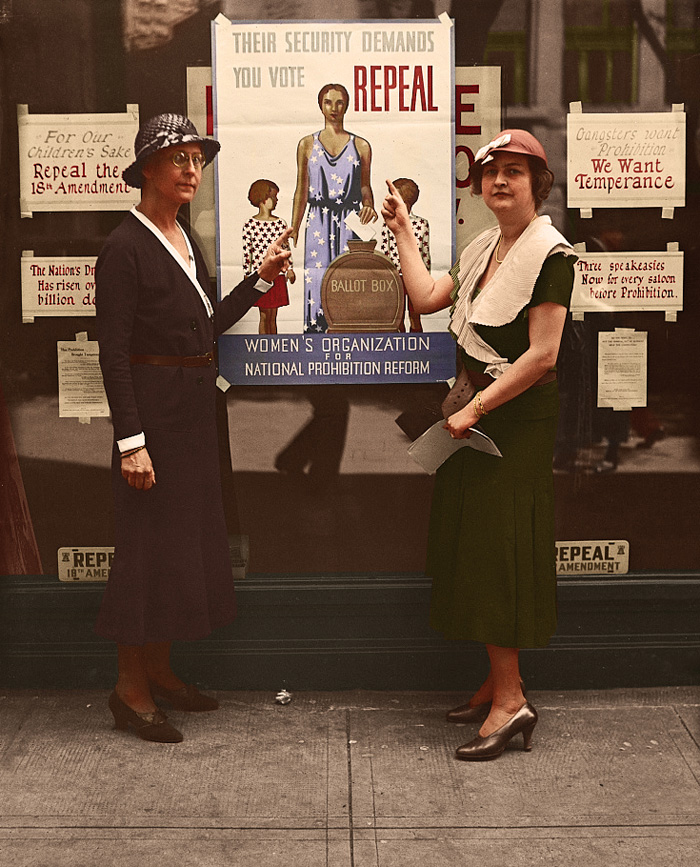 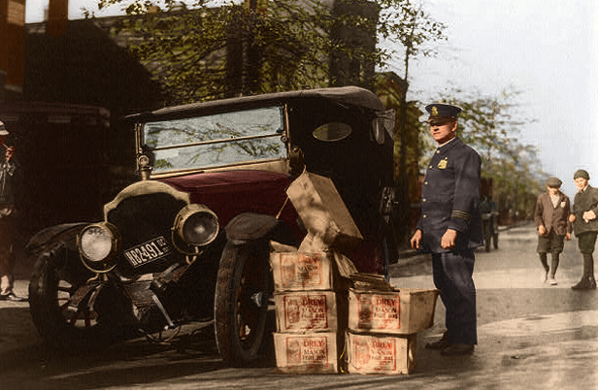 Policeman stands alongside a wrecked car and several cases of moonshine. - view original 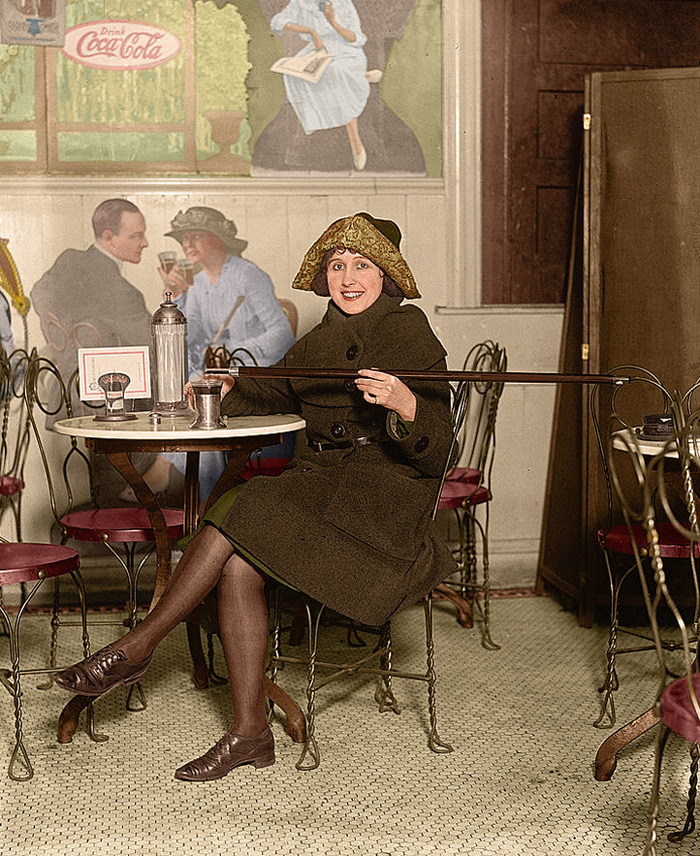 Woman seated at a soda fountain table pours alcohol into her cup from a cane. Note the large Coca-Cola advertisement on the wall, 2/13/22 - view original 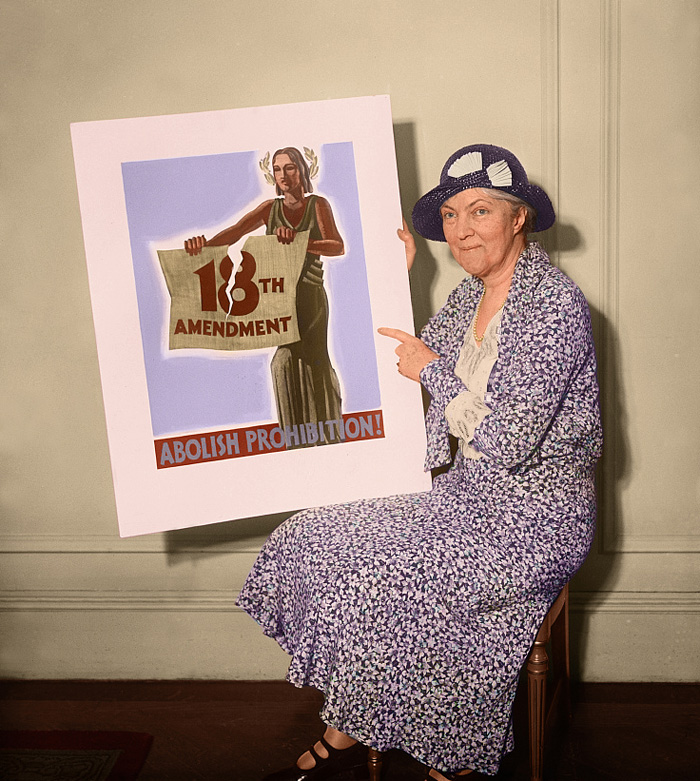 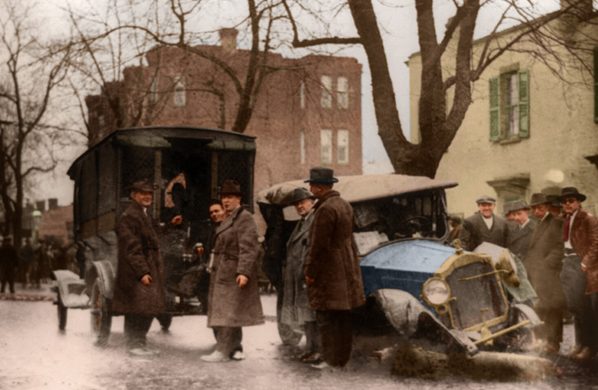 After a thrilling chase through the busiest streets of Washington, a couple of bootleggers and their car are apprehended by the Capitol police. - view original