Filed under:
The Bristol
Written by
Georgia Alford

Q&A with new Head Chef at The Bristol, Pawel Mikolajczewski 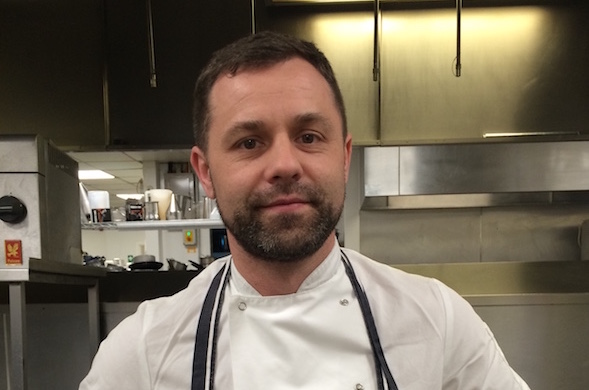 Last November, The Bristol welcomed Pawel Mikolajczewski as their new Head Chef, looking after The River Grille, Meetings & Events, River Lounge bar, Shore Café bar and of course Room Service.  Since then, he has been busy building his kitchen team and writing inspiring, seasonal menus. Pawel has owned restaurants in both Spain and London, cooking for a few celebrities along the way. After a brief stint overseas he moved back to the UK where he’s worked at both The Kensington and The Bloomsbury, before heading to The Bristol to lead the hotel’s culinary offering.

We sat down with Pawel to find out what inspires him and discover his journey to becoming Head Chef.

What inspired you to become a chef?
It was purely by accident!  I originally wanted to be an actor, but actually started to study architecture.  I was 18 years old and needed some money so took a job as a Kitchen Porter in a restaurant and just loved the atmosphere.  I gave up my course shortly afterwards, continued as a kitchen porter and within 4 months was let loose to start cooking.  I never looked back!

Who inspires you in the culinary world and why?
My parents – they are both amazing cooks.  My father wanted to be a chef but my grandfather said the work was too hard and the hours too long so discouraged him, which meant he did lots of cooking at home. My mother makes amazing sweets and pastries – although things should be carefully weighed and measured she doesn’t use scales – she just throws it all together and it always works!  When my sister tries the same it never works out!  The late Keith Floyd is an inspiration too – he used to wear his passion on his sleeve and it was all so natural to him 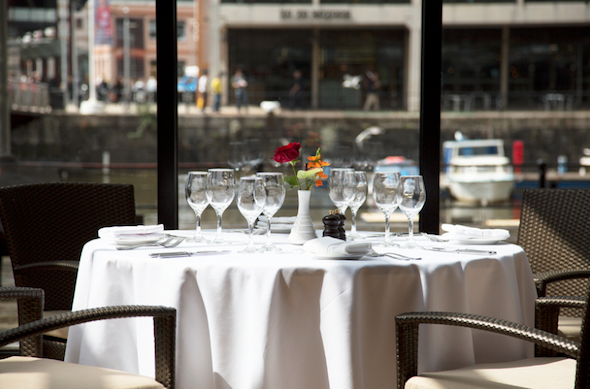 What first brought you to London after setting up your restaurant in Spain?
I actually started two restaurants in London and cooked for celebrities such as Charles Dance, Jude Law, George Michael and Clive Owen.  However, I wanted a change of lifestyle and moved to Spain for family reasons and set up a restaurant there.  After a while I felt the draw back to city life in London.

You worked at The Bloomsbury in London. Can you tell us a bit about your journey with The Doyle Collection since then?
When I came back to London I wanted to start work with a hotel rather than just restaurants.  I was offered a few positions but The Bloomsbury appealed more than most – it was my chance to learn what essentially is a 24-hour operation and it was with a company that had its guests’ satisfaction at its heart.  From there I was promoted to a position at The Kensington then, in November of last year, I was again promoted to my current position here at The Bristol. 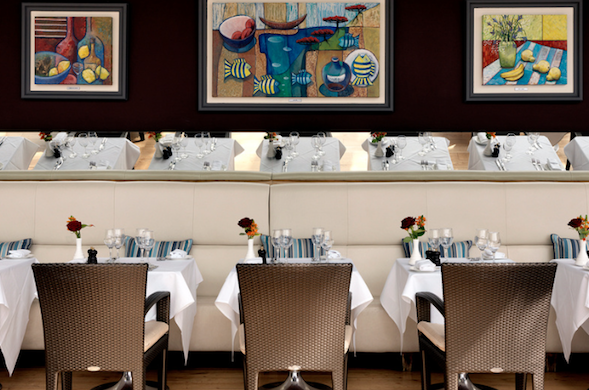 What is the most exciting part of your job?
There is nothing better than hearing the phrase “Compliments to the Chef” – so guest satisfaction is always upmost in my mind when creating all the new dishes and taste sensations.  I also really enjoy bringing my team on – working with them to create their own dishes and to assist them in their culinary journeys.

What is your favourite dish on the menu at The River Grille right now and why?
I love the Pork Belly.  It is such an under rated piece of meat and people seemed scared to cook it at home.  It is slow-cooked so the meat is really soft, then the skin is crisped up.  It is our biggest selling dish!

What do you love to cook when you’re off duty and at home?
Even though I cook all day at work, I still love to cook at home. I tend to make lots of stews as I don’t make these at work – a stew is nice and hearty and is family-orientated.  I also love to make Paella.

If you were hosting a dinner party for any 3 people, dead or alive, who would you invite and why?
Anthony Bourdain – for his stories and for keeping it real; Paul O’Brien – Head Chef at The Bloomsbury to show my gratitude and repay him for all his support that he has given me, his personality would also make the dinner a really happy place to be; and finally Coldplay to provide the after dinner entertainment! 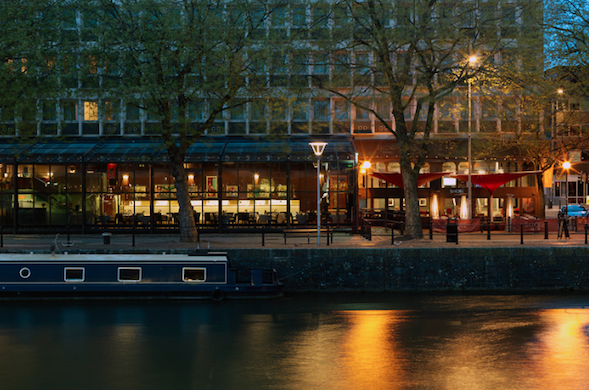 The role of Head Chef is a position that is coveted by so many in the hospitality business and takes someone that is highly qualified, with a huge passion for creating culinary masterpieces.

To find out more about The Bristol and The River Grille and to view the current menu, visit the website here.

Did you enjoy reading about Pawel and his journey to becoming Head Chef? Tweet us at @DoyleCollection and let us know. To see regular photos of Pawel’s cooking creations, follow TheBristolHotel on Instagram.