Just a 10 minute walk from The Kensington, the V&A Museum is currently showing their highly anticipated retrospective, Pink Floyd: Their Mortal Remains

Take a journey into the psychedelic world of one of Britain’s legendary bands with the V&A’s latest fascinating exhibition, Pink Floyd: Their Mortal Remains 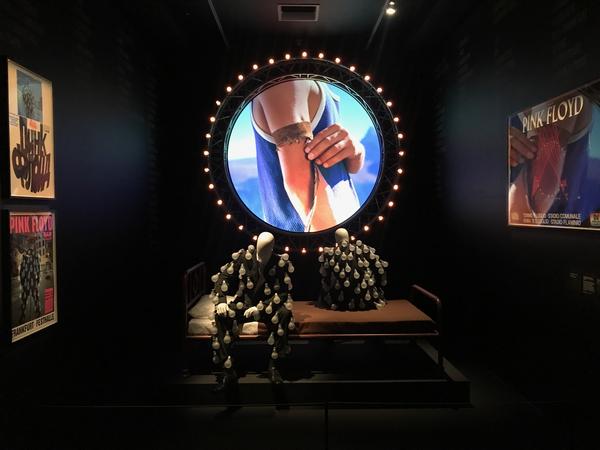 After the roaring success of last year’s Rolling Stones retrospective at the nearby Saatchi Gallery, and the V&A’s own ‘Records & Rebels’ in the autumn, the bar was set high for the latest in a series of stunning pieces of cultural commentary framed by the musical geniuses Britain has seen over the last half-century.

Entering through a black-and-white psychedelic corridor, the exhibition’s first room is dedicated to Floyd’s first frontman, Syd Barrett.  Whilst the famously faceless Pink Floyd’s anonymity shines through much of the exhibition, this touching tribute to the band’s first album includes a love letter from Barrett to his girlfriend, a personal touch notably (and deliberately) missing from the rest of the exhibition.  Following his tragic decline into mental illness, Barrett was replaced as frontman by the inimitable David Gilmour for the rest of the band’s long career. 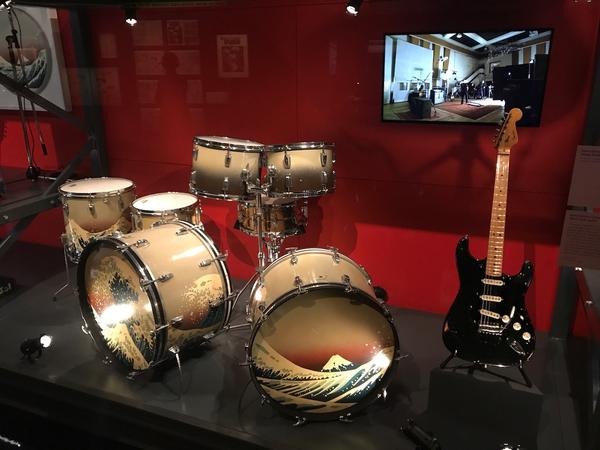 Once this first psychedelic tribute to the band’s only real rock-star is over, the facelessness of Floyd takes centre stage.  A band whose very persona was to let the visual and audible cacophony of their act have the limelight, the exhibition captures their essence perfectly.

From the revolving 3D projection of the prism of arguably their most famous album cover, to the barren white space of the room dedicated to ‘Wish You Were Here’ – a tribute to their original frontman, Syd – the exhibition immerses visitors in the unique world of Pink Floyd. Floyd’s position at the heart of Britain’s musical heritage is suitably cemented by a room dedicated to Punk Vs. Pink, which includes a replica of Sex Pistols’ frontman, Johnny Rotten’s infamous ‘I HATE Pink Floyd’ T-shirt.

The exhibition’s midway point is marked by an enormous effigy of the Headmaster from ‘Another Brick In The Wall’ and an equally magnificent and gargantuan pink replica of Battersea Power Station, with the band’s infamous giant inflatable pig high above its chimneys.  It becomes clear that the band’s imagery and use of avant-garde musical ideas alongside their philosophical, theatrical and increasingly political messages, rather than their individual personalities, is what made them truly legendary. 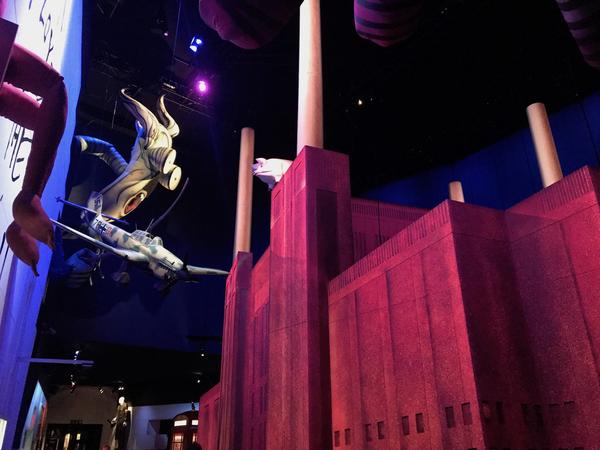 Visitors’ musical journey is rounded off with a mind-blowing audio-visual spectacular in the ‘Performance Zone’. 360 degree visuals chart Pink Floyd’s career; including the ethereal music video for ‘High Hopes’ before culminating with the quartet’s 2005’s Live8 performance.  This show-stopping ending is as close to seeing Pink Floyd live many of us will ever get.

The Kensington is proud to be a hotel partner of the V&A.