The Enduring Mystery of Sherlock Holmes 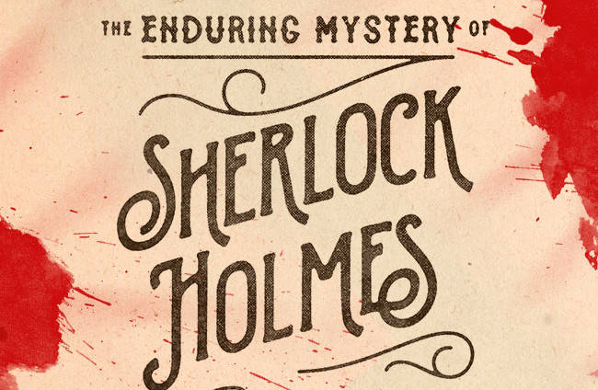 During this time, he’s featured in books, plays, films, animated series, and even video games.

The very first Sherlock Holmes novel was written by Sir Arthur Conan Doyle and published in paperback magazine Beeton’s 1887 Christmas Annual. It was the first of four novels and an impressive 56 short stories that Conan Doyle would go on to write about Holmes.

Sherlock made his on-stage debut in New York on November 6, 1899. He was played by actor, playwright and general multi-tasker William Gillette, who also adapted the tale for the stage. It was Gillette in fact who introduced the famous curved pipe as a trademark Holmes prop.

Tying into the  Sherlock Holmes Exhibition that’s currently running in London, The Bloomsbury Hotel is offering a very special  Sherlock Holmes Package, which includes an overnight stay, tickets to the event, as well as some fun, themed treats! To celebrate, we've taken a look at some of the famous detective’s most interesting guises...

Our famous detective’s first film appearance was in a 30-second movie called Sherlock Holmes Baffled in 1900. It was viewed by fans in arcades using early motion picture devices called Mutoscope machines. In order to watch the film, viewers had to turn a crank to flip through a series of frames.

American actor, comedian and filmmaker Buster Keaton wrote and starred in a silent comedy called Sherlock Jr in 1924. The film saw Keaton play a projectionist-turned-detective, and though it’s only 45 minutes long, Time magazine named it one of its All-Time 100 Movies.

Basil Rathbone is regarded by many fans as the quintessential cinematic Holmes. The South African-born English actor actually donned the iconic deerstalker in 14 films, as well as taking the role to radio and stage.

Until the noughties, actor Jeremy Brett was the definitive TV Holmes, and played the great detective for 10 years. While recent incarnations often opted to update the story, this Sherlock Holmes series stuck to a more traditional setting, and is regarded as a one of the most true-to-life representations of the era.

In 1984, fans were finally given the chance to play detective. A text adventure game called (unsurprisingly) Sherlock was launched for the ZX Spectrum and Commodore 64. In it, players had to work together with their trusty sidekick Dr. Watson to solve a double murder.

Given his long and successful career to date (and he’s still going strong!), it’s no surprise that legendary English actor Michael Caine took a crack at playing Holmes. In Without a Clue, he teamed up with Ben Kingsley, but this comedy had a twist; Watson was the genius detective and Holmes the bumbling partner.

Such is the power of Holmes, he’s even made his way into Star Trek! In ‘Elementary, Dear Data’, a character in a holodeck simulation becomes sentient and threatens the Enterprise. But don’t fear - Data and Geordi La Forge are on the case.

In 2009, English geezer Guy Ritchie brought Sherlock Holmes back to the silver screen, with Robert Downey Jr in the lead role, and Jude Law as Dr. Watson. This take on the Holmes story was more action-packed than previous incarnations, but received positive reviews and spawned the 2011 sequel; Sherlock Holmes: A Game of Shadows.

The Holmes story also caught the attention of the Muppets, and in 2010 a comic was produced, starring the Great Gonzo as Sherlock Holmes and (the very loveable) Fozzie Bear as Watson. There are four issues in total; each one follows one of Conan Doyle’s adventures.

The contemporary BBC adaptation of the Holmes legend stars Benedict Cumberbatch and Martin Freeman, and has been nominated for BAFTAs, Emmys and Golden Globes. The fourth season of the show is set for a 2016 release, giving fans plenty of time to catch up on Sherlock through the ages!

We have also created this cool illustration that takes a look at some of the famous detectives most interesting guises.