A celebration of Irish sporting heroes 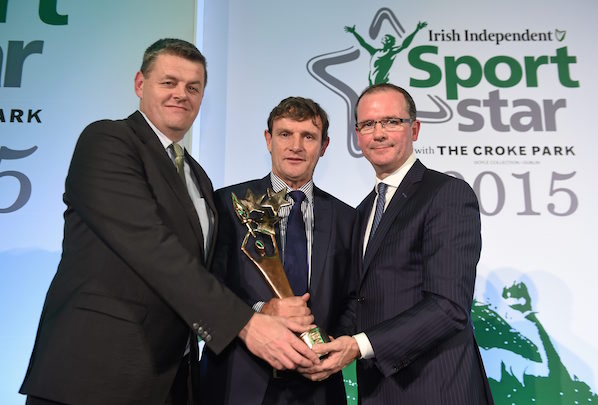 It was the evening sport stars wait all year for. On Wednesday, after thousands of reader votes had been counted, the Irish Independent Sport Star of the Year was announced, at a star-studded event hosted with The Croke Park hotel.

Guests spilled over from the hotel to Croke Park for the event, to be welcomed by a choir singing festive carols. Then it was time to head through the hallowed halls up to The Hogan Suite - but not before a welcome round of drinks overlooking the pitch itself. The field was illuminated as guests spilled in, and the room was filled with the scent of mulled wine. Familiar faces greeted each other as they mingled (some with an air of nervous anticipation!) while getting snapped by reporters from the Irish Independent. 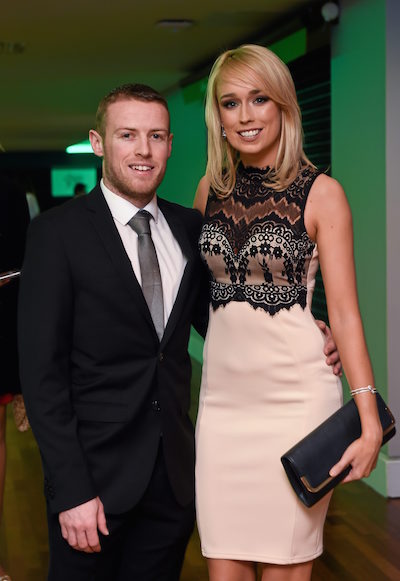 Stephanie Roche was in attendance, as well as Padraig Harrington, Micheál Ó Muircheartaigh, Brian Fenton and many more. As well as more established stars of the sporting world, there were plenty of up and comers in attendance too, so it seemed fitting that the first award was for the Young Sportstar of the Year. 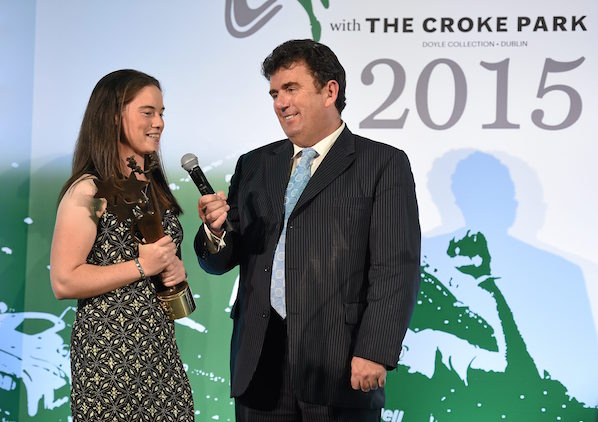 The prize was awarded to Leona Maguire, who has accomplished a headspinning amount in her 21 years. She’s the top female amateur golfer in the world, coming within one shot of winning the ISPS Handa Ladies European Masters (which was won by pro Beth Allen).

Leona is studying in the prestigious Duke University, after being offered a host of scholarships in the US, and gives as much into her studying as she does her sport, saying in her acceptance speech that she puts “100% into everything” she does.

Another star face in the crowd was Kevin Moran, famous for playing (and excelling) at… well, pretty much any sport there is! Kevin was inducted into the Irish Independent Sport Star Hall of Fame, which he decreed “an honour”. His accomplishments really are incredible – while playing soccer for Manchester United, he’d nip back to play GAA for Dublin in the off-seasons. You can read the incredible story of his career here (http://www.independent.ie/sport/soccer/kevin-morans-fairytale-journey-from-croke-park-to-old-trafford-34294458.html). Kevin was awarded his trophy by Pat King, CEO for the Doyle Collection.

Team Ireland, who scored an amazing 88 medals at this year’s Special Olympics, received the Outstanding Achievement Award. Unfortunately, all of the winners couldn’t be there in person, but a video shown beforehand showcasing all of their glorious wins was a moving reminder of what a successful Olympics they had.

But the big win of the night was saved until last, when Paul O’Connell was awarded the Irish Independent Sport Star of the Year for 2015. It’s been an incredible year for the rugby legend, who unfortunately couldn’t be in attendance on the night itself. After a compilation of his career highlights was played (accompanied by Adele’s When We Were Young) his award was accepted by his friend and teammate Alan Quinlan.

Paul accepted the award via a video, which you can watch on Independent.ie here. In his speech, he said:

"I'm very honoured and very thankful to all the readers of the Irish Independent for voting for me. It's a big honour for me considering the other nominees, the likes of Michael Conlan and Willie Mullins."

He went on to congratulate his fellow winners, as well as The Croke Park hotel.

When the awards were finished up, Après Match took to the stage to deliver some comic zingers (as well as some impressions of a few members of the audience…) Then it was back over to the buzzing bar at The Croke Park, where the revellers were entertained by live music into the wee hours.

A huge congratulations to all of the winners!