Blog (A Summer’s Evening on the Quad at UCC)

A Summer’s Evening on the Quad at UCC

An open air concert in Cork 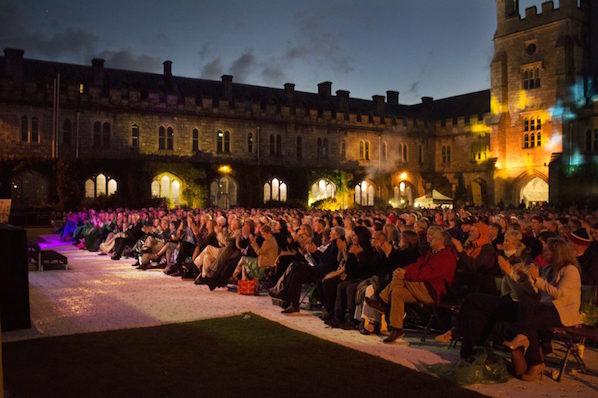 Nothing beats spending an evening outdoors when summer rolls around. Even if we’re not blessed with balmy temperatures here in Ireland, our long, ambling evenings are made for socialising, music and gatherings.

For eleven years, A Summer’s Evening on the Quad has been the highlight of the musical calendar in Cork. The fully seated outdoor charity concert takes place in the Main Quad at UCC, a beautiful space to soak in some great live music. Over the years, it has raised over €500,000 for charities both in Cork and around the country, and The River Lee is one of their sponsors. 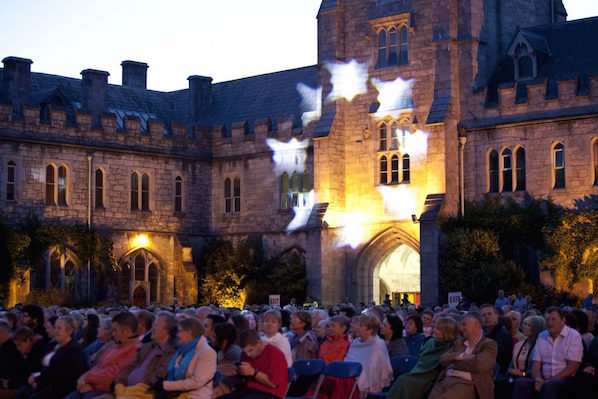 Also on stage is Rebecca Storm, a musical theatre legend with some fantastic characters on her resume – over the years she has played Fantine in Les Misérables, Edith Piaf in Piaf and Miss Hannigan in Annie. She even has her handprints on the ‘Gaiety Theatre Walk Of Fame’.

Michael McCarthy was born in Cork, and has performed some great roles, like Javert in Les Mis for the RSC production. He performed the role over 5000 times, all over the world, including Windsor Castle for HRH Queen Elizabeth II. He also played the role in the West End, Broadway, San Francisco, Sydney, Melbourne, Shanghai, Dublin, Edinburgh and more. He’s played some other fantastic parts, too, like the title roles in Sweeney Todd – The Demon Barber of Fleet Street and Phantom of the Opera.

Tickets for the evening cost €30 and you can buy them, and find out more, on the website.