Tales from the Snowstorm – How The Croke Park faced a blizzard

How the Dublin hotel coped in the snow 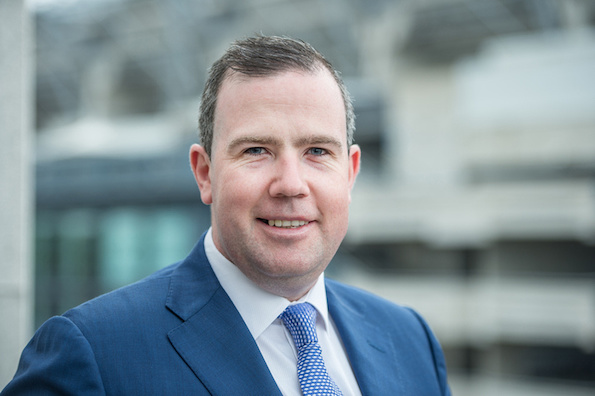 It’s hard to believe that Dublin has just been covered with another layer of snow, after the remnants of Storm Emma had all but disappeared. This time, however, the snow that fell on St Patrick’s Day vanished much faster, without the disruption that came with the earlier blizzard.

When Storm Emma struck at the start of March, no one could have predicted quite how the country was affected. But while huge snowfall caused endless disruption, it was also the source of much fun, with communities all pitching in and neighbourhoods having fun in the snow. It also meant that a lot of people were snowed in together, and when you work in the hotel business, you can’t just shut down shop.

At The Croke Park, Deputy General Manager Sean Reid had more than his fair share of challenges when it came to the big freeze, but he and his team pulled through and overcame a fairly large obstacle. We spoke to him about how they fared in the snow, a rather big achievement and what turned out to be a rather epic display of snowmen…

What was the plan for the snow? Did you have anything in place for what would happen in the bad weather?

As a management team, we met on the Tuesday to discuss what procedures we needed to put in place for the bad weather forecasted. At this stage we were still unsure of how severe it would be but we were of course planning for the worst case scenario. The two most important things for me were the safety and security of our guests and team - everything else was secondary.

Did you have many cancellations, or people who stayed for longer than planned?

This was actually quite the opposite! We had a large conference in house with us (Openstack) that arrived on the Sunday and were booked in until the Saturday. They were conferencing in Croke Park Stadium all week. This group consisted of nearly 180 people. Croke Park Stadium had to close from 1pm on Thursday due to the weather conditions. This left Openstack with another day and a half of a conference and no venue. To the rescue The Croke Park came! We do not normally have facilities to cater for this size of a conference, but we looked at their requirements and tried our best to help.

We transformed all bars, restaurants, lobby areas and public spaces to conference areas. Openstack were delighted that we could help them and everyone was flexible and understanding. We were conscious that the delegates would begin to get cabin fever on Friday so we tried our best to make their stay as fun as possible. In the evening time we pulled out a portable Guinness tap to teach people how to pull a pint, snowman building competitions took place in our Courtyard and we got a two piece band in for the Friday night to keep everyone spirits up.

Can you tell me a little more about what happened during the snow? Were there many guests/staff in the hotel?

We had to constantly revaluate the situation on an hourly basis. We had management meetings every two hours so I could check in with all departments and see if there were any potential risks ahead. Never has the moto “communication is key” been more true.

How were the staff during the snow?

The staff were absolutely amazing. Any staff that could make it in did and a lot of us stayed for the full four nights in rooms. We had housekeepers in the kitchen chopping vegetables, concierge out salting the footpaths and receptionists pulling pints. I cannot describe in words the sense of teamwork that was shown over this period of time. Nobody was negative and everyone pulled together. I have never been more proud of the team here. It was ironic that the week previous we were listed as a Great Place to Work. No award more suited to this team.

@CrokeParkEvents @crokeparkhotel - Thanks for everything you all have done to help make our event work, despite the crazy blizzard. Your entire staff is to be commended for being kind, polite, and generally amazing. #SnowpenStack #OpenStackPTG

The @OpenStack Foundation Staff, the @CrokeParkEvents staff at @CrokePark and the @crokeparkhotel are displaying a shining example of community collaboration. Thank you all for taking care of everyone. #snowmageddon #SnowpenStack #OpenStackPTG