The Films You Have to See at the Cork Film Festival 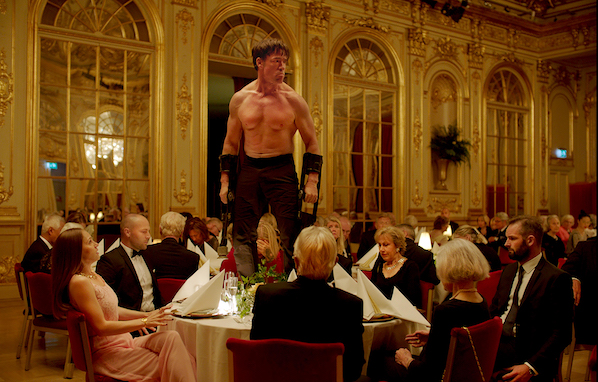 Continuing the series of fantastic festivals in Cork, the programme has just been announced for the 62nd Cork Film Festival. Taking place over 10 days, from November 10 – 19, the festival showcases the best in Irish and international film, including the Irish premieres of many movies.

This year, there are 115 feature films (including 34 documentary and 1 short film), with 50 different countries being represented on the big screen. The screenings take place all over the city, at The Everyman, Gate Cinema and Triskel Christchurch.

The Man Who Invented Christmas

The Irish premiere of an Irish/Canadian co-production, this festive tale tells the story of how A Christmas Carol was created, with Dan Stevens (of Downton Abbey and Beauty and the Beast) playing the role of Charles Dickens. This movie opens the festival at The Everyman.

Another Irish premiere, this science-fiction road movie will close the festival. Starring Matt Damon and Kristen Wiig, Downsizing tells the tale of a husband and wife who decide to shrink themselves to simplify their lives.

Winner of the Palme d’Or at the Cannes Film Festival, this movie by Ruben Östlund is a satirical drama based around the publicity of an art installation. It stars Claes Bang, Elisabeth Moss, Dominic West, and Terry Notary.

It’s been 40 years since Elvis Presley died, and this documentary by Eugene Jurecki examines how America has changed in that time.

One of the many screenings celebrating the Irish film industry, this film by Frank Berry tells the story of an 18 year old living in Dublin, who is caught hiding drugs for his friend’s older brother.

Under the Bord Scannán na hÉireann/the Irish Film Board’s Focus Shorts and Real Shorts schemes, over 50 Irish short films will be shown across the festival.

The little ones aren’t left out – there are a number of movies presented in association with the Irish Film Institute Education Department. Included in the programme are Red Dog: True Blue, Buffalo Rider, Close Encounters of the Third Kind and Paddington 2.

For full details visit corkfilmfest.org. Check out  The River Lee page for accommodation – all of the cinema venues are a short walk from the hotel.