Blog (The hidden spots of Marylebone - The Golden Eagle)

The hidden spots of Marylebone - The Golden Eagle 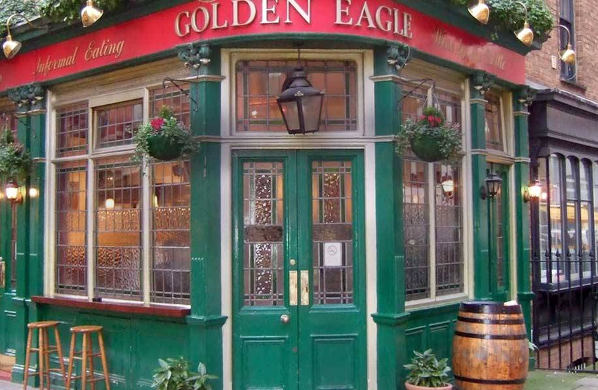 If you’re looking for something quirky, you’ll likely find it in Marylebone.

If you’re after a classically British pub for a cosy pint, then you can’t go wrong with The Golden Eagle. This tiny bar is a hop over the road from The Marylebone hotel, and is the quintessential London pub. On sunny days, patrons prop themselves outside on one of the standing tables, underneath the hanging baskets of flowers, for a beer and a chat. Come winter, you can tuck into one of the corners to read the paper and take a moment to yourself.

There’s a wide selection of British ales on tap, so you can try an IPA or the old favourite, London Pride. Three times a week, Tony Pearson pops in to tinkle the ivories on the pub’s piano.  Tony’s been playing in the pub for the last 28 years, entertaining customers with jazzy tunes as they relax. 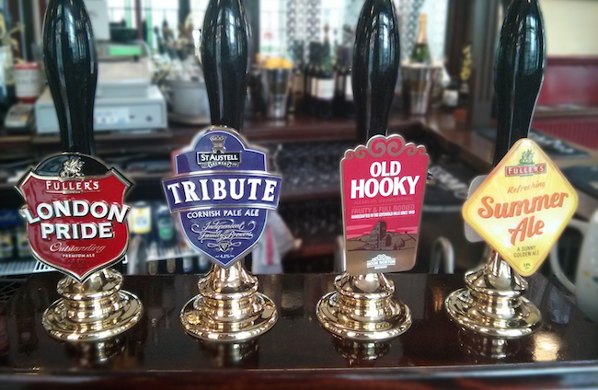 The pub has been around since 1851; before that, it was a tailor’s. The owner at the time got a liquor license, so he could serve his customers drinks while they waited for their clothes. It’s been a pub ever since.

You can listen to Tony every Tuesday, Thursday and Friday, from 8.30pm – 11.15pm. The Golden Eagle is on 59 Marylebone Lane. 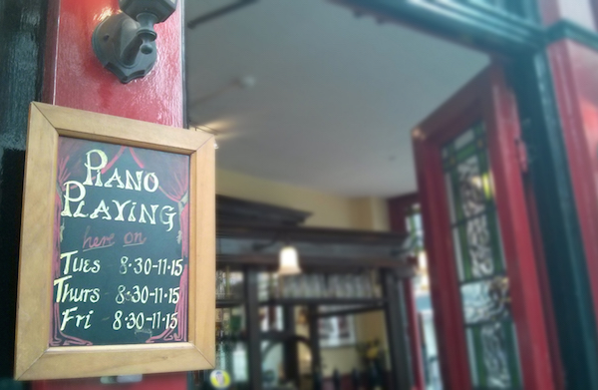