Blog (The Road of Croker: From Orchard to Stadium)

Filed under:
The Croke Park
Written by
Daniel Gray

The Road of Croker: From Orchard to Stadium 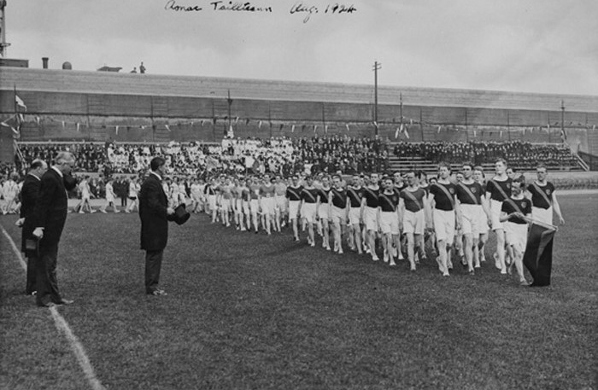 Would you believe then, that Ireland has two! The enduring success of the country’s beloved Gaelic games (hurling and Gaelic football) is symbolised in  Croke Park, the 82,000-seater stadium it calls home. And it has quite a story to tell!

From meek beginnings in the late 19th century, this iconic symbol on the northside of Dublin city has grown to become Europe’s fourth-largest stadium, and an enduring and powerful symbol in Irish cultural memory.

Though originally founded on the other side of the country in Thurles, Co. Tipperary, the Gaelic Athletics Association (GAA) has been headquartered in Croke Park since 1913. Intrinsically tied to Irish national identity, the GAA has played a key role in the sporting life and development of the country; and has become a social and cultural power both locally and nationwide. Equally, Croke Park has had an enduring effect on the character of the area in which it stands.

The Jones’ Road site of the stadium began life as a pretty garden orchard before railway lines (which pass beneath the stadium today) moved in. Increased access to the area resulted in the construction of the City & Suburban Racecourse in 1894, which quickly became a venue for the nation’s popular Gaelic games. When the Racecourse grounds went up for sale in 1904, a former GAA President, Frank Brazil Dineen, snapped them up for future sale to the Association (which was then in a mire of debt). Dineen erected the grounds’ first stadium terracing and invested in modernising the grounds until the GAA’s eventual acquisition of the property in 1913. This purchase came as a result of revenue from the hugely popular Croke Memorial tournament (so popular, in fact, that thousands of ticketless spectators climbed the stadium walls to get in – not really an option anymore, given today’s sky-scraping architecture!).

After that, Croke Park entered decades of wide-spanning, often historically significant development. The first was the northern terrace, created using rubble from O’Connell Street’s involvement in the 1916 Rising. Quickly, the stadium became colloquially known as Hill 16, and was subsequently joined by the Hogan Stand (named after Tipperary captain Michael Hogan) in 1924, the Cusack Stand (in honour of GAA founder Michael Cusack) in 1938, and the Nally Stand (after Pat Nally, another GAA founder) in 1952. Later, the 1980s saw a 15-year plan laid out for the future development of the stadium, which culminated in 2005 to form the iconic stadium that stands tall on the Dublin skyline today.

However, it’s not just the building that conjurs up the excitement and pace of match-day! The red-brick streets of north Dublin suburbs Drumcondra and Clonliffe will be familiar to any GAA fan who’s passed through in a swathe of county team colours. The pre and post-match celebrations (or commiserations, depending on the day!) have contributed to the fabric of Croke Park’s surrounding neighbourhoods. Local pubs like the Big Tree - covered in curtains of various county flags, and the memorabilia-filled Meaghers are as much a part of the match-day experience as the stadium itself. The huge numbers of staff required for matches and concerts have been a source of employment for locals, while the Croke Park Hotel, opened in September 2005, has turned the area into a dedicated destination for visitors, concert-goers and GAA supporters. The addition of new attractions like the Etihad Skyline and the GAA Museum within the stadium brings a vibrant, multi-faceted element to Croke Park when it’s in hibernation from live football and hurling. Indeed, further plans for expansion in the future promise to only bolster its already stellar reputation. Recently-announced plans to purchase local derelict flat complexes; Croke Villas, will enable Dublin City Council to re-house nearby Ballybough residents in newly-built, modern housing. What’s more, that site is planned to become a new grand entrance into the stadium. While examples of predatory land-buying from other major sporting organizations have a tendency to damage relationships with locals, Croke Park’s gradual, sensitive expansion reflects the GAA’s work across the country in developing communities and local pride. 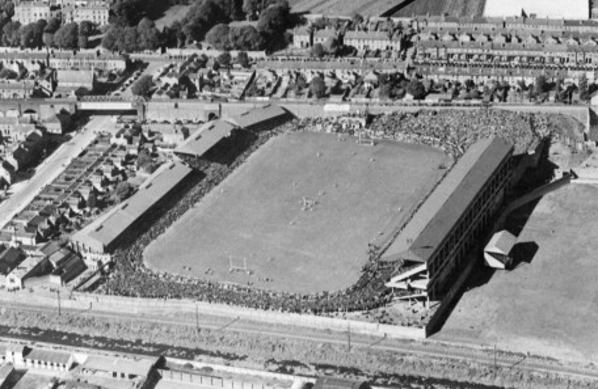 Daniel Gray is the editor of Totally Dublin magazine and guest editor for The Irish Times. He writes on urbanism, culture, society and music, and has been featured in Vice, Image, Visit Dublin and Le Cool. Daniel tweets at twitter.com/drquirkeys