Blog (Why London is so wonderful in Spring)

Why London is so wonderful in Spring

Full of the joys!

Storm Doris may have kept the warmer weather at bay but with her firmly on her way to Russia the sun is finally out, the daffodils are blooming and it’s starting to feel a lot like spring (don’t speak too soon). This is one of the best times of year to visit London and here’s 10 reasons why 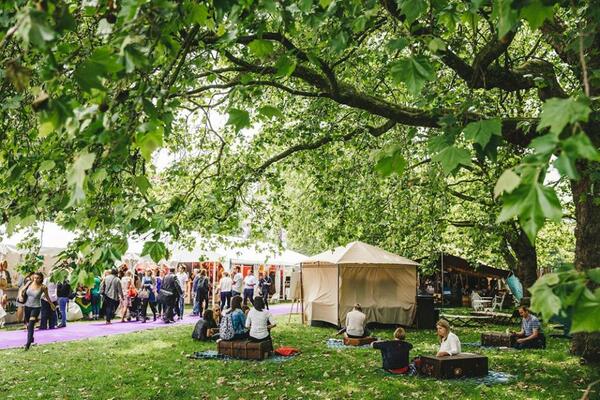 As we mentioned in our last post, tis the season for the food festival. Once the weather warms up, even just a tiny bit, Londoners flood outside. Check out our favourite food festivals here.

For a city the size of London it is rare to have so much green space. The Doyle Collection hotels are all well-placed to make the most of them. If you’re staying at The Kensington, you’re moments from Kensington Gardens and Hyde Park, next to The Marylebone there’s Regent’s Park and The Bloomsbury is about equidistant between the three and not far from Primrose Hill, where you'll find some of the best views of London. There are plenty of activities in all of London’s parks, from zoos to open air theatre, trapeze schools and go karts.

Spring marks the beginning of some of London’s most exciting art exhibitions. David Hockney at the Tate launched in February and is running until the end of May. The exhibition is a comprehensive showcase of his differing styles of work. Overlapping this is the Tate’s Queer British Art 1861-1967 celebrating 50 years since the decriminalisation of male homosexuality with work by artists including Hockney and Dora Carrington. The Tate Modern will be covered in fog by Japanese artist Fujiko Nakaya as part of the 10 days Six Nights project from 24th March. Meanwhile The National Gallery’s Michelangelo & Sebastiano, from 15th March celebrates their collaborations. The British Museum’s The American Dream: Pop to Present takes a look the Land of Opportunity through the prism of its artists and their printed works. Expect to see pieces by. Ed Ruscha, Andy Warhol and Kara Walker. 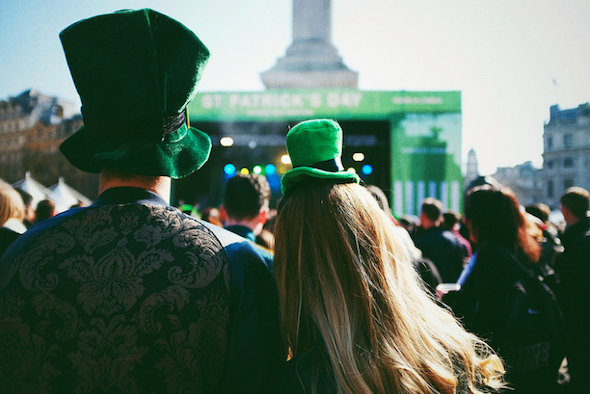 London turns green in celebration of St Patrick’s Day, they're probably the largest parties outside of Ireland. The city embraces all that is Irish, with Gallic food, drink and music. Watch this space for Doyle Collection’s very own celebrations.

One of the reasons (or rather two of the reasons) London has such a spring in its step this time of year is the double bank holiday we’re graced with in May (one at the beginning and one at the end). This year is extra exciting as the first bank holiday, on 1st May, runs back to back with Easter, meaning workers can take 9 day’s holiday and get 18 days off work. Bank holidays always bring with them a festive feeling, particularly if the sun is out. This means sitting in beer gardens all day long, picnics in the park, music festivals and heading to rooftop bars.

Join the thousands of spectators as they cheer on professionals and amateurs in this world-famous street race. Competitors tackle the gruelling 26-mile run that sees them weave through London’s landmarks, from Greenwich to an exhilarating finish on the Mall. Even if you don’t know someone running, the atmosphere in the crowds is electric. 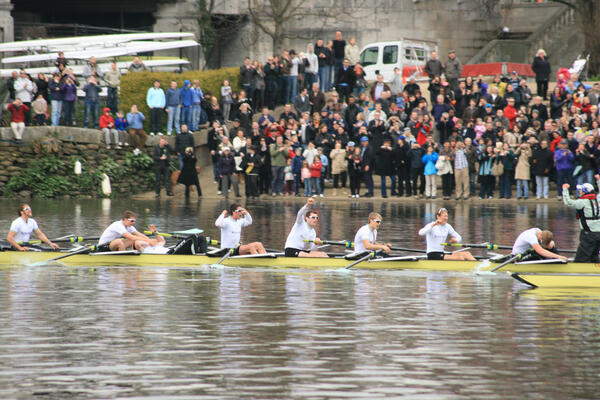 Perhaps one of the most ‘English’ of events in the spring social calendar and certainly one of the oldest – it’s been running since 1829. This age- old tournament between England’s most prestigious universities, Oxford vs Cambridge, pulls in hordes of crowds along the Thames to see who will win the contest. It’s a great way to spend the day – if the weather is nice – find a riverside pub and get there early, seats and views are in high demand.

Join in this free celebration of London’s waterways in Little Venice over the first May Bank Holiday weekend. There will be activities for all the family with a boaters’ gathering, a pageant of boats, trade shows and stalls, live music, kids’ activities, competitions, Morris Dancers, a real ale bar, a wide variety of snacks and food.

Twice a year, not-for-profit cultural publisher  Culture24 invites all UK museums, galleries and heritage sites to throw open their doors after hours and several kindly oblige. This year stop into Fulham Palace, The National Gallery or go for a candlelit tour of Benjamin Franklin’s house.

The RHS Chelsea Flower Show marks the beginning of the summer social calendar in London. Taking place at Royal Hospital Gardens just off the Embankment the show is the ultimate event for garden lovers. You’ll find cutting-edge garden design from the country’s top landscapers, new varieties of flowers, as well as furniture and decorations to buy for the garden. Book early to avoid disappointment.