Blog (8 things not to miss in Kensington this month)

8 things not to miss in Kensington this month

What's on in October 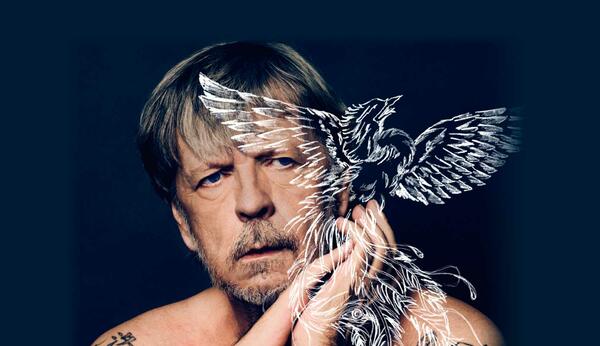 French singer Renaud is making a comeback after 10 years with his European Pheonix Tour and will be making a stop at Hammersmith’s Eventim Apollo on 18th October. The pop-star is a big name in France, his characteristic voice known for producing songs that have become classics and the evening is sure to be a big draw for the French ex-pat community in Kensington.  eventim.co.uk/renaud-london-Tickets

Ice skating at The Natural History Museum, from 26th October

A highlight in every Londoner and tourist’s winter calendar, the ice skating rink at The Natural History Museum opens at the end of the month along with its strings of magical fairy lights and hot toddies. The main rink is set against the backdrop of Alfred Waterhouse’s buildings – spectacular on their own, but even more enchanting when the festive event begins. There is a smaller rink for children, with penguins for support, and around the perimeter are wood lodges. The Café Bar overlooking the ice has live music on Thursday and there is a carousel too.  nhm.ac.uk/visit/exhibitions/ice-rink 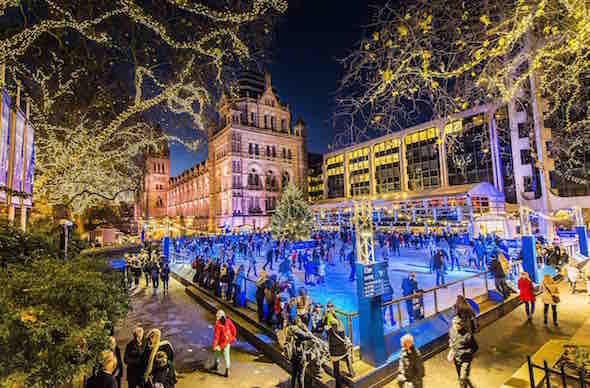 Think you’re the biggest chocoholic in London? Think again. From 14th-16th October 20,000 fans of the cocoa bean will descend on Olympia for a weekend of truffles, cakes, desserts, ice cream, baking, cocktails and sculptures. Celebrity chefs will be holding demonstrations and workshops, along with Great British Bake Off winners. And there’s the famous chocolate fashion show, of course! thechocolateshow.co.uk

Three of London’s most famous museums are on The Kensington’s doorstep and if you can’t pack them all into one day take advantage of The Natural History Museum’s late night openings, which happen on the last Friday of every month (except December). This month it is on 27th October, when visitors can spend the evening in the pop-up planetarium, meet scientists, take a tour of the Treasures Gallery or mingle with dinosaurs. nhm.ac.uk/visit/exhibitions/lates

The Victoria & Albert’s exhibition explores the era-defining significance and impact of the late 1960s, expressed through some of the greatest music and performances of the 20th century alongside fashion, film, design and political activism. The Kensington has partnered with the exhibition to offer a special package for its guests.  doylecollection.com/hotels/the-kensington-hotel/packages/slice-of-the-city-experience-the-v-a

Get dressed up as your favourite spooky character and join the Royal Parks Foundation for some hair-raising fun at Hyde Park. Delve into the ‘feely boxes’ in the witches den, uncover spine tingling facts about bats on a nature trail and create your very own magical potion using herbs and plants from the garden. royalparks.org.uk/news/blog/top-ten-things-to-do-in-the-royal-parks-this-autumn2 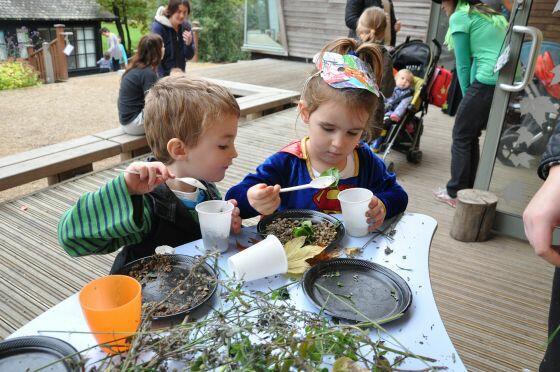 Eateries across the capital are concocting special menus to celebrate London Restaurant Festival, and complement a programme of food and wine related events taking place. Nearby fish restaurant Kensington Place is offering two courses for £20 or three courses and a glass of Prosecco for £25 per person, chosen from the chef’s British menu. kensingtonplace-restaurant.co.uk/offers/london-restaurant-festival-2016 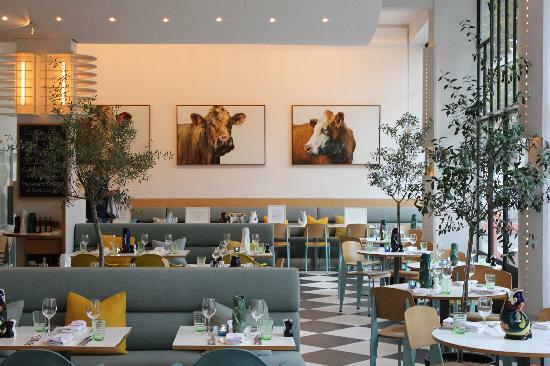 Royal College of Art graduate Gareth Parry brings his show ‘Look Stranger at this Island Now’, a collection of works from the mountain to the sea and all that is in between, to the Thackeray Gallery from 11th-28th October 2016. Parry works predominantly with a palette knife, creating extra-ordinary energy and light with the paint. For many years he painted en plein air only before reverting to studio work based on sketches and memory. His landscapes and seascapes, while inspired by his local environment of Wales, are more about weather and the natural elements than the place alone. thackeraygallery.com