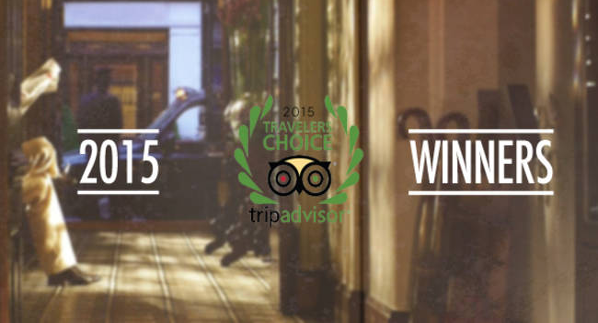 And we are delighted that the Doyle Collection group is featured prominently. Over 700,000 hotels worldwide were assessed for the awards’ various categories, which include ‘Top Small Hotels’, ‘Best Luxury Hotels’, and ‘Most Romantic Hotels’. Ranked within international and regional lists; there’s a whole host of specific categories just for Ireland.

First up, we’re thrilled to announce that three Doyle Collection hotels feature in the main Irish category; ‘Ireland’s Top 25 Hotels’. In 8th place, it’s the River Lee Hotel. Though it’s just a short stroll from Cork city-centre, the hotel boasts a tranquil and idyllic waterside setting. The Westbury, our luxurious Dublin city hotel located off bustling Grafton Street, is at No. 11. Finally, the Croke Park Hotel, which stands beside historic Dublin sports stadium Croke Park, ranks at No. 19. 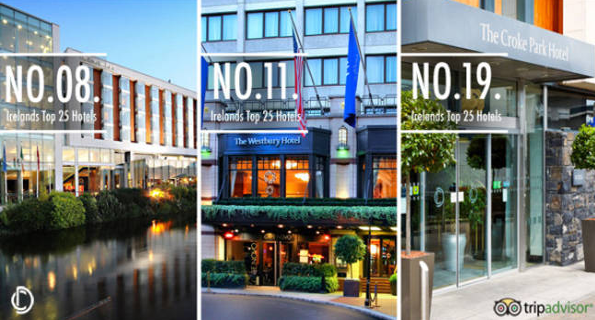 And the great news for these three hotels doesn’t stop there. Not only did they score high in the TripAdvisor Awards; we can also confirm that they were winners at the recent CIE Tours International Awards of Excellence too. At the 24th annual event, the Westbury was awarded Best 5* Hotel in Ireland, while the Croke Park and River Lee Hotels were both given awards of excellence.

This next part’s for you romantic types! The aforementioned 5-star Westbury features in two more winning awards lists; ‘Ireland’s Top 25 Hotels for Romance’, and ‘Ireland’s Top 25 Luxury Hotels’. You’ll see why when you visit; a sweeping staircase leads from the luxurious foyer to the opulent Gallery Lounge; known as Dublin’s grandest drawing-room. Bedrooms meanwhile offer stunning panoramic views of the city, making any stay in the hotel extra special. 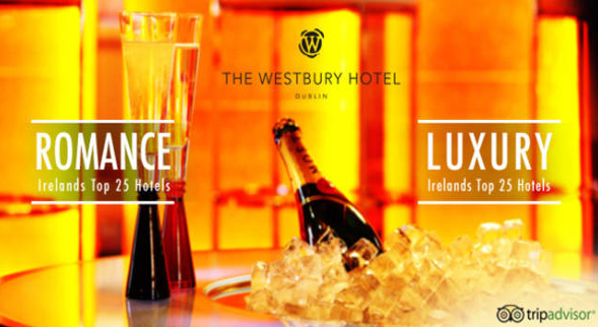