Blog (U2 at Croke Park: The Homecoming)

U2 at Croke Park: The Homecoming

The gig of the year 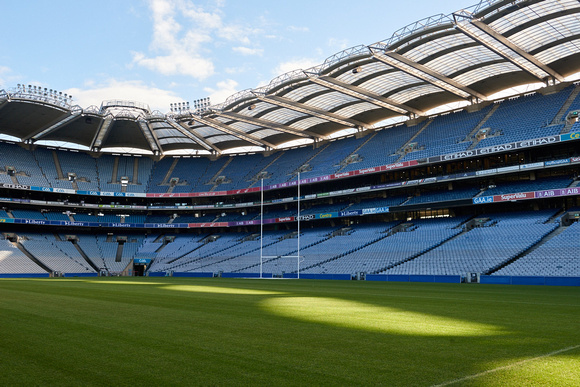 It’s the gig that sold out almost immediately, as lifelong fans of U2 scrambled for a place in the crowd for their ultimate homecoming gig. And on Sunday, no one was disappointed.

A gig in Croke Park is always special, but when it’s from a band that’s so ingrained into the spirit of Ireland, you just know it’s going to be a doozy. Thirty years after the release of Joshua Tree, U2 were coming home, and there was only one venue for the job – Croker.

The transformation of Croke Park from sports stadium to gig venue is an incredible process, and U2 gave us a sneak peak as to how the place would look the day before the gig…

Then, on the day itself, the excitement was palpable from the moment the band’s plane touched down at Dublin Airport…

Bono kicked off proceedings, declaring “Croke Park is special for all kinds of reasons. Let’s have an epic night of rock and roll.”

Then there was the very special moment during Where The Streets Have No Name, where the Irish Air Corps flew over Croke Park, with streams of the tri-colour trailing through the Dublin sunset.

There was a moving section of the concert where strong women were honoured, including the Irish Captain Dara Fitzpatrick.

Only saw this now. Dara was at many #U2 gigs; stunning tribute to see her remembered with women of influence #Rescue116 #U2TheJoshuaTree2017 https://t.co/OLCe4w4k2d

Caroline Millar, Business Development Manager at The Croke Park, attended the gig with guests of the hotel, and says…

"The atmosphere is always electric at Croke Park, however I have never been at a concert where every single person was on their feet from the first song until the last! U2 definitely brought it home!"

The entire crowd were on their feet from start to finish.. #U2TheJoshuaTreeTour @CrokePark with @crokeparkhotel and our lovely guests! pic.twitter.com/6v59RNu14Q

Check out this official video of the gig - it'll give you goosebumps.

If you want to catch up with more pictures and video from the gig, check out the hashtag #U2TheJoshuaTreeTour2017 on Twitter and Facebook. You can find The Croke Park on Twitter  here.