A witty take on L. Frank Baum’s classic story The Wonderful Wizard Of Oz– which was of course made into a  dazzling 1939 film starring Judy Garland –Wicked is in fact based on a 1995 novel by Gregory Maguire, titled Wicked: The Life & Times of the Wicked Witch of the West. In this clever and subversive tale, we travel back in time to meet teenagers Elphaba (the awkward and self-conscious Wicked Witch of the West) and Glinda (a hilariously high-maintenance Good Witch of the North!) who, despite very different views on the world, become friends. We won’t give any more away – let’s just say the film won’t ever feel the same after you understand the factors that led to the Wicked Witch’s fall from grace!

Wicked has to date won an astonishing 90 international awards, and is currently the 15th longest-running West End musical of all time – making its imminent arrival at Bristol all the more exciting. Running from February 18 – March 21, ticket prices range from £22.50 to £75. The Hippodrome is conveniently located in the centre of Bristol. Built in 1912, it celebrated its centenary in 2012 with a performance of the aptly-titled 'Thanks For The Memories'. Over the years, it’s also hosted – to name but a few – 'Les Misérables', 'Miss Saigon' and 'Blood Brothers'.

And unsurprisingly, there’s a fantastic selection of shows planned at the Hippodrome ahead of Wicked’s arrival! Fans of good old-fashioned rock ‘n roll will love 'Buddy'; the story of legendary performer Buddy Holly. Featuring hits like ‘That’ll Be The Day’, ‘La Bamba’ and ‘Johnny B. Goode’, you’ll be dancing in the aisles before you know it! 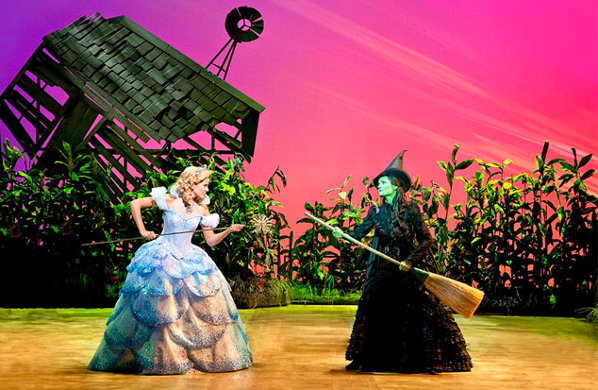 Following 'Buddy', a hilarious British slapstick; 'One Man, Two Guvnors' takes to the stage from June 9 – 14, ahead of a one-off singalong performance of that most classic of musicals, 'Grease'! (June 15) Next up, the ‘purveyors of cool’; aka The Rat Pack Vegas Spectacular Show do their very smooth thing on June 19, before classic musical Singin’ In The Rain runs for 18 days (July 22 – August 9). Direct from the West End, the show features singing, dancing, and of course rain (12,000 litres of water in fact!).

Wicked! runs at The Bristol Hippodrome from February 18 - March 21. Tickets are available from ATG.