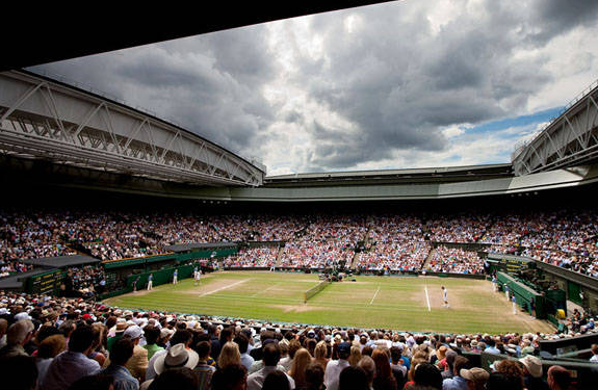 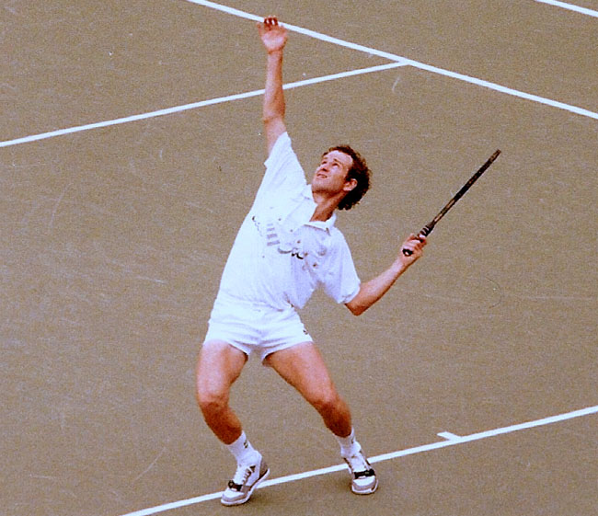 Some outbursts are so good, they’re still remembered. It is over 30 years since New Yorker John McEnroe had his infamous outburst in which he hurled the words “you cannot be serious.” Playing against fellow American Tom Gullikson, McEnroe disapproved of the umpire over a call, arguing he had hit the ball inside the court.

“You can’t be serious man, you cannot be serious!” he shouted, rising to a huge crescendo along with a gasp from the audience. The phrase even began the title of his autobiography.

Cliff Richard entertaining the crowd during the rain in 1996.

The torrential rain that put the men’s quarter-final on hold gave a totally unprepared Sir Cliff Richard the chance to improvise. Though he was just there as a spectator, Sir Cliff recalls: “I started with ‘Summer Holiday’ as a bit of a joke… and the crowd saw the vulnerability of someone singing without any help. They were magnificent, right from the very first moment.” 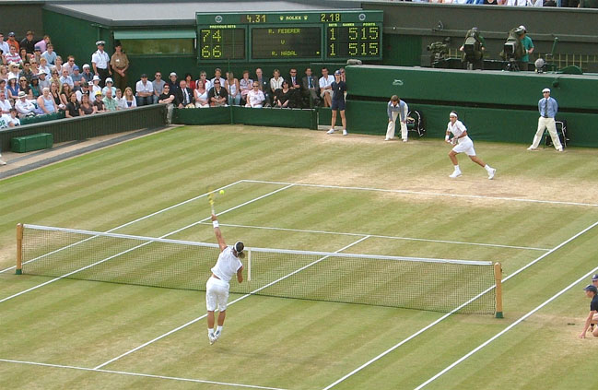 It is said to be the greatest match in history. In 2008, Rafael Nadal and Roger Federer came head-to-head, ending Nadal’s five-year hold on the trophy. The match took 4 hours and 48 minutes, and the energy was palpable throughout the crowd. Looking back Federer commented: “I cried incessantly for half an hour in the dressing room. Tears of disappointment and self-recrimination.”  Powerful stuff. 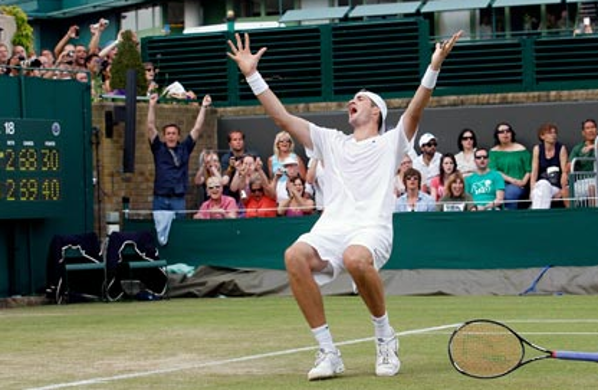 11 hours and 53 minutes of play over three days. In 2010, the longest ever match was between American John Isner and Frenchman Nicolas Mahut. These two unknown players (at the time) refused to lose, though eventually Isner proved himself the stronger opponent.

Isner ended up winning 70 games to 68 in the fifth set, taking  8 hours and 11 minutes. “Nothing like this will ever happen again,” Isner said. “He’s serving fantastic, I’m serving fantastic. That’s all there is to it.” 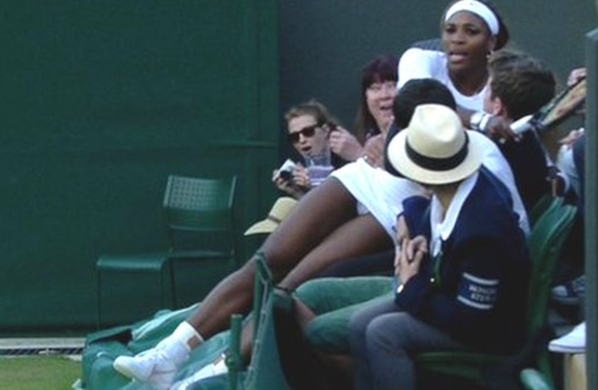 During an intense doubles match with sister Venus, Serena Williams careered off-court and - before she could stop her trajectory - found herself plonked in a bemused spectator’s lap. “Some wonderful gents caught me as I dove in the crowd”, she later told reporters. “It was so embarrassing, I just had to laugh!”