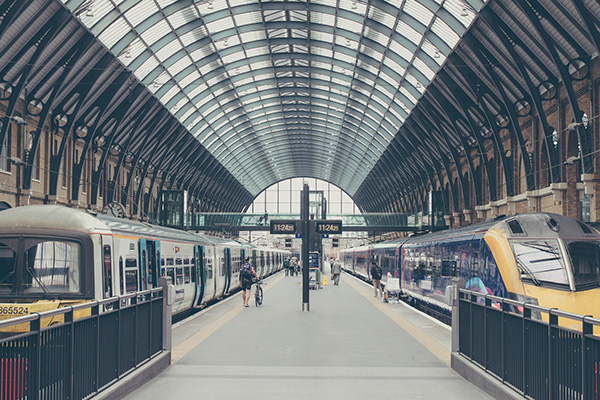 Which local spots mean something special to you and why?

Lamb’s Conduit Street. It’s a place I have always loved and now I am happy to call home. The diversity of businesses and people are a great draw. I seem to spend half of my time (and most of my money) in  La Fromagerie.

The British Museum. It’s a bit of a cliché, but if you get away from the crowds you can wander around here for hours and never get bored. It’s quite rare as a Londoner to feel like a tourist and get a little bit lost, but here you can. My favourite spot is the room dedicated to Parthenon.

Granary Square. The recent transformation of the area around Kings Cross has been amazing to watch. They have managed to maintain and keep the original buildings while completely reimagining the area. I studied here at St Martins and there is nothing better than sitting on the AstroTurf steps that look into the canal during the summer months. 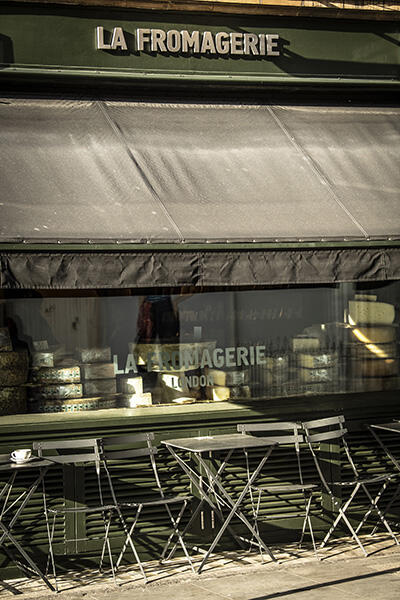 Kirk:
Fitzroy Square.  My favourite place in London. I was lucky enough to live in the square for some time from an early age.

St. Pancras International.  The first place I ever set foot in London when first coming from Leicestershire many years ago.  It is, to me, the most beautiful of all London’s Victorian stations.

Berwick Street.  A fabulous street in central London, certainly my favourite in Soho, and home to one of the greatest cafes in the capital, Flat White, plus a fleet of stores which I love:  Oliver Spencer,  Nudie Jeans,  Universal Works and the inimitable  Sister Ray record store. 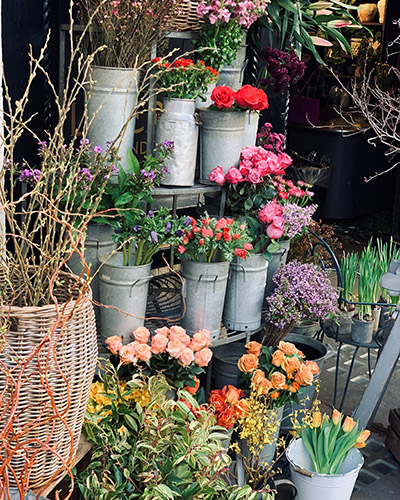 What are your favourite shops in the neighbourhood?

Liberty of London. It’s home to so much inspiration. As a student I interned there and have been lucky enough to now sell my work at the store, hold life-drawing workshops, and create its window display for Fashion Week.

Cornelissen.  Opposite The Bloomsbury, this shop reminds me of my childhood excursions to London, which usually included a trip here, Tate Britain and afternoon tea.  This is a heavenly art shop – the jars of pigments which line the back wall are on any studio’s wish list.

Curzon Bloomsbury.  It used to be independent and is now owned the Curzon group, and it’s one of the most beautiful small cinemas around.  Set in the Brunswick Centre, it reflects the Brutalist architecture with pink concrete floors and all-glass frontage. Once you try one of London’s many independent cinemas you never go back to the big chains. 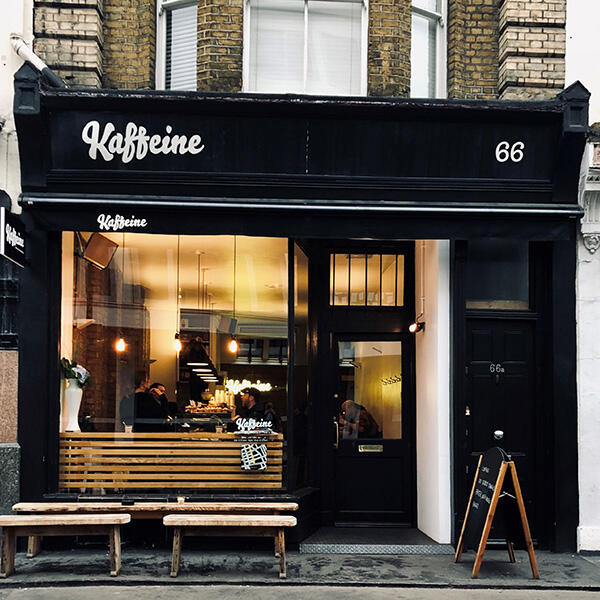 Liberty of London. I was lucky enough to work there for several years – in fact I guess you could say I grew up in that store. Today, I visit a couple of times a month, and usually end up buying something beautiful but that I don't really need.

Kaffeine.  There’s hardly a day in the year where I don’t visit for my morning flat white.  It’s been my favourite cafe in Fitzrovia for almost a decade.

The Kings Canary.  Where would I be without my barber? Gavin Cornwall and Stanley Watts founded The Kings Canary in 2013 and it’s become one of the best salons in Central London. I first visited them in early 2014, and we became great friends. I haven’t let anybody else touch my hair since. 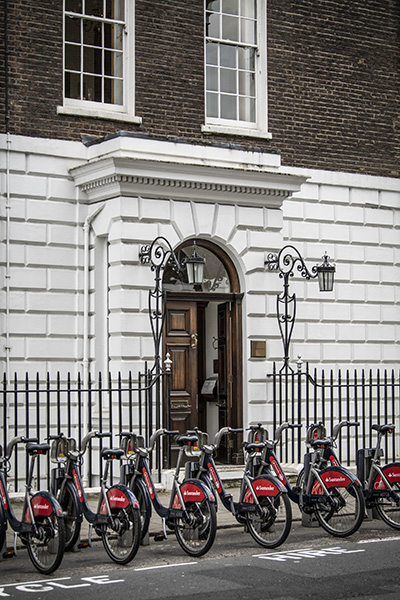 Any local advice for someone staying in the area?

If you can, avoid public transport. Walk everywhere and see the capital for yourself at street level.  And if you’re capable – and confident with a bit of traffic – hire a bike and follow some of the cycle routes that have been set up in recent years. It’s arguably the best and most cost-effective way to get around. 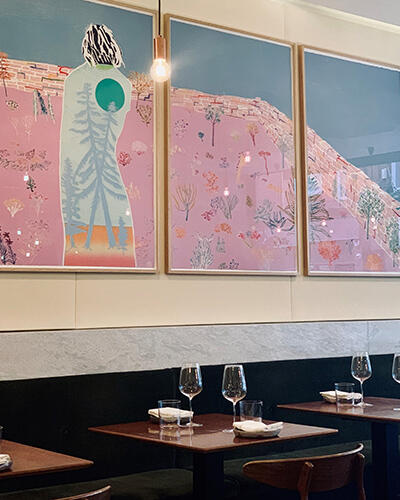 Avoid chains and try independent restaurants and cafes which are carefully hidden around each corner, off the main roads.  I would recommend Portland, nearby, for dinner, and  Lantana for breakfast – the brunch there is one of the best in Central London.