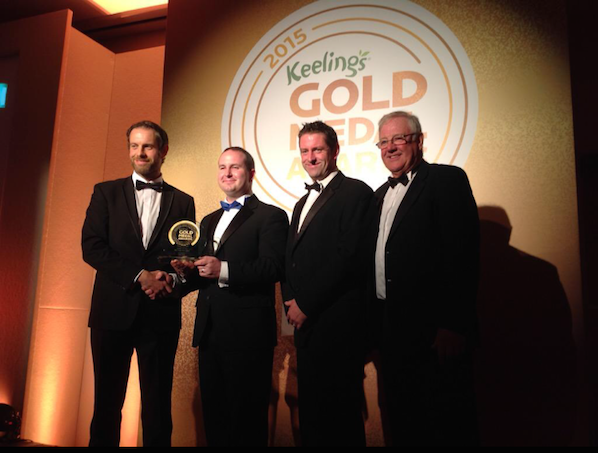 On Tuesday 29th September, The Croke Park hotel won the accolade of Ireland’s City Hotel of the Year 2015 at the Hotel & Catering Review Keeling’s Gold Medal Awards. It’s the second year in a row that the hotel has come out on top, and all of the team are thrilled with the win. General Manager Alan Smullen says: 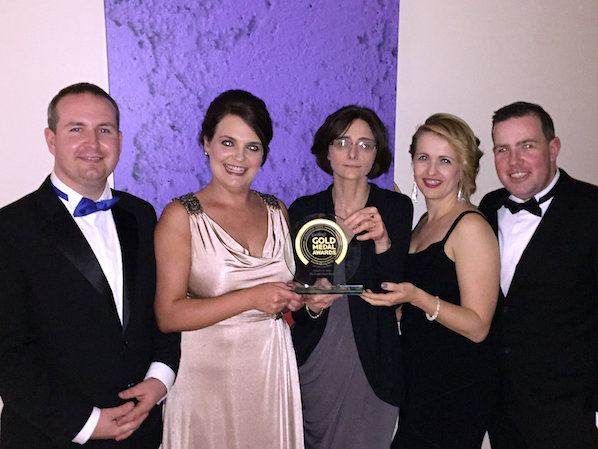 “The team here at The Croke Park are dedicated to delivering genuine hospitality to all our guests and patrons.  The consistency of this delivery and the passion that the team have for ensuring our guests enjoy their stay is central to the continued success of the hotel.  The winner of this award is selected via a public vote, which makes it such a huge honour to have received it for the second year in a row.  On behalf of all the team here, thank you to everyone who voted for us.”

As well as the hotel’s dedication to its customers, the warmth of the staff and the excellent level of service they provide, their efforts on social media were noted in the awards. The hotel had created a campaign to encourage their guests and followers to vote. They gained exclusive access to the Etihad Skyline Tour at Croke Park Stadium to snap some great Polaroid-style pictures of their staff, which went down well with their followers (including some GAA stars). This is something the team at The Croke Park are great at doing – remember the Ed Sheeran photo opps? 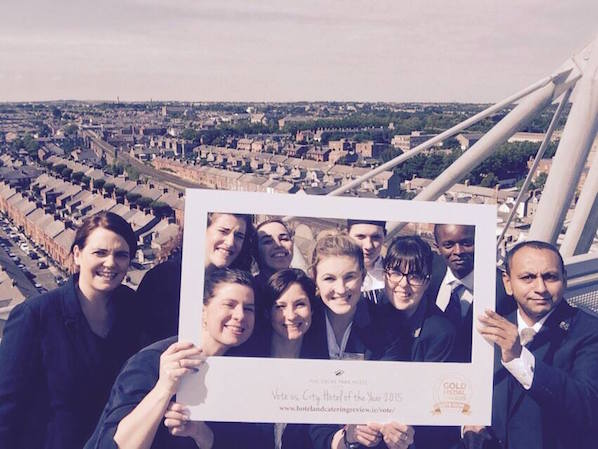 It’s this sense of fun and light-heartedness that make The Croke Park so popular with its guests. When there’s a match on in Croke Park and spirits are high around the stadium, the atmosphere is continued in the hotel, with staff carrying on the feeling of fun inside. When guests arrive for a city break or a holiday, all of the staff put in every effort to make sure their needs are met. Even if this means travelling in the lift each day with a young guest who had a fear of elevators (which has happened!)

The team at The Croke Park are passionate about their hotel and their guests, and this award recognises all of their efforts. It’s a much-deserved win, so congratulations to all of the team! 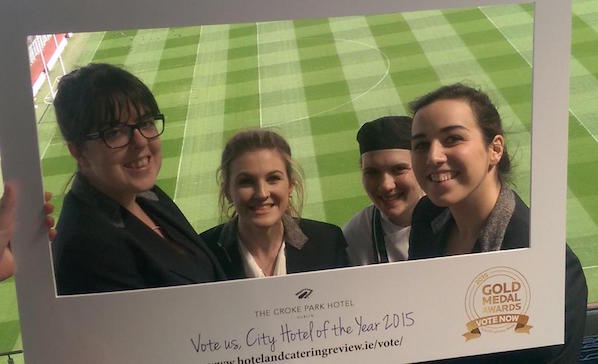